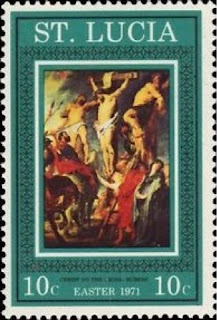 In the late 1960s and early 70s the issue of Easter stamps became popular in a number of Commonwealth territories following the success of Christmas stamps which had been issued increasingly from the early to mid 1960s. Coupled with the then popularity of 'art on stamps', many of the stamps featured designs which used 'Old Master'paintings. The issue of Easter stamps had a transient popularity with client territories of the Crown Agents and, when their money-making potential was recognised, with IGPC.
In keeping with it being Good Friday, depicted here are a number of stamps issued from 1968 to 1982 by Commonwealth postal entities on the subject of the Crucifixion. 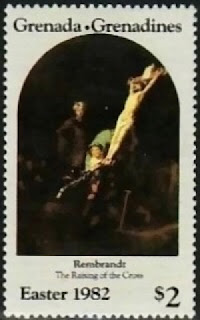 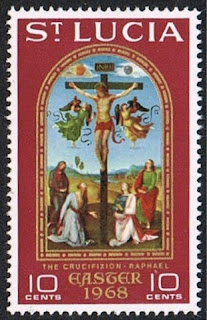 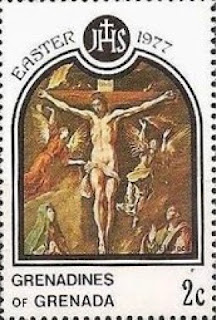 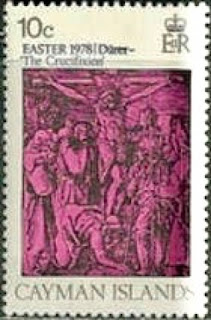 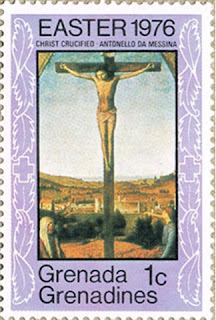 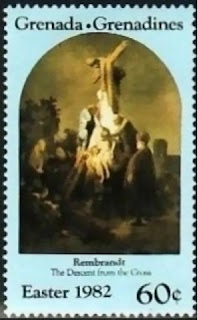 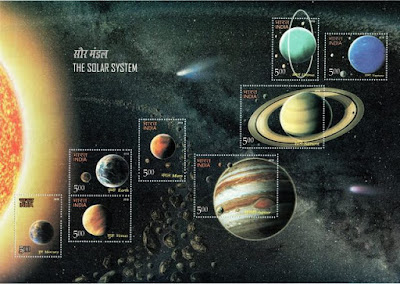 🇮🇳 India Post issued a miniature sheet containing 8 different stamps on the subject of 'The Solar System' on 20 March 2018. This item, printed by Security Press Hyderabad, and for which no reason is given for its release at this time, is certainly very colourful but one is bound to ask, other than for the generation of revenue for India Post, why is such an issue necessary? Rating:- *.
The issue was designed by Shri Suresh Kumar. 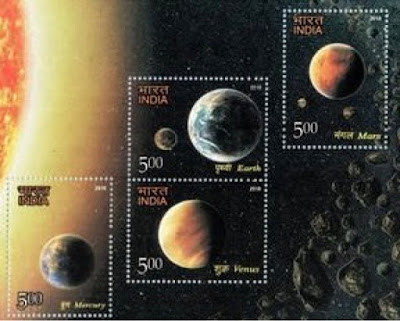 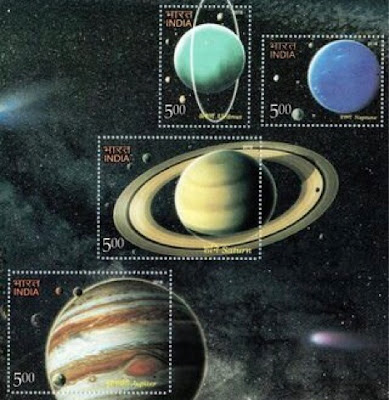 🇮🇲 The Isle Of Man Post Office will issue a set of 10 stamps and a booklet containing 10 self-adhesive stamps to commemorate the Manx government's official "Year of Our Island 2018" project. The designs are made up of photographs by Simon Park who is a resident of the island. The issue was designed by Isle Of Man Advertising and lithographed by Cartor and perforated 14. Rating:- ***. 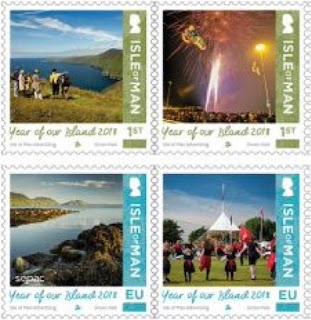 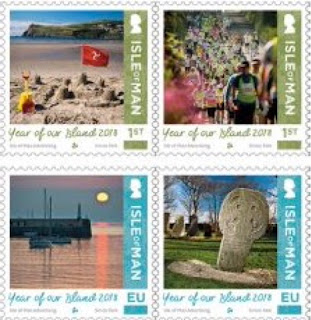 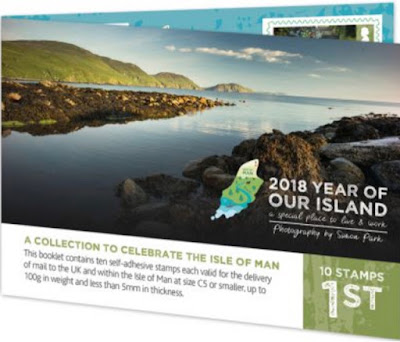