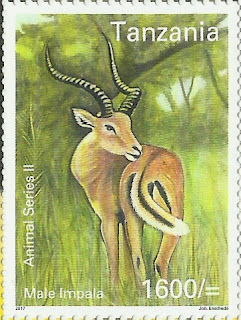 🇹🇿 After a couple of years of releasing nothing but IGPC issues, many of which had no direct or at best only tangential relevance of subject matter to Tanzania, the Tanzanian postal service has released a set of 6 stamps and 2 miniature sheets titled "Animals Series II" which have all the hallmarks of being local in origin although they were lithographed by Enschedé. The date of issue was 13 February 2017.
It is an attractive, straightforward issue and I hope we see some more stamps like this from Tanzania than the dreary Princess Diana and Royal Family issues which its New York-based agency continues to pour on to the philatelic market. Rating:- *****. 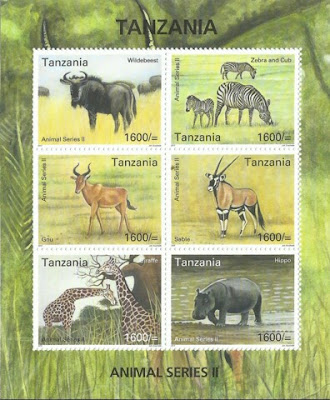 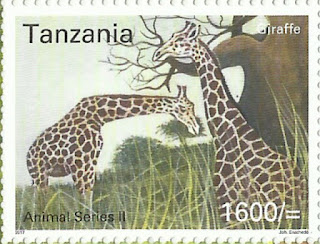 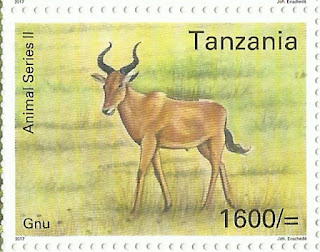 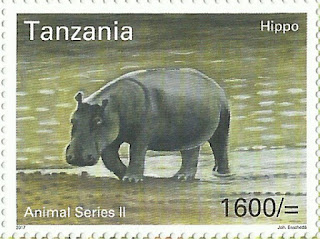 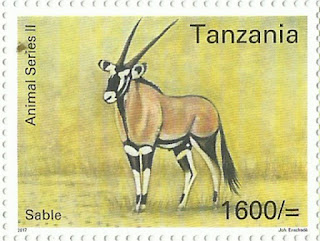 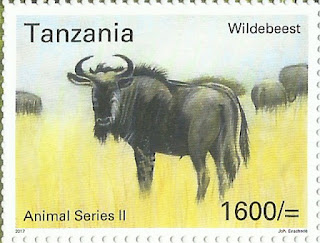 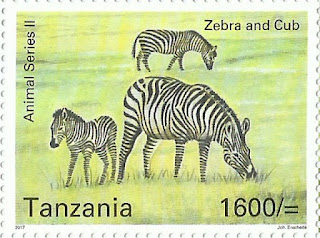 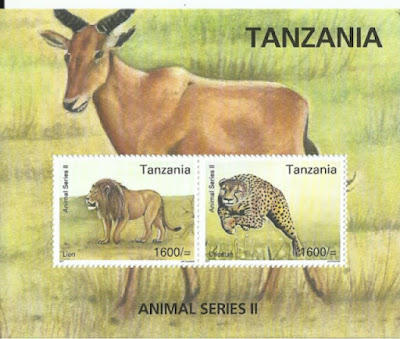 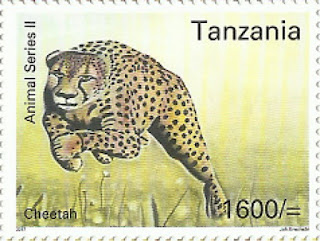 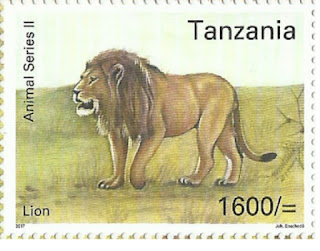 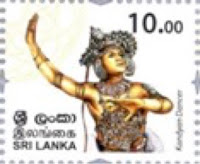 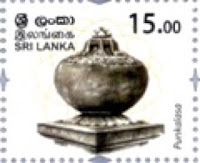 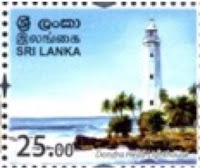 🇫🇷 It's not often that France's La Poste features English kings on its stamps but a miniature sheet was issued on 7 July 2017 as part of its "Great moments in French history" series. One of the stamps included in the sheet commemorated the Treaty of Picquigny which was concluded between King Edward IV of England and Louis IX of France on 29 August 1475. At the time the English were allied with Duke Charles The Bold of Burgundy against the French and Duke Charles had asked King Edward to land English forces at Calais which he duly did on 16 July 1475. The scheming Louis countered the moves of Charles The Bold by offering a large sum of money to ensure that Edward would withdraw his forces and the 2 kings met on a specially constructed bridge with a wooden grill between them at Picquigny near Amiens. Louis offered Edward a sum of 75000 crowns and a yearly pension of 50000 crowns thereafter as well as paying the ransom of England's deposed Queen, Margaret of Anjou, wife of the legitimate king, Henry VI, whom Edward had had murdered.

This bribe was all very acceptable to Edward and he duly withdrew his forces from France but several notable people on both sides viewed the agreement as being somewhat dishonourable.
La Poste has depicted Edward IV shaking the hand of Louis through the grill on the bridge. Edward IV has also been depicted on a number of stamps from Commonwealth countries most notably on one of the six stamps in the "York and Lancaster monarchs" set issued by Royal Mail in 2008 (the unfortunate Henry VI, Edward's victim, was also depicted in the same set) and on a stamp in the remarkable "British monarchs" set of Barbuda which was issued in 1970 (depicted below, I can hardly believe that almost 50 years has passed since this set was released). 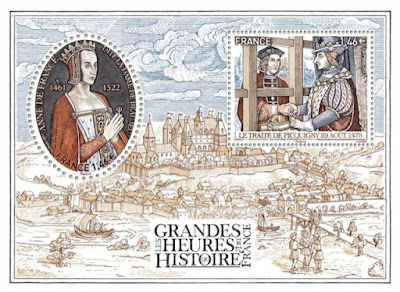 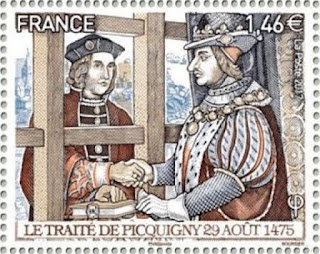 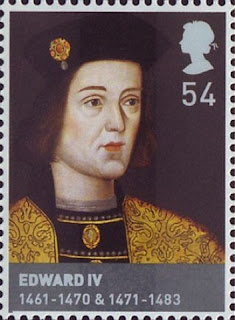 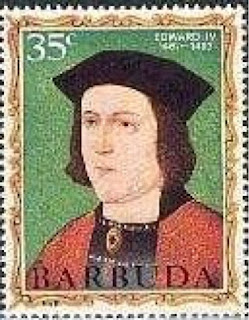