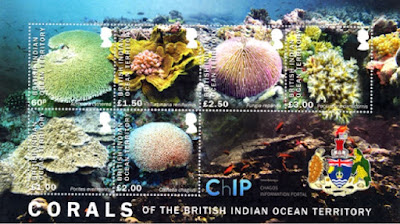 🇮🇴 The postal service of the British Indian Ocean Territory issued a miniature sheet containing 6 different stamps on 5 September 2017 on the subject of Corals of the territory. Although the face value of the sheet is a little high I like the issue very much - the photographs used in the stamp designs are well chosen and are colourful and interesting. Rating:- *****. 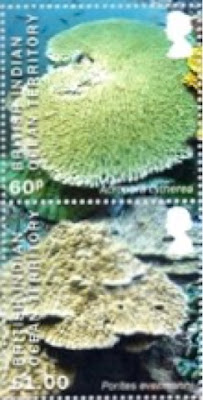 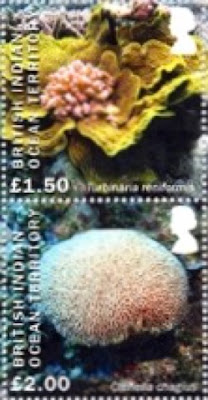 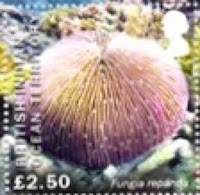 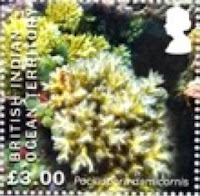 🇬🇬 Guernsey Post Philatelic Bureau has sent out its series of Post and Go stamps dispensed from kiosk GG01 situated for the summer season in Smith Street post office which are in the form of the "Lighthouses" designs with various additional inscriptions to welcome the passengers on board a number of different cruise ships on the days that they were visiting the island. The set is made up of 26 strips but does not include the first strip for the visit of the Caribbean Princess which was issued on 21 April 2017 and was sold separately to collectors. Unfortunately I cannot say how many additional strips were issued for the repeat visits of some of the ships.
Some repeat visit inscriptions are included in the set for the days when 2 ships were in port with the inscriptions naming the 2 visiting cruise ships. Presumably the logistics of loading the kiosk with 2 different strips each with their own inscriptions was too daunting especially as the kiosk was also dispensing the "Guernsey Flag" stamps at the same time. For collectors this at least meant that they were only having to buy one strip instead of two.
Excluding the first Caribbean Princess strip, the total cost of the 26 strips is £117.12p (£104.12p face value plus 26  x 50p handling charge for each strip). For that you get 156 stamps. I think it's an interesting issue aimed at meeting a justifiable need - that is - addressing the potential postal and souvenir needs of cruise visitors to the island. Quite Collectables, I think. 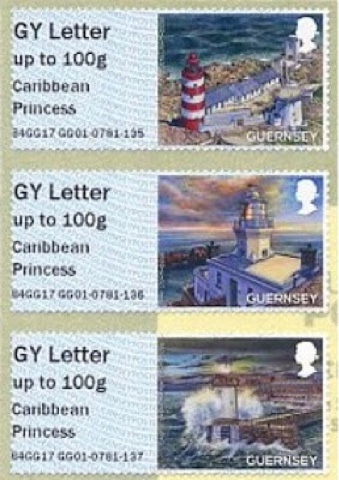 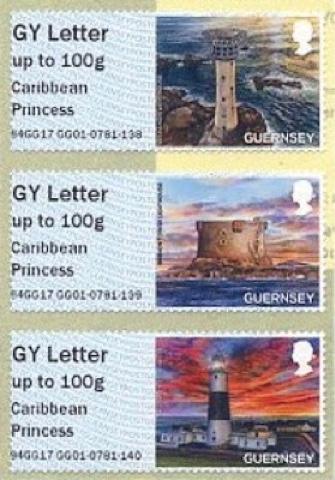