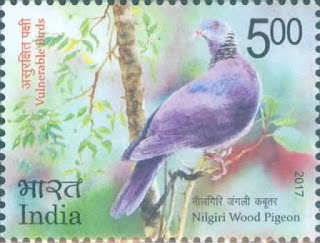 🇮🇳 India Post issued a delightful set of 3 stamps and 1 miniature sheet on 18 September 2017 on the subject of "Vulnerable Birds". Rating:- ****. 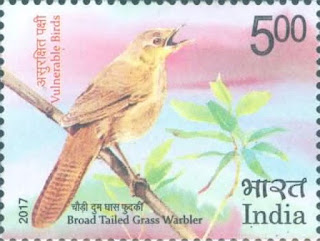 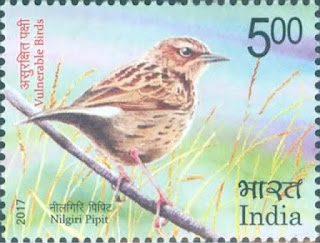 🇲🇾 Pos Malaysia issued a sheetlet of 15 different stamps on 11 September 2017 which depict the current King of Malaysia - the Yang di Pertuan Agong - and his 14 predecessors The set was issued to coincide with the birthday of the current ruler, Sultan Muhammad V, and was designed by Shahrul Izhar. I have listed the Yang di Pertuan Agongs in a previous Blog. Rating *****. 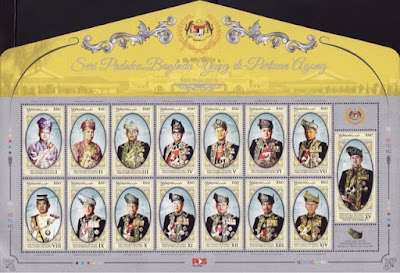 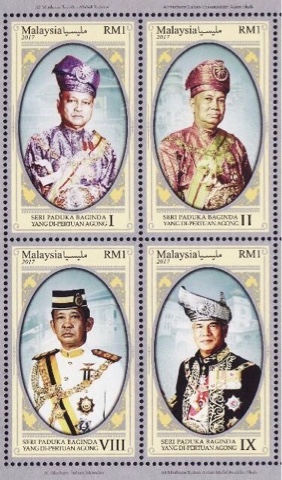 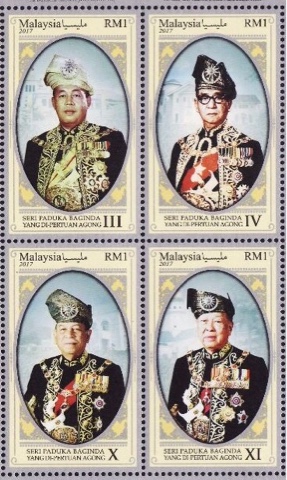 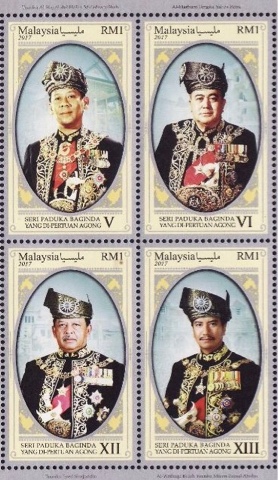 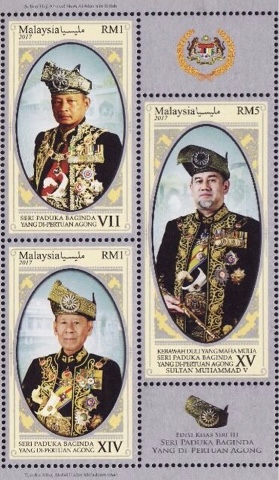 Pos Malaysia then issued a set of 4 stamps and an accompanying miniature sheet in 2 different values (Rm3 and Rm6) on 14 September 2017 on the subject of "Negaraku", the Malaysian national anthem, which had been derived from the State Anthem of Perak which had been devised by Sultan Abdullah of Perak during his exile in Seychelles whence he had been sent for abetting murder. The anthem is thought to have been based on a tune he heard in Seychelles and which was popular there and called "La Rosalie" composed by the lyricist Pierre-Jean de Beranger. The stamp designs are based on winning entries in an art competition. Rating:- ***. 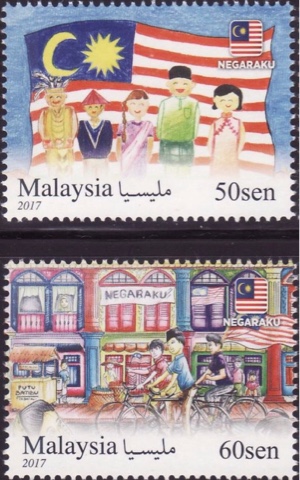 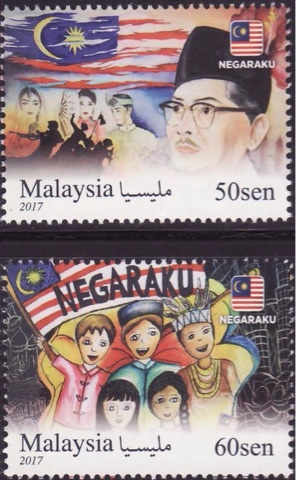 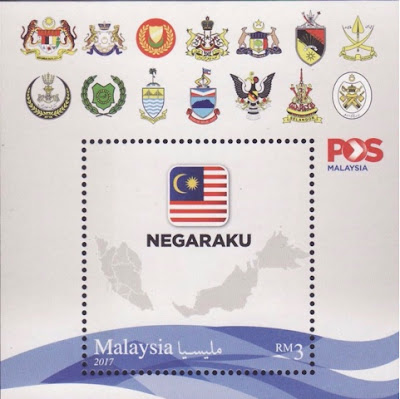 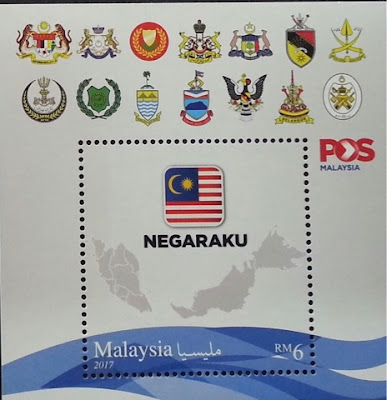