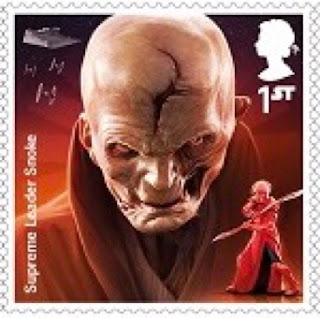 🇬🇧 In a year when Royal Mail has commemorated ordinary British heroes and heroines of the First World War, it has now announced that it will philatelically commemorate Supreme Leader Snoke, a character that has nothing to do with worthy British heroes but everything to do with the worst in commercialisation.
Royal Mail will issue a tip-of-the-iceberg set of 8 stamps on 12 October 2017 to commemorate the 40th anniversary of the making of the American movie, "Star Wars" and the upcoming release of another episode in the ongoing Star Wars franchise which is to be called Star Wars The Last Jedi.
The stamps depict artwork by digital artist Malcolm Tween and feature various robots and creatures which have appeared or will appear in the numerous movies. Included is a creature called Supreme Leader Snoke - not to be confused with Supreme Leader Kim Jong-un of North Korea who may, any day, be about to end the world unless Supreme Leader Trump gets there first - who doesn't look like the usual sort of person to appear on British stamps. Neither does Maz Kanata or Porg for that matter though on the other hand, because this is the second Royal Mail set of stamps to highlight these movies, the likes of Chewbacca, R2-D2 and C-3PO are much more familiar to collectors of British stamps than important British historical figures such as Alfred The Great, Oliver Cromwell, Joseph Chamberlain and Charles Dickens who though he has had a couple of sets released over the years in his deserving honour has never himself been actually depicted on a British stamp.

Well you can't really blame Royal Mail for trying to cash in on another potential money spinner and it's impossible to claim that the folk at Royal Mail haven't done their best to leave no stone unturned in the pursuit of financial profit from this issue.
Hence there will be an "Ultimate Star Wars Collectors Sheet" which contains 20 different stamps from the new set and the original set and this will be accompanied by a "Star Wars Collectors Sheet - Droids, Aliens and Creatures" - the former will be sold for £13 and the latter for £7 (it is made up of 10 x 1st stamps, face value £6.50p).
Collectors can also have the pleasure of spending £7.80p on 2 self-adhesive retail booklets (one titled "Aliens" and the other "Droids" with each containing 6 x 1st stamps - 4 x Machin Head red stamps and 2 x new issue Star Wars stamps each sold for £3.90p).
Additionally we can indulge ourselves in purchasing a £15.99p 26 page Prestige Booklet which includes a pane of Machin Head definitives (2 x 2nd Class blue, 4 x 1st Class red and 2 x £1.40p with a central label depicting the ubiquitous R2-D2 and C-3PO). This booklet is available in an even more prestigious and, of course, expensive format, sold for a trifling £75, presented in an embossed "silver metal clamshell case" and inevitably in a limited edition (1977). The Prestige booklets will be issued on 14 December 2017.
Well, I suppose the greater the profits that Royal Mail makes from this collection, the more it helps to keep our postage rates down. It's an ill wind that blows nobody any good.
Rating:- *. 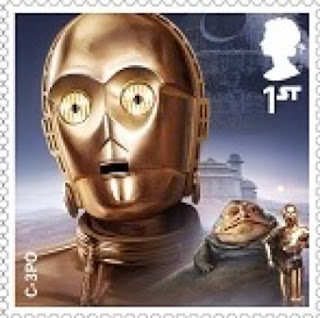 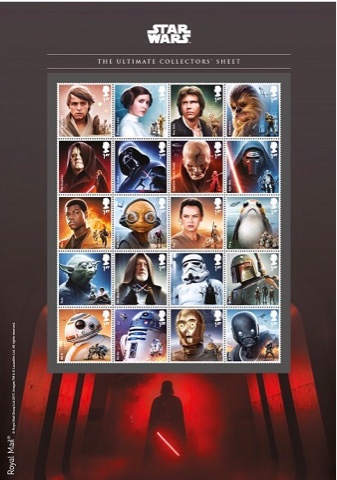 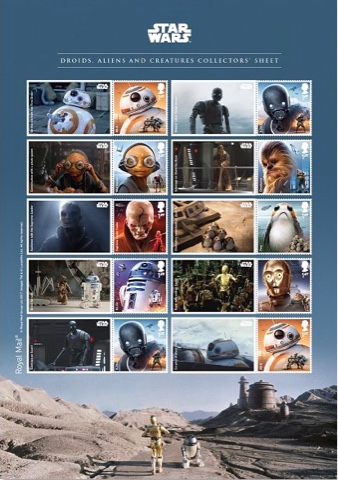 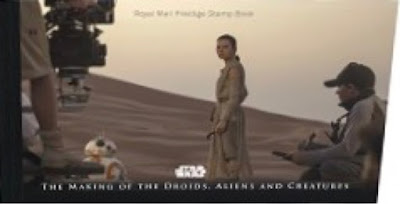 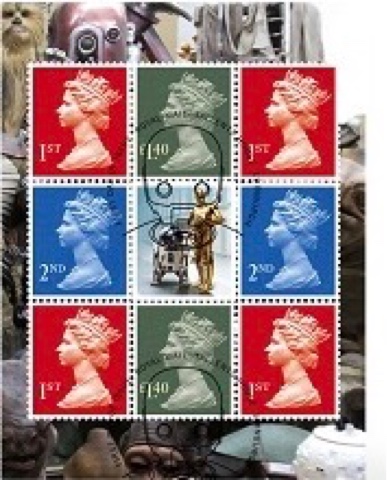 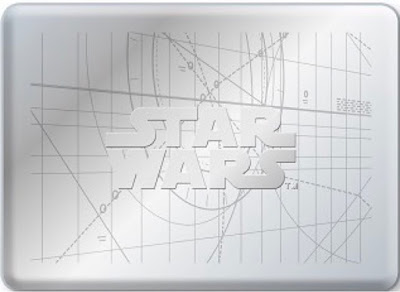 The previously mentioned Royal Mail Post and Go "Mail By Air" stamps Collectors strip to be sold in pack format on 13 September 2017 is now depicted below:- 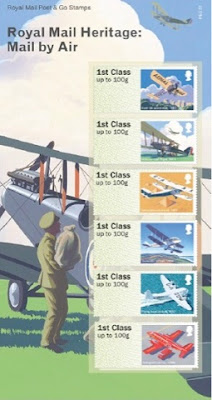