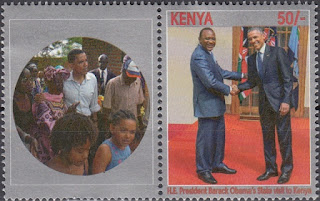 🇰🇪 Posta Kenya issued a single stamp to commemorate the visit of the former US President Obama to Kenya. The stamp was issued on 13 September 2017 and was issued in sheets with each stamp attached to a label of varying design. Rating:- **.
Previously a set of 4 stamps was issued on 13 September 2017 to commemorate the 17 United Nations Sustainable Development Goals. The designs are very simplistic and unexciting. Rating:- **. 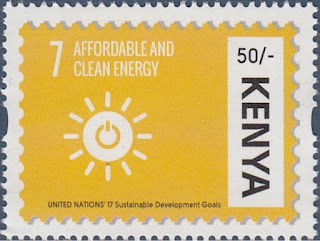 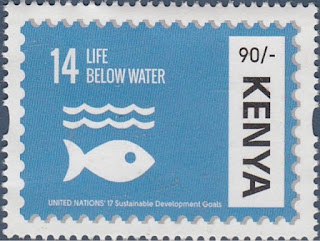 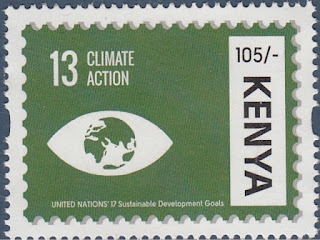 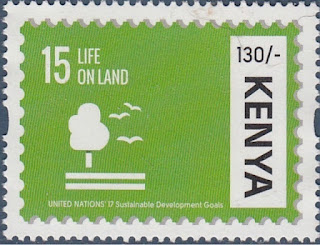 🇲🇺 Mauritius Post issued a single stamp on 6 September 2017 to commemorate the 50th anniversary of The Bank Of Mauritius. The rather unexciting design depicted the first Governor of The Bank of Mauritius, Aunauth Beejadhur, who was in post from July 1967 to December 1972. Rating;- **. 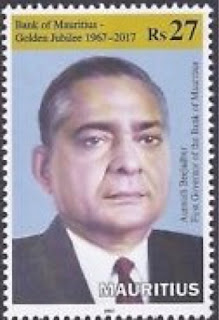 🇮🇳 India Post issued a set of 11 stamps (10 x Rs5 and 1 x Rs15) in a se-tenant block on 22 September 2017 on the subject of the Ramayana, an Indian epic poem which narrates the story of the struggle of Rama to rescue his wife Sita from the demon king Ravana. The block of stamps is produced in 2 different sheets as depicted below.
The issue was designed by Sh. Sankha Samanta and lithographed by Security Printer, Hyderabad. This is a spectacular and colourful issue and will look marvellous in any collection of modern stamps. Rating:- *****. 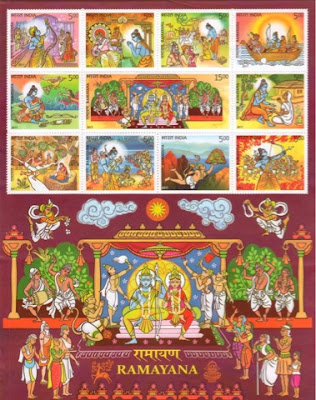 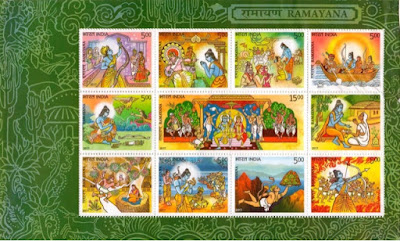 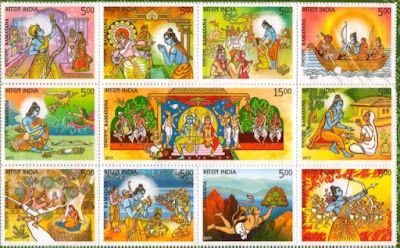 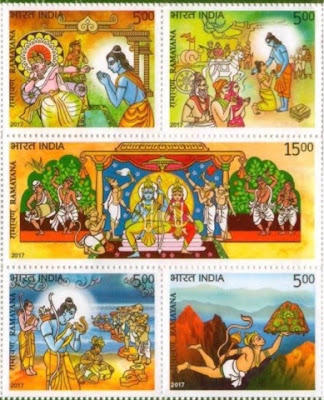