1079. 🇮🇲 Manx Cats And The Twelve Days Of Christmas.

🇮🇲 In Blog 1079 I listed a large number of issues which have just been released by IGPC with various philatelic entities' names printed on them. Sadly, it's becoming increasingly difficult to tell the difference between such items and those put out by the offshore British islands' postal administrations as well as that of Gibraltar. I wouldn't deny that the designs of the stamps of these small philatelic entities are generally much better than those of the stamps produced by the New York-based agency and that a much higher percentage are more relevant in subject matter than those emanating from New York but when it comes to excessive issuing, the small European dependent territories are no less guilty than IGPC.
Hence Isle Of Man Stamps And Coins has announced the release of no less than 3 more issues in the upcoming weeks. Ho hum.

22 September 2017 - The Bloodhound Project (a land vehicle designed to travel at speeds of up to 1000mph, the project is said to have ties with Isle Of Man). 1 miniature sheet, containing 3 different stamps. Designed by Isle Of Man Advertising and lithographed with metallic ink, varnish and thermochromic ink by Enschede and perforated 13. Rating:- 0. 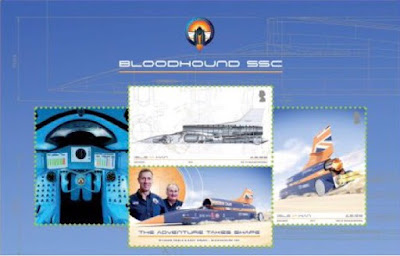 10 October 2017 - Paintings of Manx cats by Lesley Anne Ivory. 4 stamps designed by EJC Design and lithographed by Lowe Martin and perforated 14. Attractive if a little twee but there seems to be no reason offered to issue these items at this time. Rating:- **. 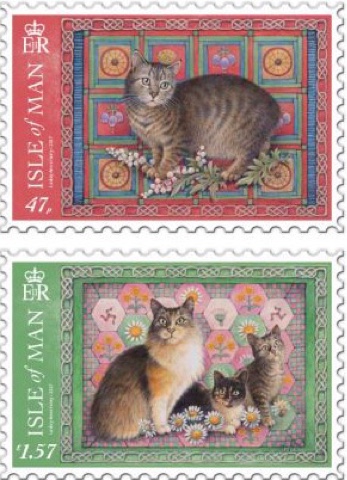 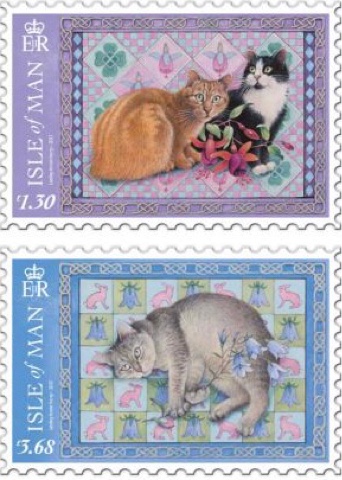 19 October 2017. Christmas, the 12 Days of Christmas (a subject featured previously on stamps from an increasingly large number of postal services). Designed by Catherine Rowe and EJC Design and lithographed by Lowe Martin and perforated 14. Pleasant designs but wholly unoriginal subject matter. Rating:- **. 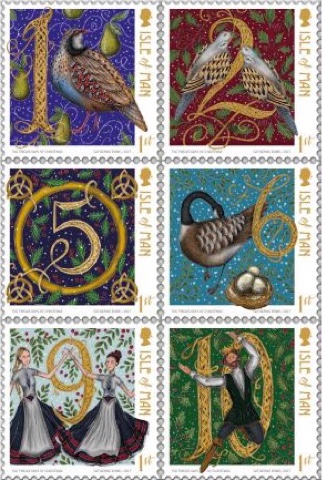 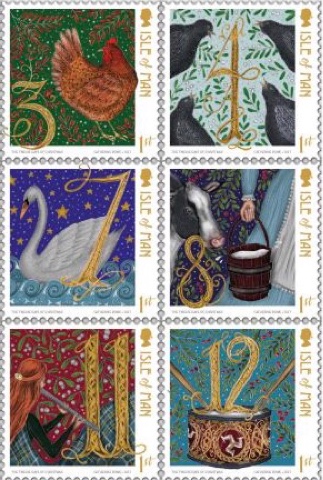 🇸🇧 Meanwhile Stamperija has produced paraphilatelic items this week with the name of Solomon Islands printed on them. It's the usual sheetlet of 4 different "stamps" and accompanying "miniature sheet" format. The featured subjects are "Towards The Year of The Dog", Birth Bicentenary of Ivan Aivazovsky, Rare birds of Solomon Islands, 40th anniversary of Charlie Chaplin's death, Nelson Mandela commemoration, Motorcycles, Formula 1 racing cars, Women's World Chess Championships held in Teheran, Australian trains, Table tennis, Emus, 60th anniversary of the first dog in space (Laika) and 75th birth anniversary of Muhammad Ali. The date of issue is said to have been 13 August 2017. Thirteen sub-sets in all. Rating:- 0. 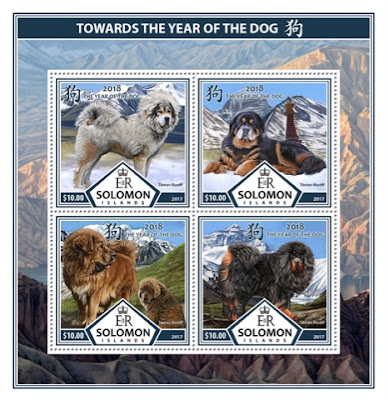 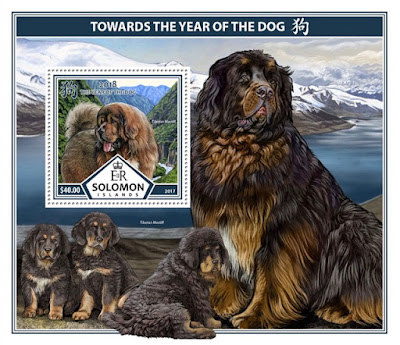