🇸🇬 Singapore Post will issue 5 stamps on 1 September 2017 to commemorate the 150th anniversary of the issue of the first stamps to be issued in Singapore. The stamps depict stamps and covers which represent various values from the set which was issued for The Straits Settlements of which Singapore was a part along with Penang, Malacca, Province Wellesley and Dindings, a Crown Colony which came into existence in 1867.
The first stamps were Indian stamps with an overprint depicting a crown and with surcharges applied according to various postal rates. They were put on sale on 1 September 1867 so that the new 150th anniversary stamps will be released on the actual notable anniversary. The issue was designed by Wong Wui Kong and lithographed by Lowe Martin Group and perforated 13. Rating:- *****.

🇲🇾 The Singapore issue will also be released in a pack along with the stamps being issued by Pos Malaysia also on 1 September 2017 to commemorate the 150th anniversary. The Malaysian issue appears to be made up of 3 stamps, each depicting 3 different stamps from the 1867 issue and look as though they will be very interesting. Rating:- *****.

🇦🇬 In Blog 1039 I mentioned the issue being released by IGPC in the name of Antigua And Barbuda which is on the subject of Fallow deer, which I was surprised to discover is the national animal of the island country in the Caribbean.
This issue is apparently made up of 3 sheetlets including that depicted in Blog 1039. The second of these items is now depicted below. I do not know the stated date of issue. 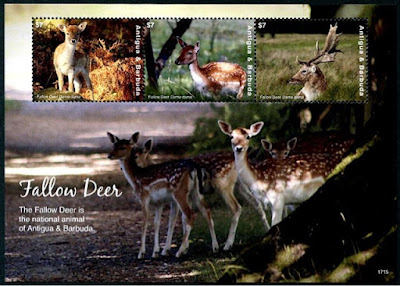 🇯🇪 Guernsey Post Philatelic Bureau "tweeted" on 21 August 2017 that Post and Go kiosk GG01, situated in Smith Street post office, dispensed "Lighthouses" stamps on that day with an added inscription to welcome passengers on board the cruise ship Mein Schiff 1 which was visiting Guernsey on that day.

Norvic Philatelics Blog has recently reported that labels dispensed by kiosk GG01 to welcome passengers from the cruise ship Silver Spirit were initially wrongly additionally inscribed "Sliver Spirit" but were corrected to "Silver Spirit" once the error was discovered. So, there are two versions of this issue, presumably one being rarer than the other. Norvic Philatelics Blog also remarks that the Guernsey cruise ship issues have not had a "great" uptake.


🇲🇾 In Blog 1063 I mentioned the set of 4 stamps issued by Pos Malaysia on 21 September 2017 to commemorate the South East Asia Games and I now include better illustrations of the stamps:- 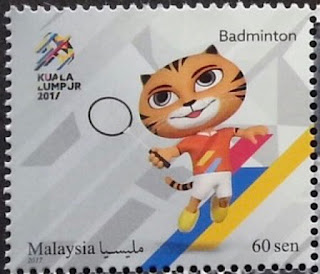 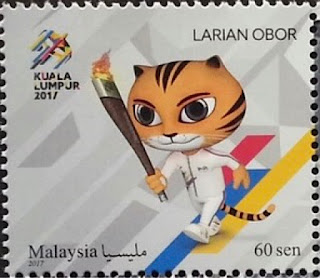 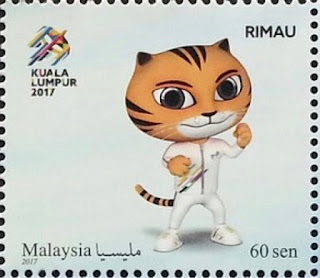 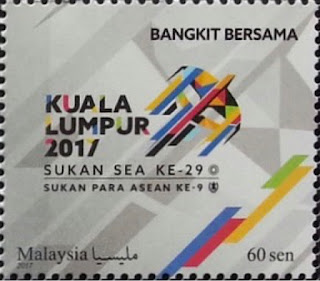 🇺🇬 In Blog 1038 I mentioned a recent set of stamps from Posta Uganda which depicted primates of that country. I included illustrations of 11 of the stamps used on piece but in a comment AlexRu detailed the values of the set and mentioned that the set was made up of a total of 13 values. I now illustrate below all 13 stamps which are in the issue. I still do not know the date of issue. Rating:- *****. 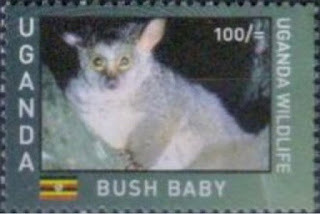 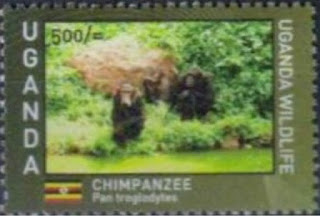 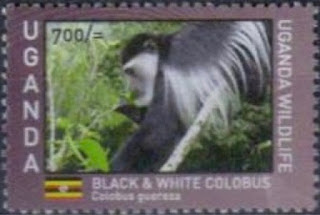 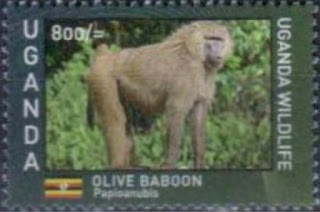 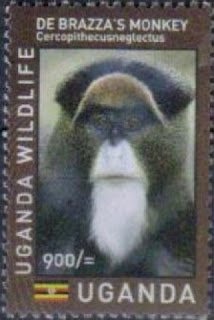 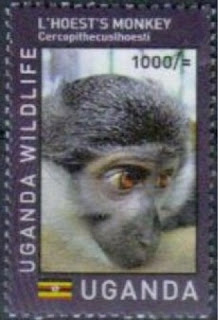 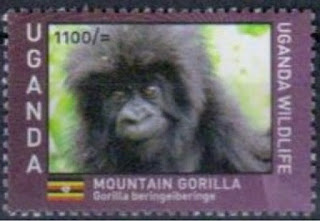 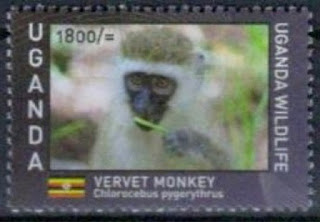 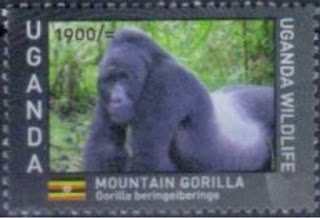 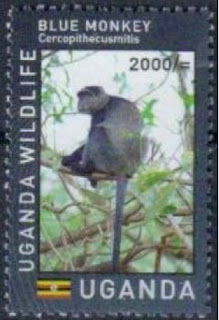 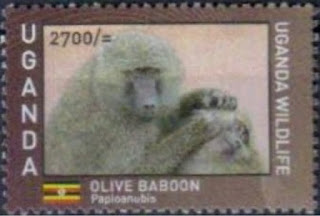 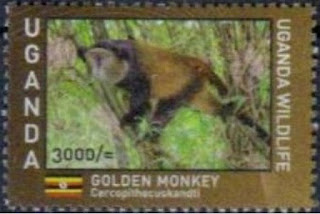 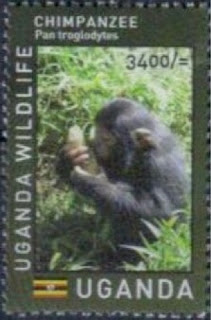 🇮🇲 In Blog 1057 I mentioned and illustrated the new counter-printed variable rate stamps which have been sold at Isle Of Man Post Office postal counters since 18 July 2017 being produced from Epsom printers.
The Philatelic Bureau is now offering these items for sale. It appears that the first post office to vend these stamps was Purlose post office in Douglas and the Bureau is selling these items printed on the first day of issue in packs costing £5. Strangely the packs only contain 2 of the designs (total face value 94p). From what I can see one needs to buy 2 packs, cost £10, face value £1.88p, to obtain the complete set of four.
That's a new little dodge for pack collectors - insert only half the set in a pack so that collectors must buy 2 packs, priced at 500% of face value, in order to obtain the whole set. What greed!
But that's not all. The Philatelic Bureau has also produced a first day cover cancelled at Purlose post office and sold in a limited edition of 100 which is said to have all 4 stamps used on it ("The full set of the Triskelion Definitives stamps (sic) are displayed beautifully on this first day cover....") though illustrations of the item depict the cover as having only 1 stamp with a £4.82p face value. The price is .... £20. The item is actually as illustrated rather than as described in the flyer having just a single £4.82p stamp attached to it. Why couldn't the Isle Of Man Post Office have presented all 4 stamps at lower face values on the cover? Presumably that would have meant 4 times as much work for the post master at Purlose but really for £20 aren't collectors entitled to expect a little more for their money whether or not it's a "limited edition"? Rating:- 0. 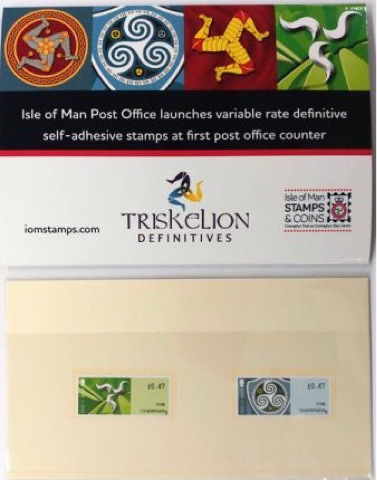 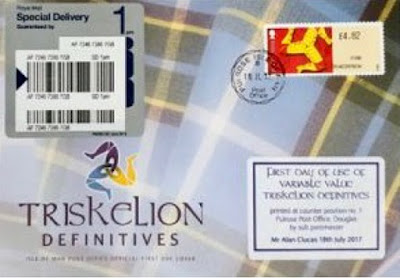 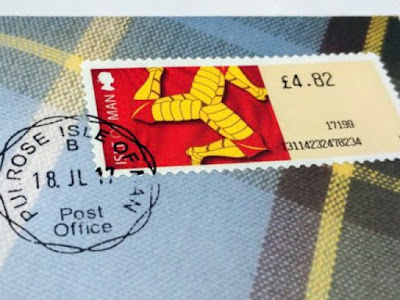