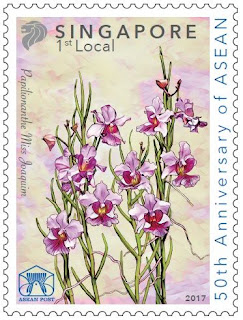 🇸🇬 Singapore Post will issue a single stamp and 1 miniature sheet on 8 August 2017 to commemorate the 50th anniversary of the establishment of ASEAN. The stamp is part of a mini-omnibus issue from the member states of ASEAN, in Blog 1046 I illustrated the stamp to be released by Pos Malaysia, and the subject of the series is to be the national flower of each respective country participating in the omnibus. The Singapore issue was designed by Ivory Seah and lithographed by Thai British Security Printing and perforated "13 - 14".
The miniature sheet includes the basic stamp and depicts the "Five Founding Fathers" of ASEAN including S Rajaratnam of Singapore and Tun Abdul Razak Hussein of Malaysia.
I like this issue. Rating:- *****. 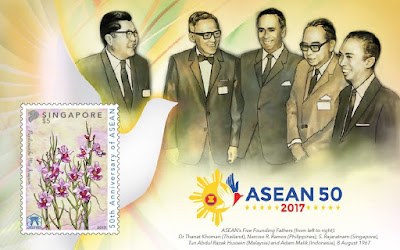 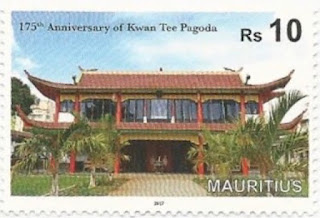 🇲🇺 Mauritius Post issued a single stamp on 20 June 2017 to commemorate the 175th anniversary of the Kwan Tee Pagoda which is located at Les Salines in the outskirts of Port Louis and is the first Chinese pagoda in the Southern Hemisphere. This is an attractive stamp. Rating:- ****.


🇬🇬 In Blog 1049 I mentioned the 6 stamps and 1 miniature sheet to be issued by Guernsey Post on 1 September 2017 to commemorate the 25th anniversary of the Princess Of Wales' Royal Regiment. The miniature sheet is now illustrated below:- 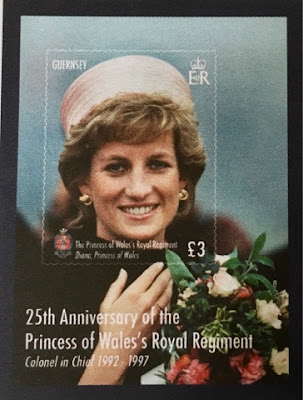 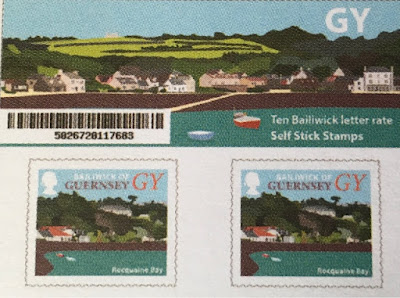 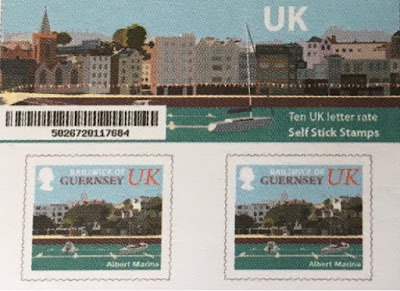