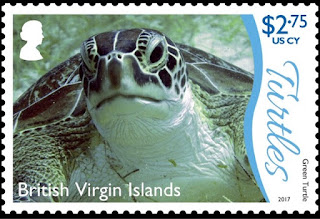 🇻🇬 An announcement from Pobjoy Stamps/Creative Direction tells us that another excellent set from them and issued by the postal administration of British Virgin Islands will be released on 6 September 2017 on the subject of "Turtles" as the first part of a series featuring local marine wildlife. The issue was designed by Bee Design and lithographed by Cartor and perforated 13.5. The photographs used in the designs were taken by the BVI Conservation and Fisheries Department. The issue is produced in sheetlets of 20 so that 5 x 4 se-tenant strips can be obtained from the sheetlet.vrating:- *****.
Thanks to Juliet Warner for supplying information about this issue. 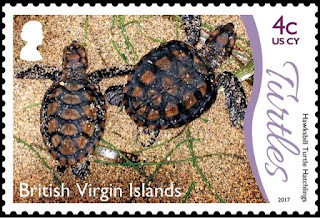 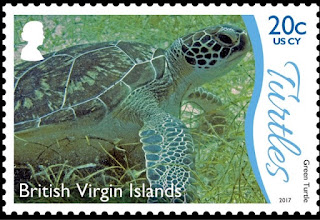 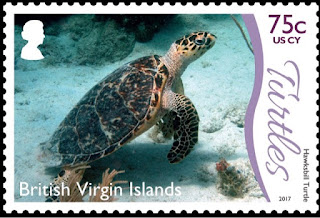 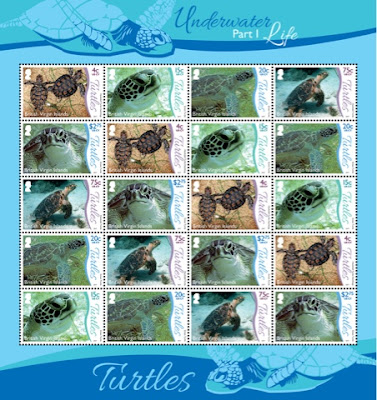 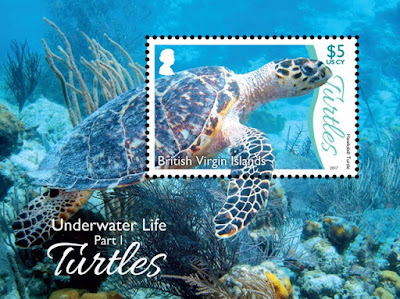 🇬🇧 The deluge of Royal Mail Post and Go labels/stamps continues with the news that the 2 types of labels which were only put on sale on 19 August 2017 from kiosk A002 sited at the National Museum of the Royal Navy (NMRN) are to be replaced with labels with a revised inscription. Apparently the NMRN had requested and approved an original inscription which read "QEII Carrier 2017" for use on the Union Jack label and "Queen Elizabeth II Carrier 2017" for use on the Machin Head label but the 2017 was omitted from both because it caused the inscription to be too long and thus to run on to the Flag and Queen's Head logos.
The inscriptions have now been amended and the "2017" added to both because there is now room for the date in the revised inscriptions. The original date-less types are shown below. It seems that the new inscriptions have come into use today, 29 August 2017,  so that the originally formatted labels have only been on sale for 10 days thus creating another potential rarity for Post and Go collectors. Unbelievable. Go tell it to the Navy, as they used to say. Rating:- 0. 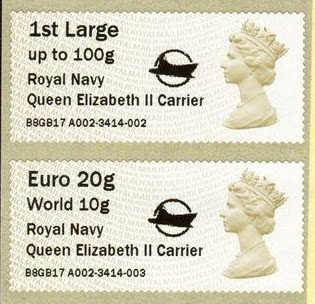 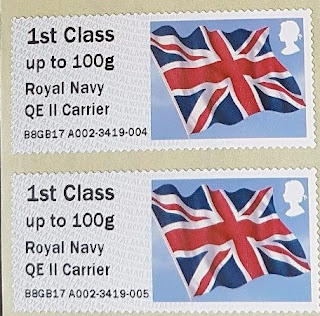 🇭🇰 The set of 6 stamps, 1 miniature sheet and 1 "mini-pane" which were originally due to have been issued by Hong Kong Post on 23 March 2017 on the subject of the "Paintings and Calligraphy of Professor Jao Tsung-I" are now to be issued on 5 September 2017. The attractive issue was designed by Carl Chang Chi-meng and lithographed by Cartor and perforated 14.5 with the $10 miniature sheet being perforated 14 x 14.5. Rating:- *****. 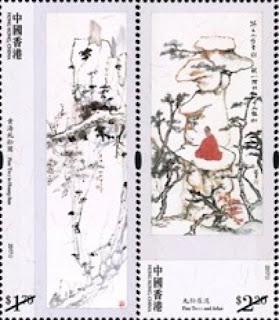 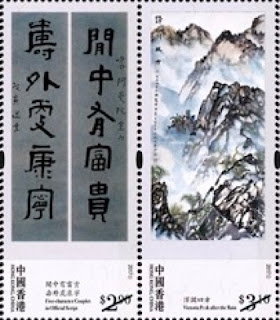 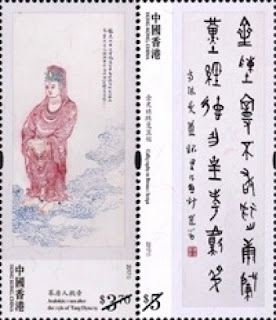 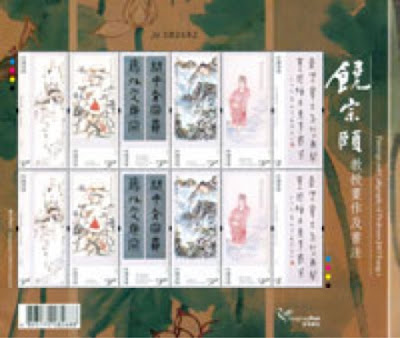 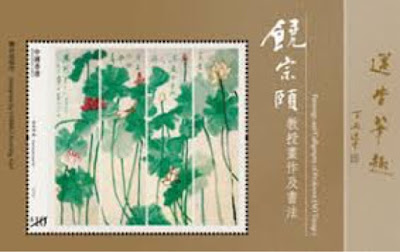