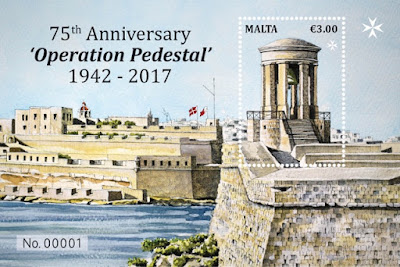 🇲🇹 MaltaPost will issue a miniature sheet on 10 August 2017 to commemorate the 75th anniversary of the naval action known as "Operation Pedestal" which involved the delivery of vital supplies to the besieged island during World War II. The sheet was designed by Cedric Gallea Pirotta and lithographed by Printex and perforated 14. A significant anniversary rightly commemorated by a good design. Rated:- ****.
MaltaPost will also release a sheetlet of 10 different very colourful stamps on 10 August 2017 on the subject of Festivals in Malta and in particular The Feast of the Assumption of Mary. The designs depict statues of Mary which are situated in various churches throughout Malta. The issue was designed by MaltaPost from photographs by Mark Micallef Percocet and lithographed by Printex and perforated 14. Rating:- *****. 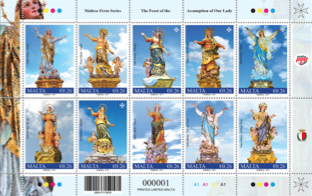 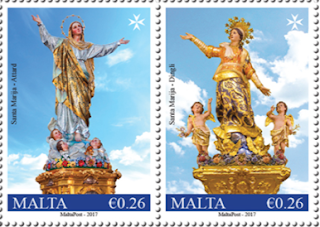 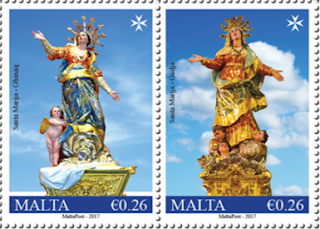 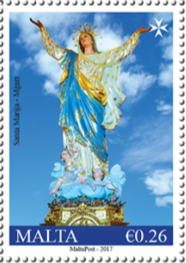 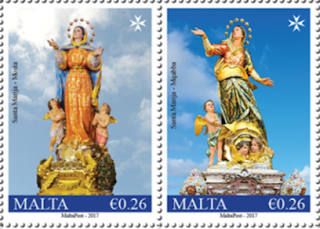 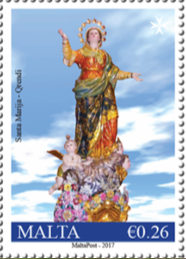 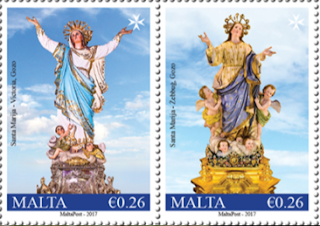 🇬🇮 It's a busy time for collectors of Commonwealth Mediterranean area stamps as the Royal Gibraltar Post Office announces 2 sets - a large set of 9 stamps with a face value of £7.44p and another set which, given that Gibraltar Post Office's new issue programmes in recent years have looked more like those of Grenada or Tanzania, does not cause us any surprise since it is a shameless attempt to cash in on the 20th anniversary of the death of the tragic Diana, Princess Of Wales.
25 July 2017 - "Gibraltar Military Heritage" - 9 stamps - designed by Stephen Perera from illustrations by Leslie Gaduzo and lithographed by Cartor. Rating:- **.

31 August 2017 - 20th anniversary of the Death of Diana Princess Of Wales- 4 stamps - Designed by Stephen Perera using photographs of Getty Images and lithographed by Cartor. Rating:- 0. 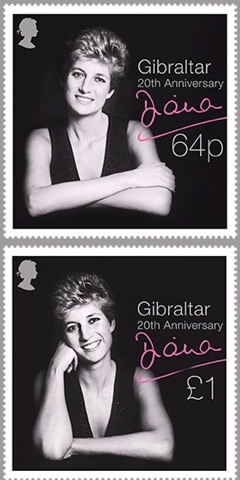 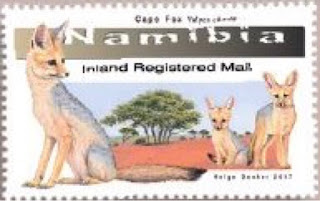 🇳🇦 Nam Post, the postal service of Namibia, will issue an excellent set of 5 stamps on 29 September 2017 on the subject of Small canines of Namibia. The set was designed by Helge Denker. Rating:- *****. 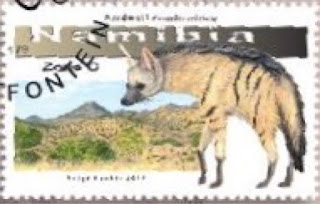 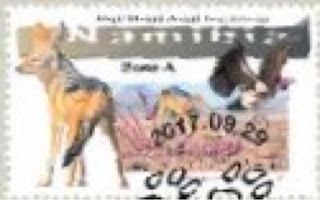 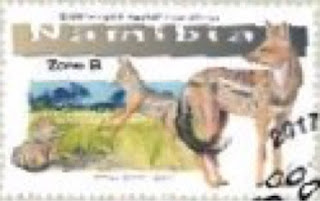 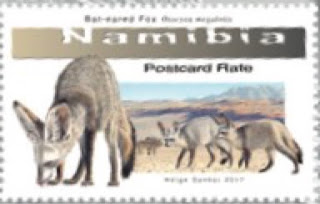 🇹🇴 In Blog 1053 I provided a long list of new products from Philatelic Collector Inc. but overlooked a set of 4 stamps and 1 miniature sheet which has been released with the name of Tonga printed on it. The issue is on the subject of Halley's Comet - I have no idea why that subject should appear on a set of stamps from Tonga at this time - and has a date of issue of 12 July 2017. Rating:- 0. 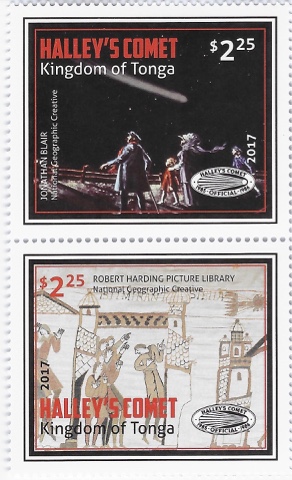 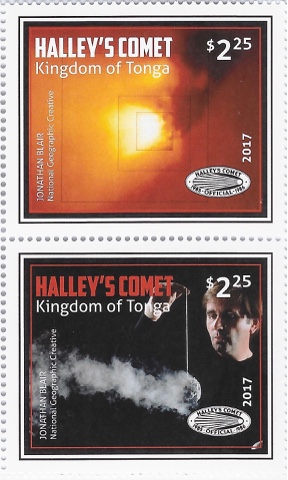 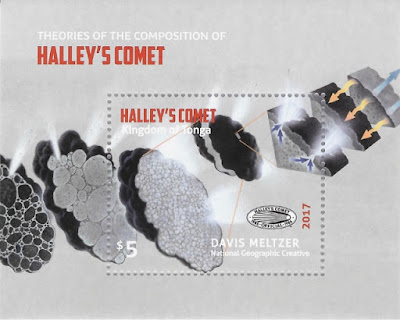 🇬🇧 In Blog 1007 I mentioned and illustrated the set of 6 stamps which were issued by Royal Mail on 31 July 2017 as the 4th part of its annual series which commemorates the Centenary of the First World War. I now illustrate below the Prestige Booklet, sold for £15.41p, which contains 4 panes and none of them for once, mercifully, are Machin Head stamps. I dislike the profusion of "Prestige booklets" but have to say I like this particular item and the individual panes look very good mounted in my collection. Rating:- *****. 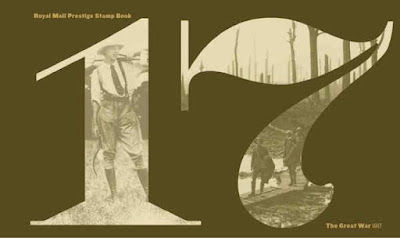 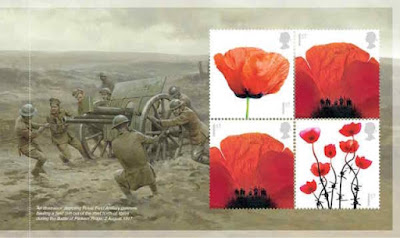 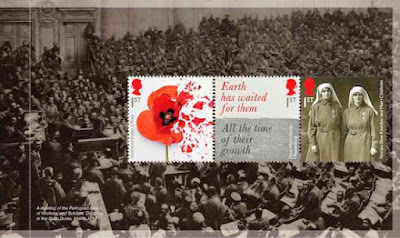 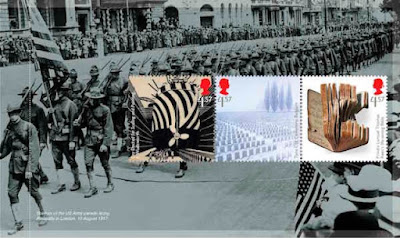 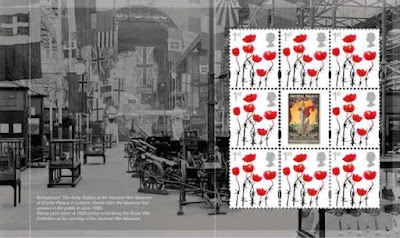 🇹🇰 The Tokelau postal service issued a set of 4 stamps and 1 miniature sheet on 2 August 2017 on the subject of "Corals". The issue was designed by Hannah Stancliffe-White and lithographed by Collectables and Solutions Centre in Whanganui and perforated 13.5. Illustrations will be added when they become available.