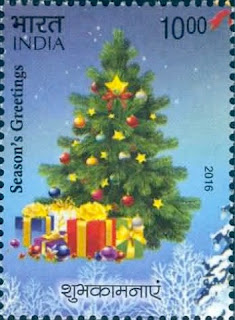 India Post issued 2 stamps and 1 miniature sheet on 23 December 2016 to celebrate Christmas with some beautifully cheerful designs which depict Father Christmas and his sleigh and a Christmas tree surrounded by presents. This is the first ever Christmas issue from India and really captures the Christmas spirit but sadly was issued too late to be used on Christmas mail. Rating:- *****. 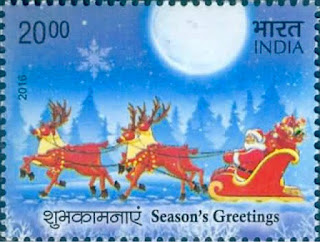 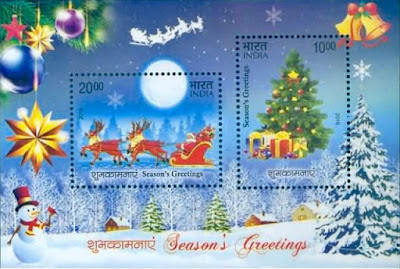 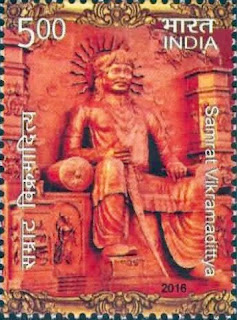 India Post also issued a single stamp on 22 December 2016 on the subject of Samrat Vikramaditya, a legendary emperor of India, who started the Vikrama Samvat era in India in 57 BC after his defeat of the Shakas. The design depicts a dramatic and interesting sculpture of the emperor. Rating:- ****.
Posted by White Knight at 22:22