The Canada Post internet shop is offering for pre-order sale strips of 5 self-adhesive "kiosk stamps", similar to Royal Mail's Post and Go stamps on the subject of Canadian art. The strip is sold as 5 x "Permanent" values and includes paintings by James Edward Harvey MacDonald, Tom Thomson, Albert Henry Robinson, Arthur Litmer and Emily Carr. The date of issue was 31 October 2016.
The stamps were designed by Stephane Huot and printed by direct thermal printing on Avery Dennison paper.
It's astonishing how one discovers things which one should really know about but did not - I have to admit that I did not know about these Canada Post "kiosk stamps" previously though it seems that the first stamp dispensing kiosks were established in December 2012. Four machines were installed in Vancouver - two at the main post office and the others at postal outlets in Granville Street and West Broadway - and three in Toronto at Station B, the Adelaide post office and the Toronto Dominion Building in Wellington Street as well as one in London, Ontario.
In January 2013 more kiosks were installed at Montreal's Station H and in revenue post offices in 2 Jean Cotou pharmacies in Montreal and Longueuil. The kiosks were introduced without any publicity and the first mention of them was not made until January 2013 when they received comment on Canada's Post's Facebook site. The kiosks were of the Wincor Nixdorf type and dispensed stamps in values of 63c (domestic rate), $1.10c (US rate) and $1.85 (International rate) with all 3 rates being printed on to labels with a Maple leaf design.

Subsequently a total of 9 different values were dispensed by the machines in values ranging from 63c to $3.75c. Those kiosks which were in use in December 2012 had also dispensed stamps of lower face value in accordance with the 2012 postal rates as depicted below. Canada Post issued a first day cover dated 12 December 2012 as also depicted below. The cover was illustrated with a picture of a Wincor Nixdorf kiosk and that is also shown below.
It looks as though Canadian "Post and Go"-type stamps are destined to be a new addition to my Commonwealth collection. I very much like the new "paintings" set. Rating:- *****. 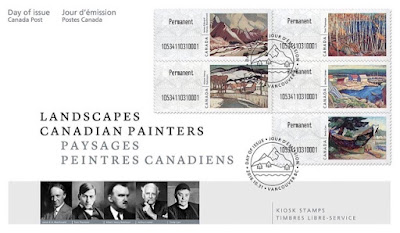 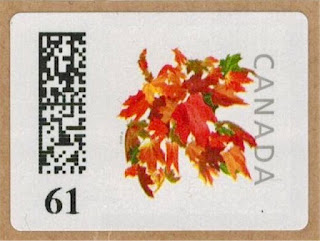 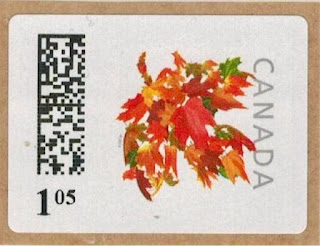 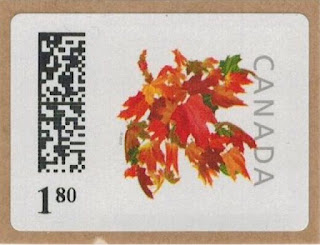 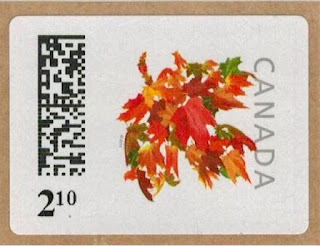 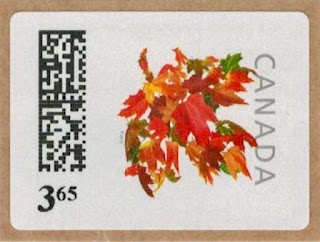 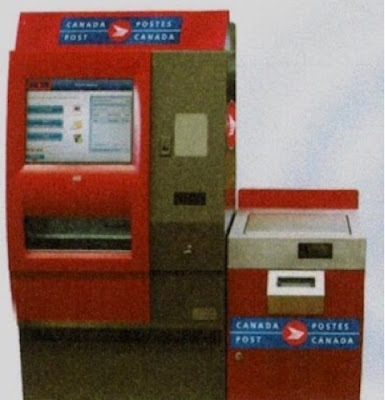 Pos Malaysia issued a single stamp on 20 December 2016 to commemorate the country's successful athletes in the Rio De Janeiro Olympic Games. The issue was designed by Shahrul Izhar. A worthy issue. Rating:- *****. 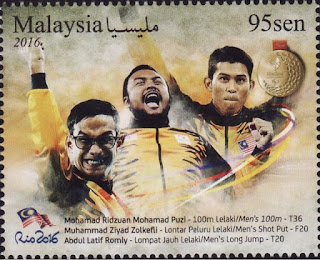 Sri Lanka Post issued a single stamp on 12 December 2016 to commemorate the National Meelad-Un-Nani festival. This is a colourful stamp. Rating:- ****. 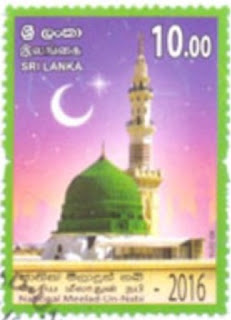 In Blog 877 I mentioned the set of 6 stamps which will be released by Royal Mail on 15 February 2016 on the subject of Windsor Castle which has previously been featured on numerous British stamps (almost as many stamps as have depicted the veteran music group Pink Floyd in fact) but there's usually very little hesitation to repeat a theme on Royal Mail stamps and so we must not be surprised that Windsor Castle has popped up again on a set of British stamps. In addition to the basic set there will also be a miniature sheet of 4 additional stamps as depicted below and a retail booklet of 6 stamps and a prestige booklet. Ho hum. Rating:- ***. 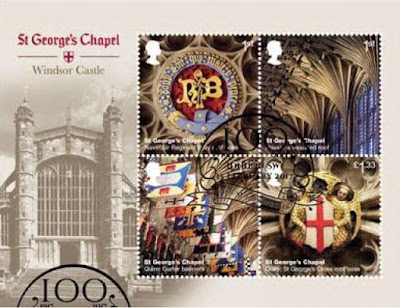