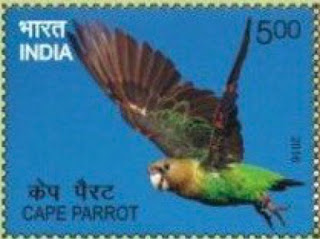 India Post issued 6 stamps and 2 miniature sheets on the subject of "Exotic Birds" on 5 December 2016. The colourful stamps were issued in sheetlets of 15 - 2 different sheets each containing 5 strips of 3 different stamps (in vertical format in one sheet and in horizontal format in the second). This is one of India Post's best issues of 2016 and brighten up a collection which has generally been rather dull during the year. Rating:- *****. 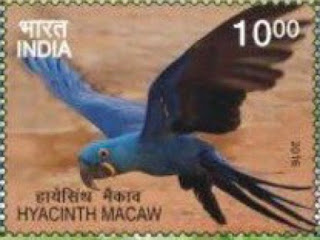 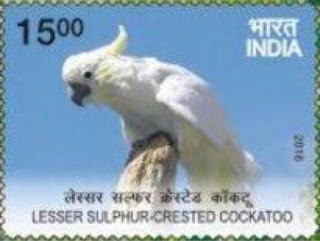 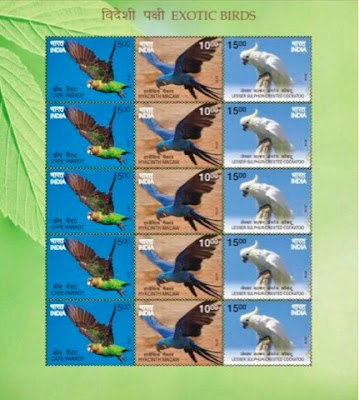 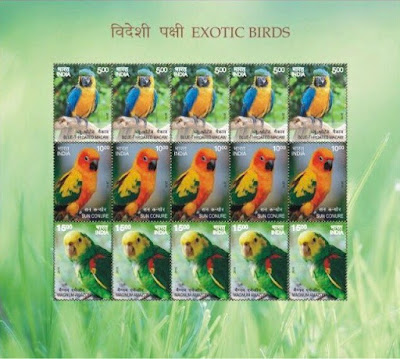 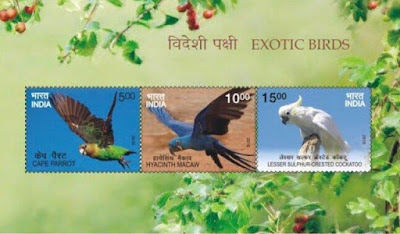 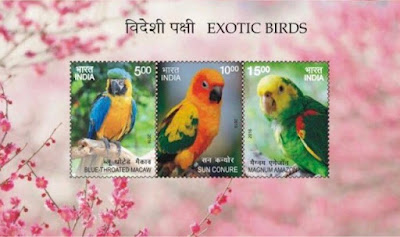 Sri Lanka Post issued a single stamp on 1 December 2016 to commemorate the Centenary of Lions Clubs International. The rather unexciting stamp was designed by Isuru Chathuranga. Rating:- **. 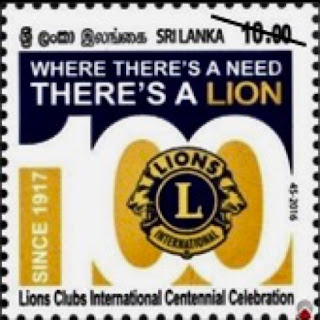 In Blog 866 I detailed the latest "Post and Go" issue from Guernsey Post - a Christmas issue in which the decidedly unchristmassy Guernsey Flag design is additionally inscribed "Bouan Noue". The "Collectors strip" was put on sale at Envoy House in St. Peter Port in Guernsey from kiosk GG02 on 1 December 2016. Rating:- 0. 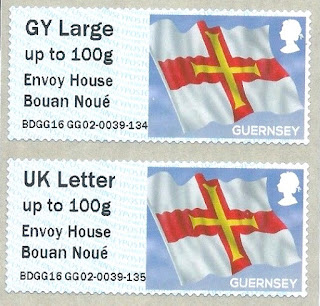