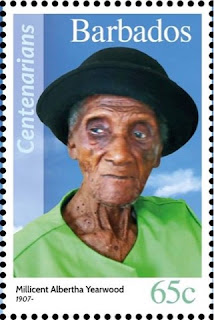 Barbados Post Service issued one of the most pleasing and heart warming sets of stamps of the year on 8 December 2016 when it released 20 moderately priced stamps and an accompanying miniature sheet containing another 7 stamps on the subject of Centenarians of Barbados. Each marvellous elderly person is depicted beautifully including Millicent Albertha Yearwood who was born in 1907 and who is depicted at the top of this Blog.
This is a great modern set - after all stamps are issued in their thousands to commemorate the Queen's significant birthdays so it seems it entirely reasonable for the Barbados postal service to commemorate the country's ordinary citizens who have reached such magnificent ages. And what a wonderful collection of people are depicted in the set. Absolutely top marks to Barbados Postal Service for producing this issue. What stories these wonderful people must be able to tell. Rating:- ****** (yes, 6 stars).
I like this issue so much that I make it the only subject of this particular Blog. 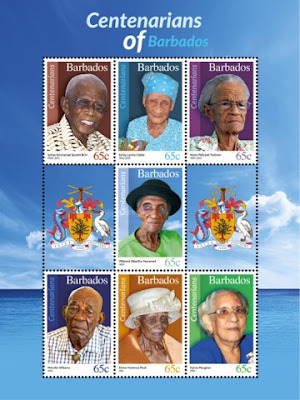 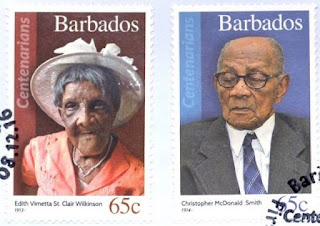 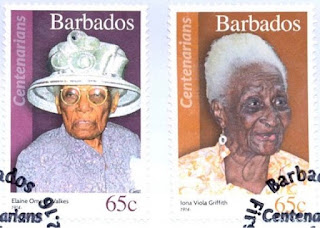 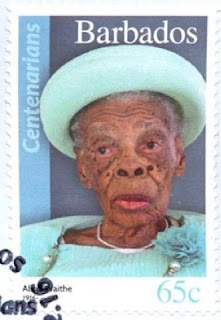 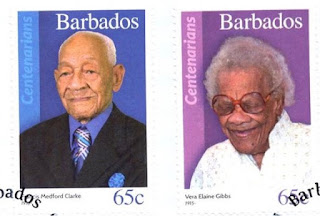 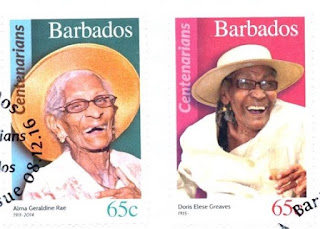 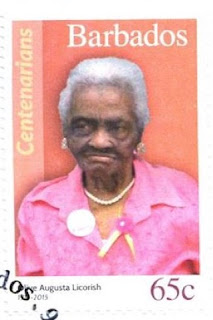 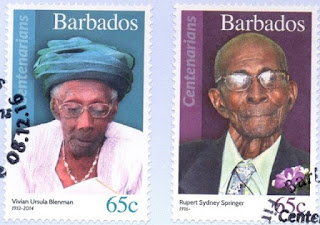 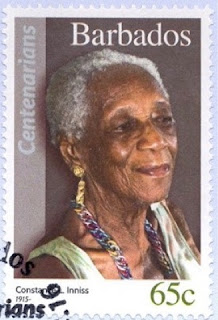 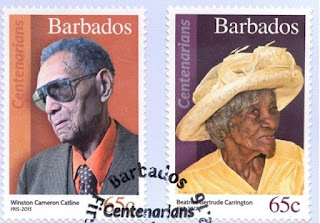 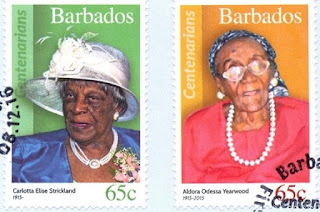 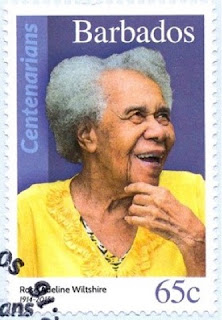 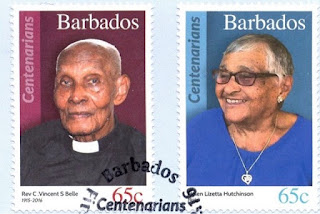