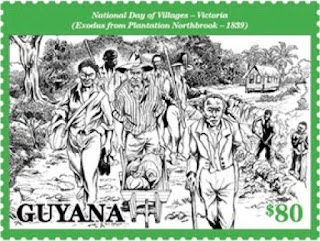 Guyana Post Office Corporation (GPOC) issued a pair of stamps on 7 November 2016 to commemorate the National Day of Villages. The issue was launched in the village of Victoria Indaba by the its oldest inhabitant, Evelyn Bacchus and the stamps depict the exodus of former African slaves from their plantations after emancipation and their subsequent purchase of Plantation Northbrook (Victoria) on 7 November 1839. It's wonderful to see GPOC maintaining its own new issue programme which features subjects of strictly local relevance regardless of the stuff which seeps out from its New York-based philatelic agency and this is a modest pair of stamps of great interest. Rating:- *****. 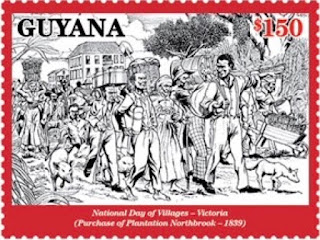 Meanwhile, IGPC continues to release stamps in the name of Grenada which seem to have far more to do with China than with the Caribbean island whose name is printed on them or at least to do with its office in China than with the Post Office in St. George's, Grenada's capital. A set of 6 stamps which was issued on 1 December 2016 seems to be in 3 parts - in addition to having the name of Grenada printed on them two of the stamps are inscribed "Hong Kong China", 2 are inscribed "Macau" and the remaining 2 are inscribed only in Chinese but I'm guessing that the inscription pairs the two up with The People's Republic itself.
The designs of each pair are in different styles compared with the other stamps in the set. Remarkably the Chinese territories' names are inscribed in larger lettering than is the name of Grenada giving the impression, if one didn't know better, that these items had actually been released by Hong Kong Post or Macao Post or the postal service of China itself. It's all very bizarre. The inhabitants of Grenada would be very puzzled by them if, by any chance, these products were actually on sale for use on mail from real Grenada Post Office counters. Rating:- 0.

Australia Post has announced what its first stamp issues of 2017 will be and one can say that there is no respite for stamp collectors from the greedy flood of issues that we have seen in previous years. One issue in particular is stunning in its banality - a set on the subject of "Australian jetties". 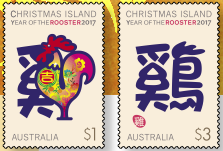 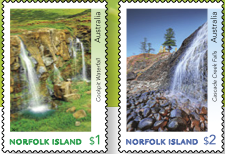 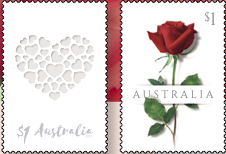 The "Australian Legends" issue which is usually released at the end of January will appear later in the year "at a more suitable time"..... an expense delayed.

It's coming up to Christmas but stamp collectors get no Yuletide relief from the continuing outpouring of paraphilatelic products from the Stamperija philatelic agency. This time items have been produced with the name of Sierra Leone printed on them. Needless to say the subjects featured on these products have little or nothing to do with Sierra Leone as we have come to expect from the ever exploitative Stamperija. If you have money to burn you could spend it on one or more of the following sets of sheetlets of 4 different "stamps" and accompanying miniature sheet:-
Centenary of the Battle of The Somme, 270th Birth anniversary of Francisco Jose de Goya, 135th anniversary of Fodor Dostoyevsky, Centenary of the Battle of The Somme, Birth Centenary of Betty Grable (US actress), Centenary of the BMW motor car, the Dream Chaser spacecraft, 150th anniversary of the Great Tea Race and the International Year of Pulses. Rating:- 0.
The date of issue of this lot is stated to have been 28 October 2016. There is also a Chinese New Year "sheetlet" of 4 "stamps" and accompanying "miniature sheet" said to have been released on the same date but Stamperija claims the products are already "sold out" which seems incredible. 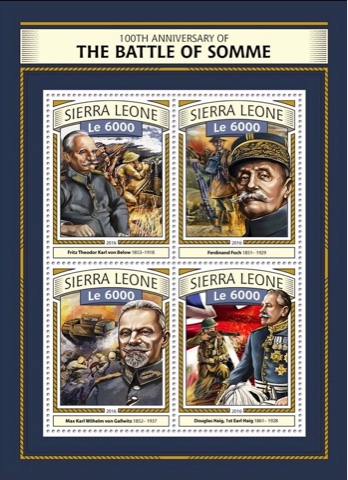 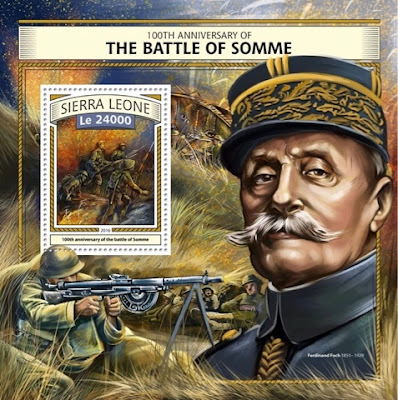 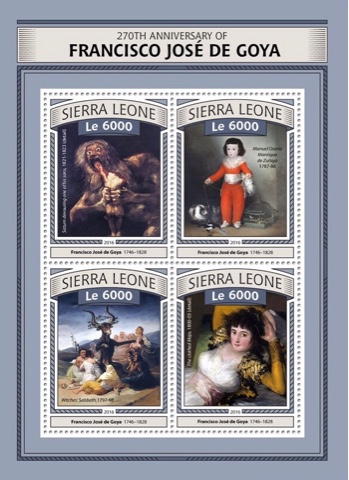 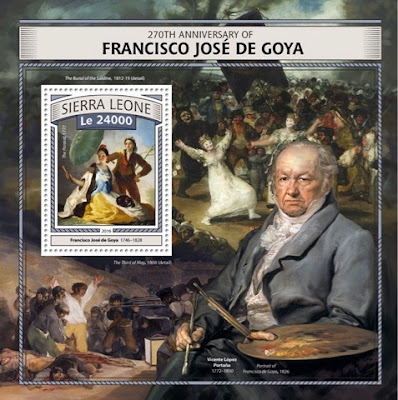 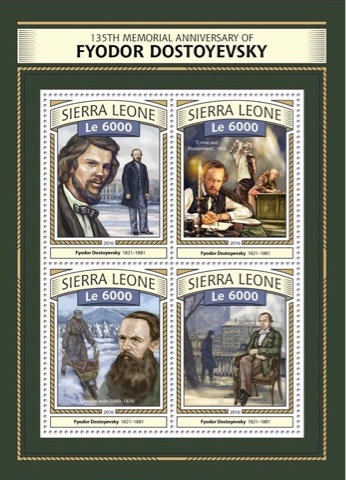 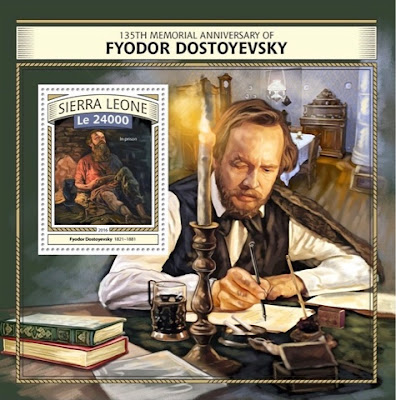 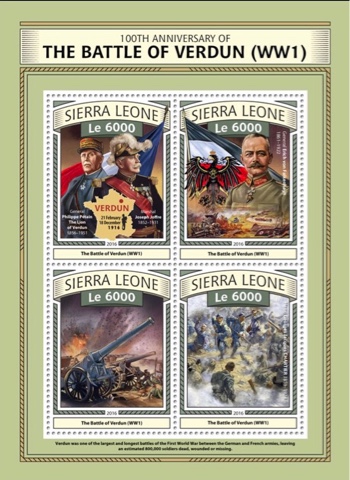 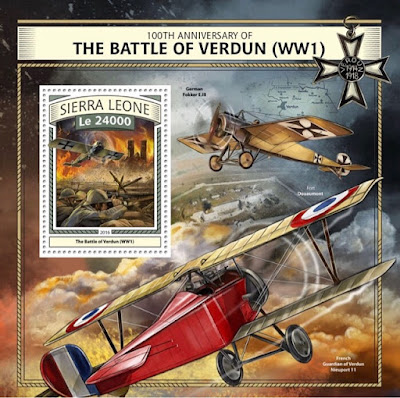 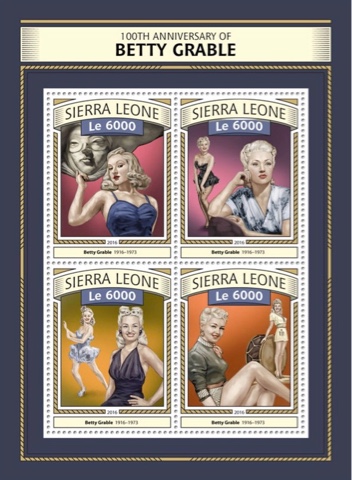 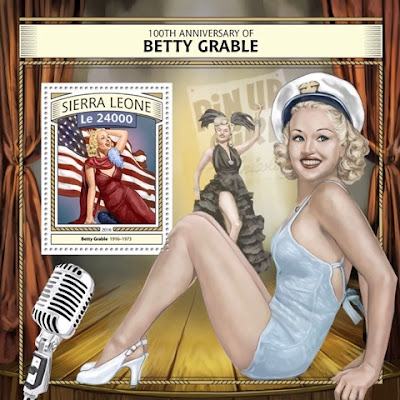 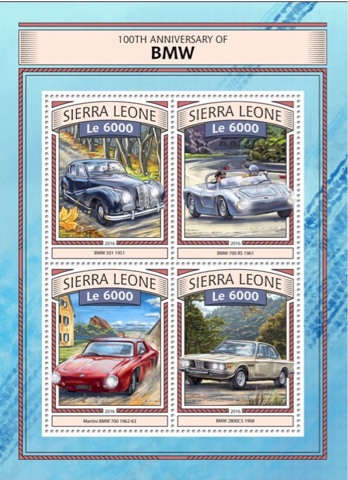 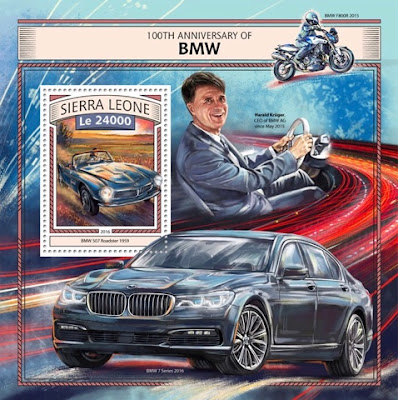 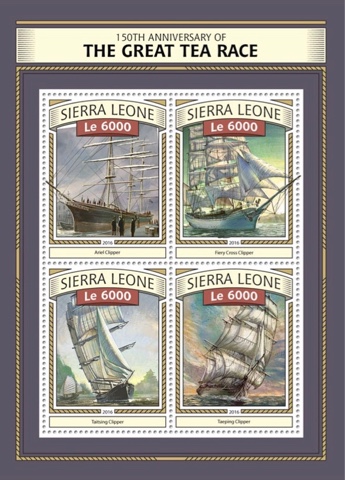 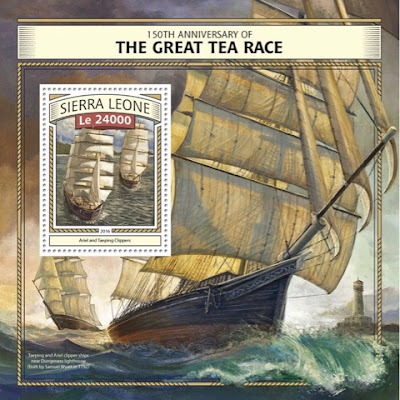 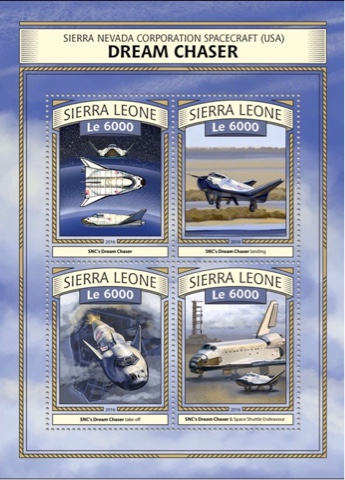 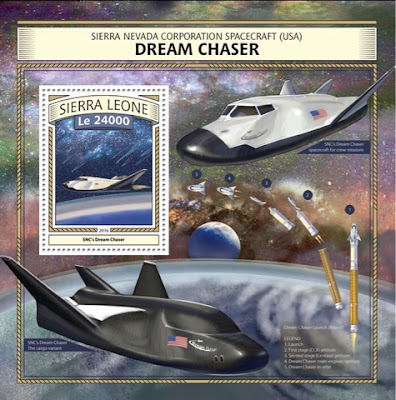 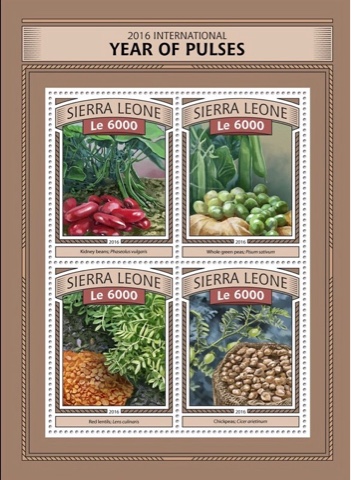 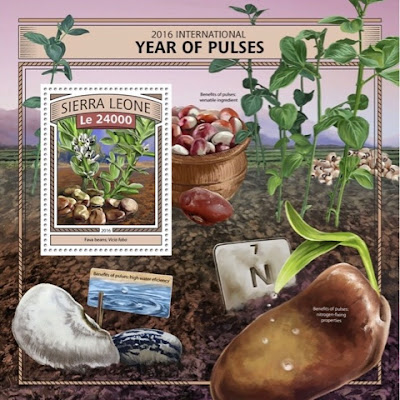