767. Cyprus Celebrates The Principles And Values Of The European Union. 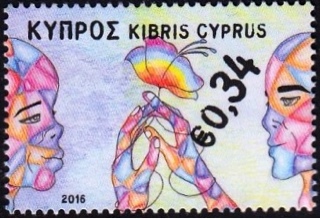 On 9 May 2016 Cyprus Post issued 2 stamps as part of the almost completely Europe-wide (the British Royal Mail failed to participate - perhaps Royal Mail is managed by Brexiteers) Europa  omnibus (see Blog 752). The abstract designs are reasonably interpretable. Cyprus Post also issued 3 stamps on the same date on the theme "The Principles and Values of The European Union". I have not yet seen any explanation from Cyprus Post as to how these designs reflect the subject but the interpretation of each seems to be very difficult to me. Perhaps they represent "The Ultimate Triumph of Bureaucracy over Democracy" which many Brexiteers seem to argue is the main guiding principle and value of The European Union. I hope that Cyprus Post did not pay a lot of money to have these stamps "designed". Rating:- 0. 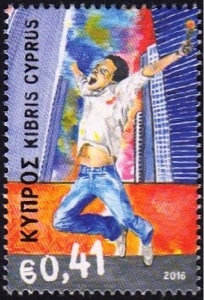 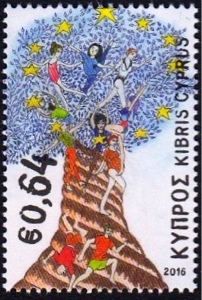 Sri Lanka Post issued a single stamp on 22 May 2016 to commemorate the State Vesak Festival. The interesting stamp was designed by Palitha Gunasinghe and depicts paintings on an ancient wooden box which represent gods of Protection. Rating:- *****. 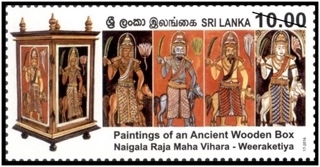 A discussion on Stampboards about countries which did not issue stamps during 2015 has turned up the news that the Saint Lucia post office issued a single 50c stamp on 1 July 2015 to commemorate the centenary of the birth of Sir Arthur Lewis. I have not yet seen any illustration of this stamp.
Pos Malaysia issued a set of 3 stamps and 1 miniature sheet on 24 May 2016 on the subject of River transport in Sarawak. This is an interesting and well-illustrated set - for me it reminds me of several very pleasant days spent in Kuching, the charming capital of Sarawak, a few years ago and having an enjoyable boat trip up the river to visit a sanctuary for orang utans - a very memorable experience. Rating:- *****. 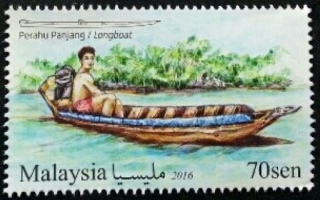 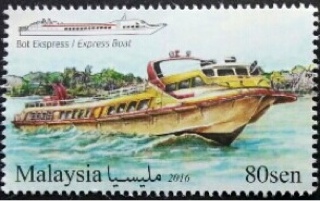 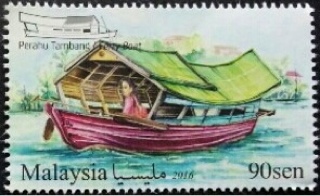 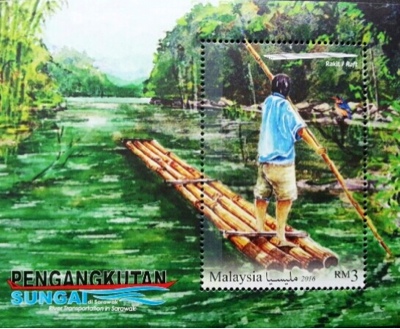 The great financial burden to collectors of special philatelic items released by various postal administrations to commemorate the World Stamp Show NY 2016 continues in the form of 4 different "Smilers" Star Wars sheets each of 10 stamps with labels attached which carry the exhibition logo and the inscription "World Stamp Show NY2016   May 28 -June 4, 2016   Javitts Centre". Rating:- *. 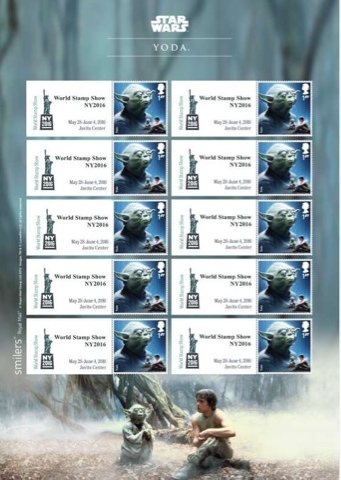 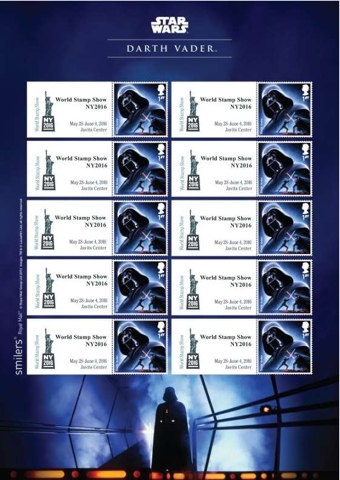 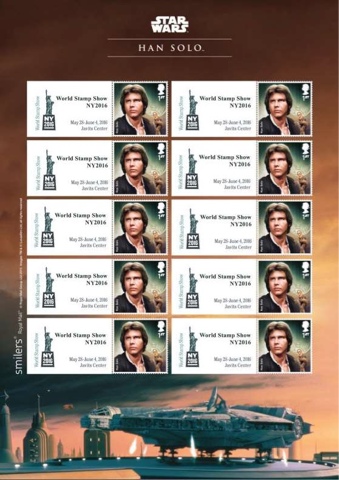 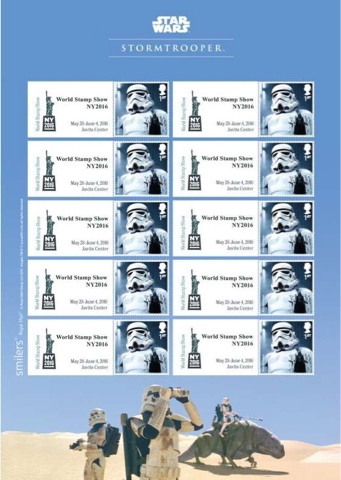 These sheetlets, with blank attached labels, are currently on sale on the Royal Mail website at £10.20p each (total face value of stamps contained in the sheet being £6.40p - a 59.4% mark-up on face value) meaning that a set of all 4 sheetlets will have a total face value of £25.60p but will actually cost £40.80p.
Post scriptum - see the comment from Ian Billings of Norvic Philatelics below regarding these sheets.
I have a neighbour whose son is both a Star Wars enthusiast as well as being a father of new baby and his mother was keen to celebrate the baby's birth by buying a sheet of "Stormtrooper" personalised stamps. Unfortunately she found she couldn't successfully download and edit the photograph she wanted to use by using the "Smilers" app and eventually gave up. I tried to help her and was no more successful than she was. Now photographs of the baby have all been sent to her relatives by E mail and any old fashioned post will be sent at face value rather than at the price she would have paid if she had been successful in generating her desired "Smilers" stamps.
It's an ill wind .... 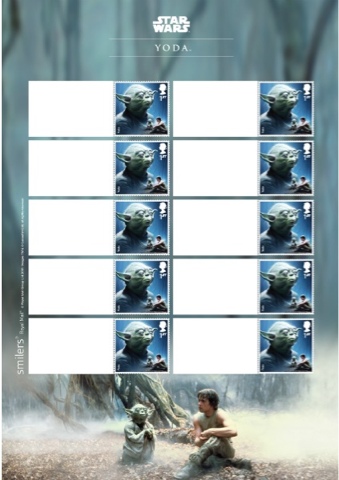 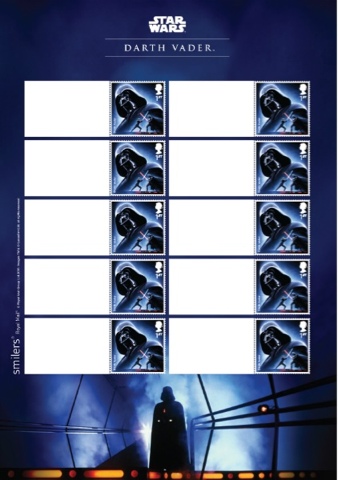 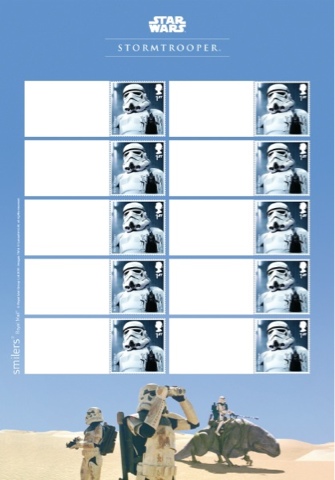 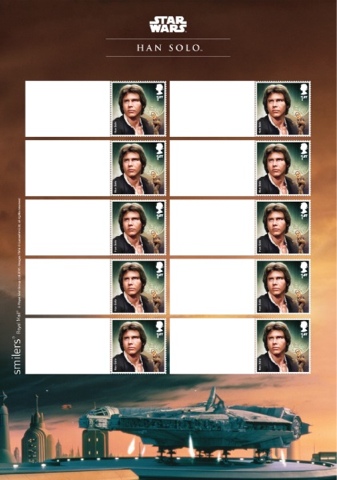 Back to the New York Philatelic Exhibition - Bangladesh Post has issued a sheetlet of 8 different circular stamps featuring local birds in conjunction with its participation in the exhibition. I do know not yet know the date of issue of this item but presume that it was released on 28 May 2016, the first day of the show. Rating:- *****. 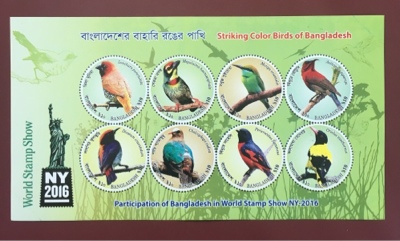