753. Where No Lenticular Philatelic Item Has Gone Before. 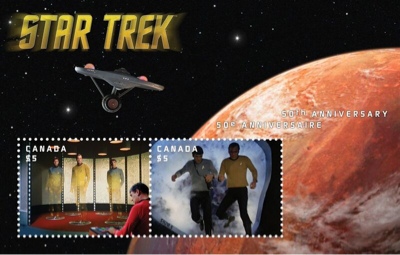 In Blog 749 I depicted the 7 stamps issued on 5 May 2016 by Canada Post to commemorate the Canadian connections with the US television series Star Trek which was first broadcast 50 years ago. There have also been a number of other items released with this issue - notably a $10 lenticular miniature sheet containing 2 stamps depicting the characters Captain Kirk and Mr. Spock, a $8.50 booklet of 10 stamps (2 each of 5 different designs), a "Prestige"-style booklet sold for $19.95 containing 2 gummed panes (4 x Captain Kirk stamps and the second containing one each of the Mr. Spock, Scotty and Dr. McCoy  stamps), a $7.35 sheetlet containing the 5 stamps which depict Star Trek characters but gummed and 2 additional stamps depicting spaceships (shown in Blog 749) produced in coil format which are also issued together in a gummed miniature sheet.
Canada Post has done for Star Trek what Royal Mail did for Star Wars or, more accurately perhaps,  Star Trek will do for Canada Post what Star Wars did for Royal Mail. Presumably this will be a very popular issue.
Lenticular miniature sheets seem to be all the rage at present what with the similar item from New Zealand Post which commemorates the 90th birthday of Queen Elizabeth II (see Blog 745). Rating for the complete issue:- *****. 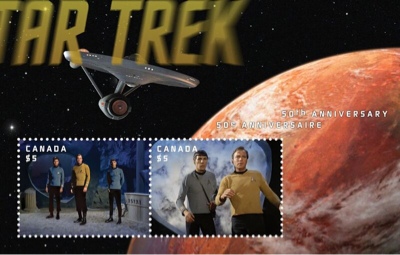 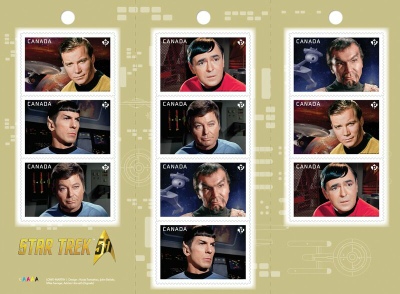 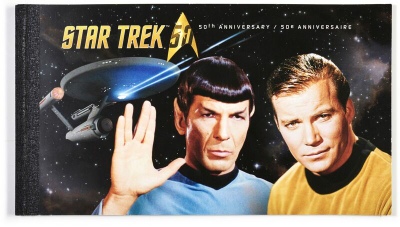 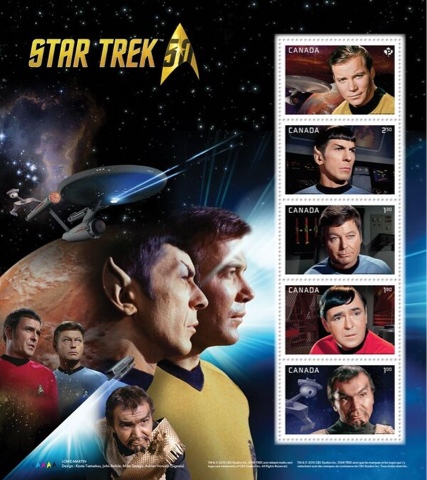 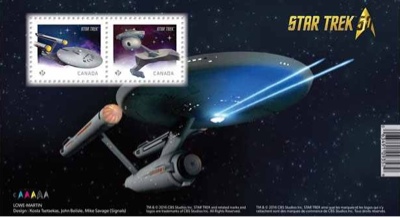