New Zealand Post will issue a sheetlet of 10 different stamps on 22 June 2016 to provide new values and some new designs for its Personalised Stamps. The stamps were designed by New Zealand Stamps and lithographed by Southern Colour Print, perforated 14. Rating:- **. 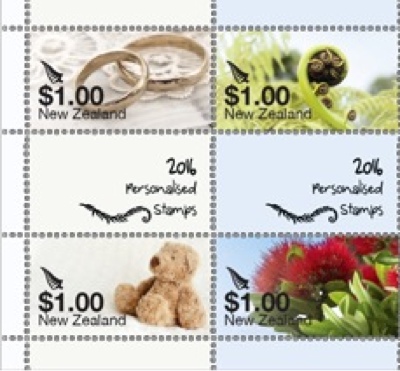 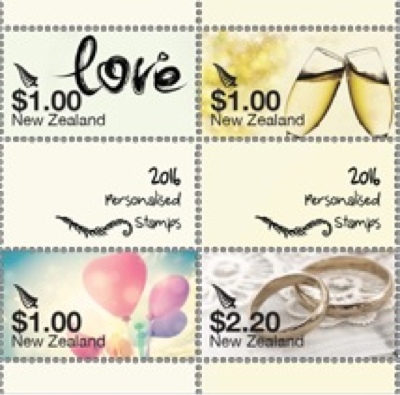 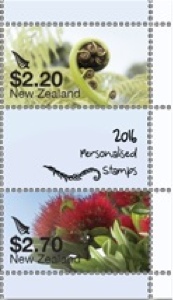 The Royal Mail "Post and Go" extravaganza continues unabated. From 1 June 2016 two new kiosks will begin dispensing labels on both of the tiresomely familiar  Machin Head and Union Flag designs. Both kiosks will be situated at Royal Navy museums - at HMS Trincomalee in Hartlepool (kiosk A006) and at HMS Caroline in Belfast (kiosk A008) - and the labels will be dispensed with the inscription "Royal Navy". Just to double the cost to collectors, the labels will have the additional inscription "Battle of Jutland" which will be used only until 30 June 2016.
HMS Trincomalee was built in India due to a shortage of oak in Britain resulting from the Napoleonic Wars and launched in 1817 and on her maiden voyage visited St. Helena in 1819 where it took on board John Stokoe, a surgeon who attended the deposed French tyrant Bonaparte who was exiled there (I see the likely subject for a stamp issue from that island coming up in 2019). The ship was placed in reserve until 1845 and then served on the North American and West Indies station. While there the ship participated in quelling riots on Haiti and prevented an invasion of Cuba and served in the anti-slavery patrol. The ship then served off Newfoundland and Labrador and later as part of the Pacific Squadron off the American west coast. The ship ended its Royal Navy service as a training ship and was withdrawn from service in 1895 and sod for scrap in 1897 but its private buyer restored it and it remained in service until 1986 and it has now become the historic dockyard museum in Hartlepool. 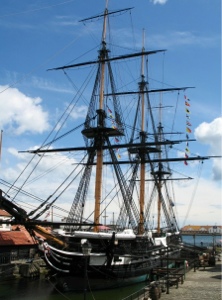 HMS Caroline is a decommissioned cruiser which was launched in 1914 and saw active service in the First World War. The ship served as an administrative centre in World War II and was finally decommissioned in 2011. The ship was a static headquarters and training ship for the Royal Naval Reserve based in Alexandra Dock in Belfast and is the last surviving ship of The Battle of Jutland.
The Caroline was turned into a visitor attraction in time for the centenary of the Battle of Jutland.

It is quite appropriate therefore that the "Post and Go" labels at the HMS Caroline site in particular should have The Battle of Jutland  additional inscription but isn't it time that these museum "Post and Gos" were printed on labels which have more interesting illustrations? - surely it can't be that much more expensive to produce individual designs for each site rather than the excruciatingly boring Machin Head and Union Jack designs - punters buying these labels might then feel as though they're getting value for money.
IGPC, the USA-based philatelic agency has produced some more philatelic items with the names of various Commonwealth territories printed on them:-
Ghana - 1 March 2016 - Commemoration of Muhammad Ali (US boxer) - 1 sheetlet of 6 different stamps and 1 miniature sheet. Rating:- 0. 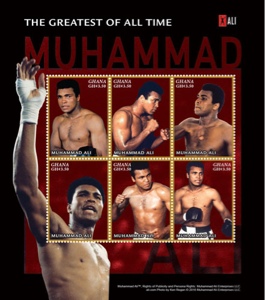 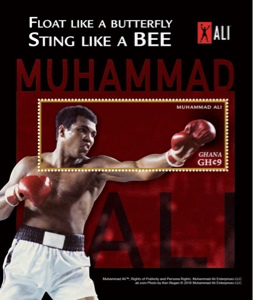 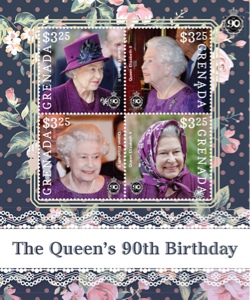 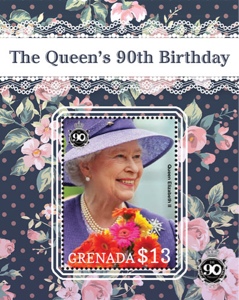 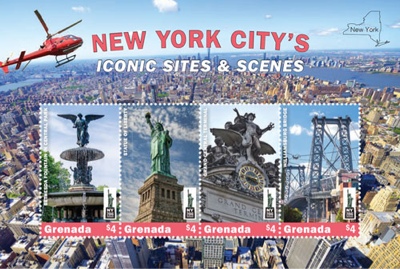 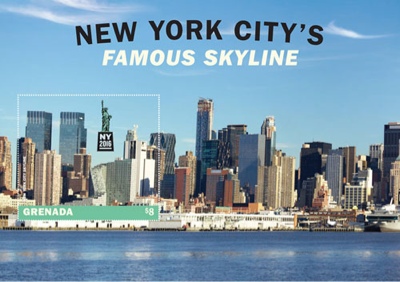 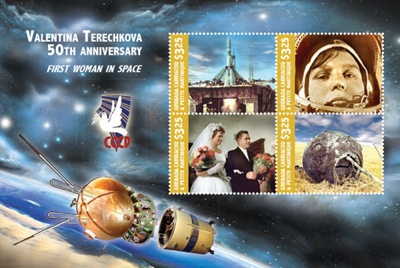 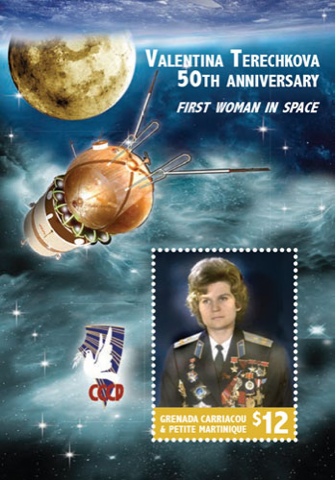 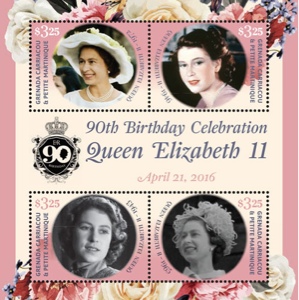 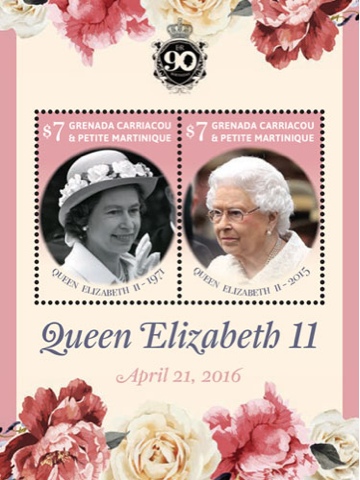 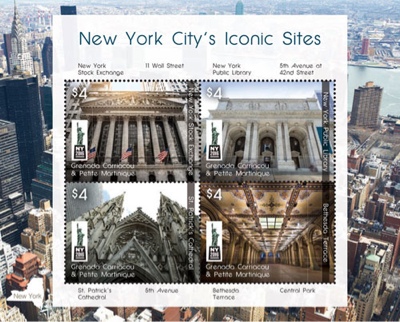 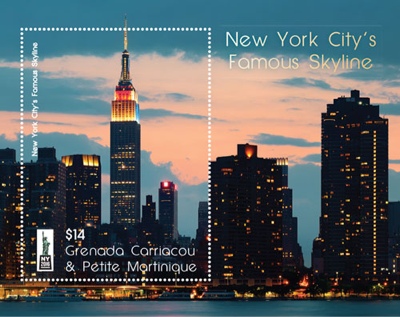 Collectors of stamps of The Commonwealth have been spared any new items produced by the notorious Stamperija this week but I reproduce one of the products which has appeared, with the name of Niger printed on it, which is said to commemorate the 90th Birthday of Queen Elizabeth II. The design is incredibly appalling and includes monstrous depictions of The Queen which verge on being insulting.
Who buys this stuff? Is anyone out there prepared to admit to it? 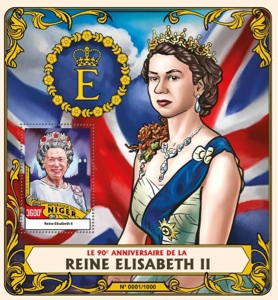 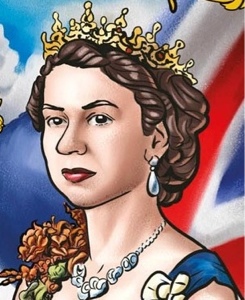 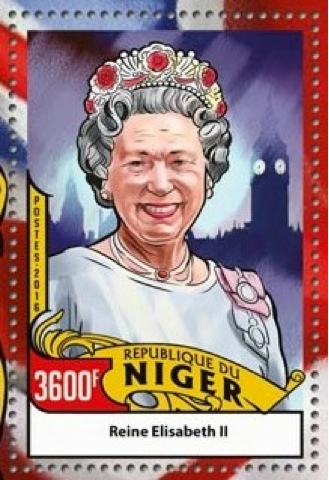