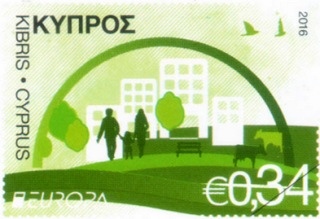 Cyprus Post will issue a pair of "Think Greenstamps on 9 May 2016 as its contribution to the Europa omnibus issue. The stamps were designed by Doxia Sergidou and lithographed. They were also issued in a booklet of 8 stamps. Rating:- **. 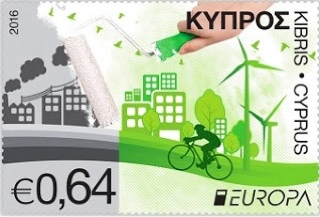 Stamperija's latest stuff with a Commonwealth country's name printed on it has been produced with the inscription "Sierra Leone" and is said to have been "issued"on 25 March 2016. As usual there are 10 "sheetlets" each made up of 4 different "stamps" with 10 accompanying "miniature sheets". Featured subjects are Waterbirds, Hippopotami, Prehistoric water animals, Frogs, Turtles, Sea lions, Fish, Goldfish, Dolphins and Sharks. The over-arching theme of the "issue" is "Marine life" though it's clear that many of the depicted creatures are not marine at all. Rating:- 0. 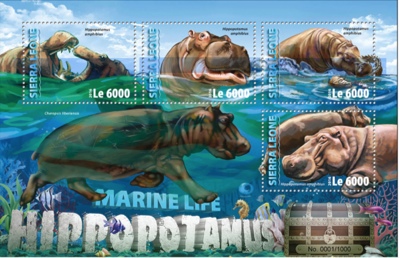 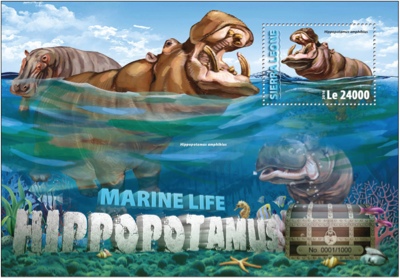 For An Post, the Post Office of Ireland, the Easter Rising is the gift that keeps on giving. In addition to numerous items detailed in various previous blogs (700, 731 and 736) An Post has released 4 miniature sheets, each containing 4 different gummed stamps from the Easter Rising definitive series. The 4 sheets are contained inside a presentation pack which is being sold for €15. Actually I do like this item and the 4 miniature sheets are indeed interesting so I thought I would find a place for it in my collection. Rating:-****. 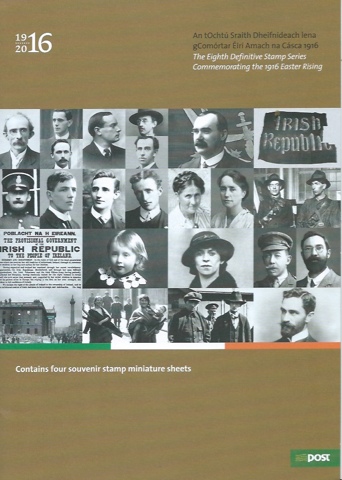 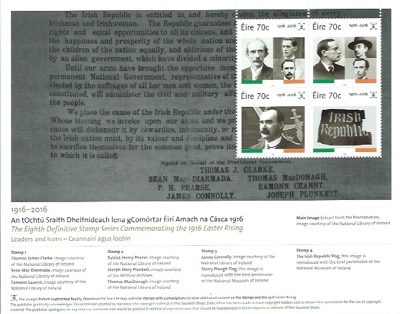 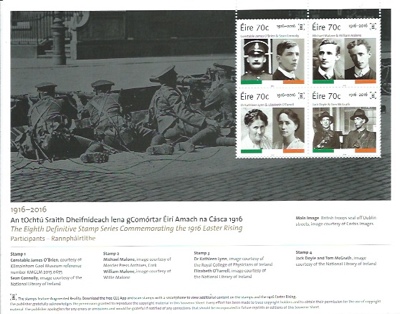 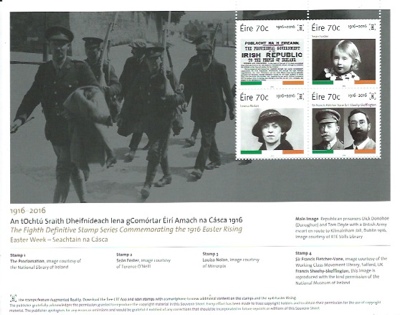 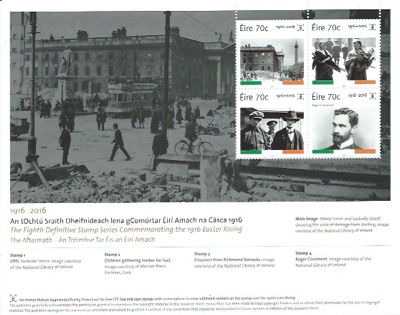 Following on from Blog 752, yet another "My Post" sheetlet of 12 identical stamps with attached labels from India Post, this time on the subject of the Godavara Pushkaram Bridge festival. The stamp, depicting as it does, a pleasant sunrise or sunset photograph is quite attractive for once and this is not a recent issue but one dating back to 2015. Rating:- *. 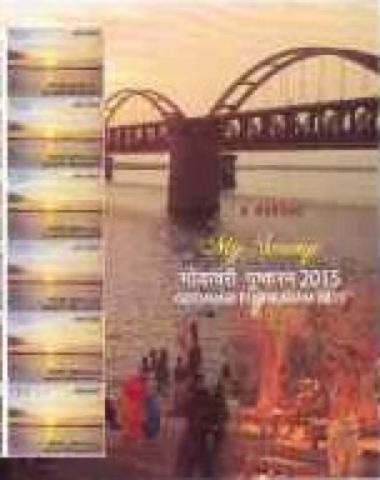