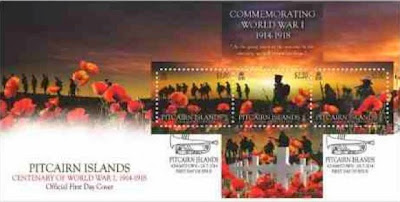 Pitcairn will issue a cross-shaped miniature sheet containing 3 different stamps on 27 July 2014 to commemorate the centenary of the beginning of the First World War. The beautiful design (the first day cover is shown above and the sheet itself will be illustrated in the Blog of 4 August 2014) is by Denise Durkin and lithographed by Southern Colour Print.

This week's issue from Australia Post is a relatively modest affair and consists of 2 gummed stamps which are part of a joint issue with Norfolk Island. The date of issue was 22 July 2014 and the stamps were designed by Melinda Coombes and lithographed by RA Print.

Falkland Islands will issue 4 stamps on 16 September 2014 as the third set of the ongoing "Colour in Nature" series. Once more, 4 outstandingly eye-catching stamps have been produced - I particularly like the 2 bird designs - the king penguins on the 30p design and the black oystercatcher on the 75p value. The stamps were designed by Ian J Strange and Georgina Strange and lithographed by BDT International:- 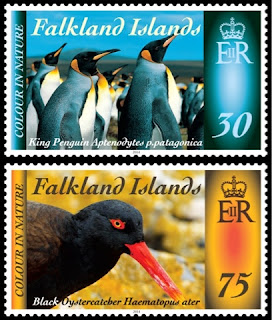 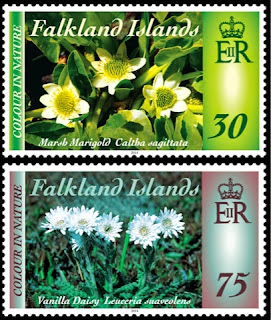 Canada Post will issue 5 stamps on 31 July 2014 which depict Canadian country music performers. Each stamp is in self-adhesive format and is produced in its own individual booklet of 10 stamps in the "Permanent" domestic rate (Canada Post's price for the 5 booklets is 42.50 Canadian dollars). The stamps are also sold in a miniature sheet containing one of each stamp printed on gummed paper. The depicted performers are Shania Twain, Renee Martel, Hank Snow, k.d. lang (sic) and Tommy Hunter. The stamps were designed by Sabrina McAllister and Roy White and lithographed by Lowe-Martin:- 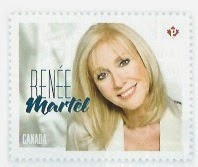 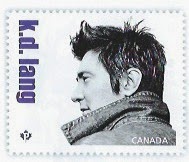 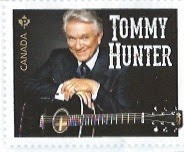 Canada Post's second issue of this lean summer is a single stamp to be released on 20 August 2014 to commemorate the Canadian Museum For Human Rights. The stamp is self-adhesive, designed by Adrian Shum of Circle and printed in booklets of 10 in lithography by Lowe Martin:- 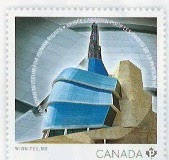 Jersey Post will release an exhibition souvenir to commemorate Philakorea World Stamp Expo on 7 August 2014 in the form of a strip of  6 labels with varying values printed on them in the style of Royal Mail's "Post And Go" stamps. These labels are being issued in a foreign country where they are not valid for postage so I do no feel any need to add them to much collection because I view them as simple exhibition souvenirs rather than true postage stamps (even if when they are transported half way across the world they may have postal validity in Jersey itself).