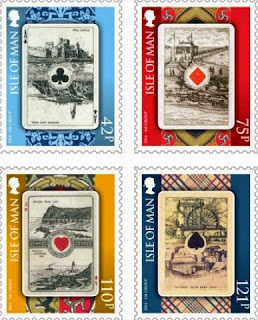 I frequently moan about new issues from The Isle Of Man but for once I have to confess to very much liking a set which will be issued by the territory on 8 August 2014. It is highly original, relevant to The Isle Of Man, interesting and attractive though the face value, £6.20, is rather higher than I like. The set of 6 depicts old Manx playing cards, all of which have island scenes on them. The stamps were designed by EJC Design and lithographed by Lowe Martin and will certainly find a place in my collection.

The Isle Of Man will also release a miniature sheet on the same day, 8 August 2014, to commemorate the centenary of the Panama Canal which on the face of it has nothing to do with the island. However, the item is made relevant to the territory by depicting William Kennish, a Manxman, who carried out early surveys to determine the route of the canal and I can just about accept that this issue therefore is justifiable though again I wish the face value (£3.50) were a little more modest. The sheet was designed by Isle Of Man Advertising and lithographed by BDT. 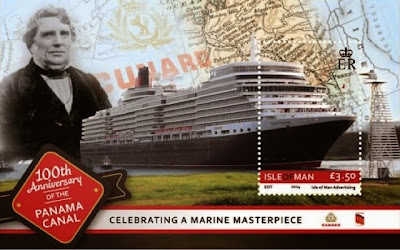 One of the 2 latest issues from Singapore is a set of 8 stamps and self-adhesive booklets on the subject of Festivals which was released on 25 June 2014. The stamps were designed by Leo Teck Chang and lithographed by Lowe Martin:- 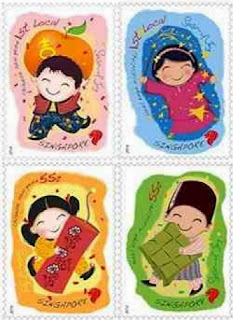 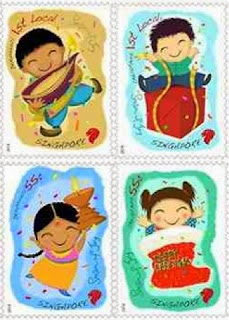 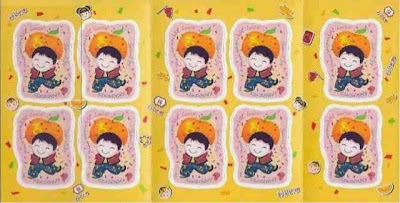 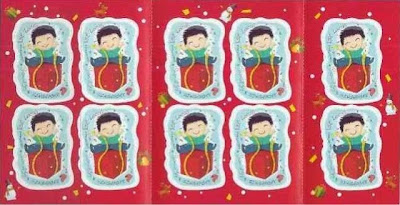 The second new issue from Singapore will be a set of 4 stamps to be released on 18 June 2014 which is on the subject of "Islands of Singapore". The stamps were designed by Eric Kong and lithographed by Lowe Martin:- 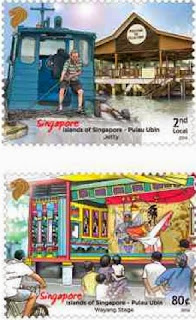 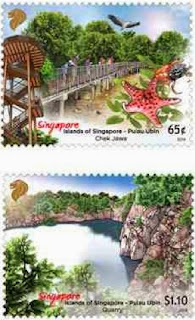 The latest issue from Botswana is a magnificent set of 4 stamps and 1 miniature sheet on the subject of the lions of the Chobe River area. The stamps were issued on 20 June 2014 and designed by Tim Murphy from paintings by Ngoni Wilson. This wonderful set is the sort of issue that makes the collection of new issues a very worthwhile and enjoyable hobby even in these times of exploitative philatelic agencies and greedy postal administrations. Well done, Botswana!:- 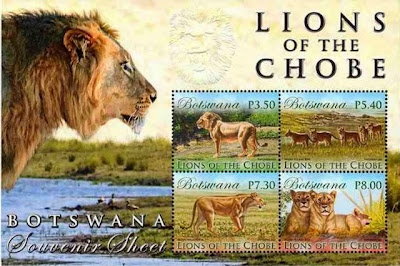 Botswana's neighbour, Namibia, has also recently released some excellent stamps which greatly enhance a collection of modern Commonwealth stamps. Four stamps were issued on 27 May 2014 which depict medium sized antelopes. They were designed by one of Namibia's brilliant designers, Helge Denker:-

The same designer was also responsible for another set of 4 stamps issued on 4 June 2014 which depicted the unlikely subject of poisonous snakes (tourists beware!). Again, these are excellent stamps and are very interesting even if the subject matter is a little unsettling:-

Zambia:- All 18 values of the 2013 definitive set which had to be surcharged because of the introduction of a new currency have been reissued with the new currency printed on them. I do not yet know the date of issue. Each stamp has a "2014" imprint at the centre of the lower edge. Eight of the new values are depicted below:- 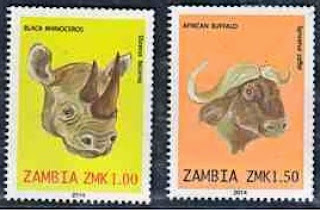 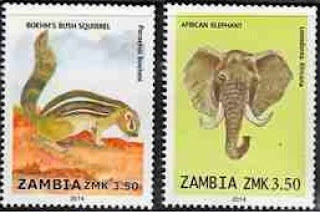 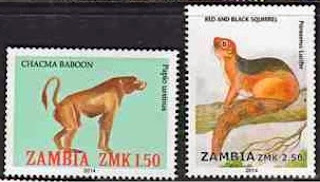 Finally, after all the controversy surrounding the launch of the Royal Mail Commonwealth Games stamps (see Blog 431) perhaps now that the stamps have been issued it will be reasonable (for the sake of completion) to depict the designs of the stamps not previously shown here. Details about the stamps are given in Blog 397. 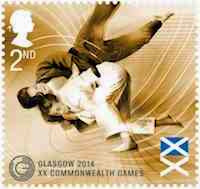 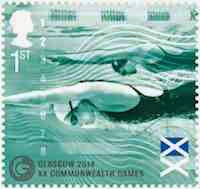 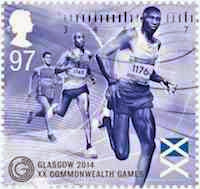 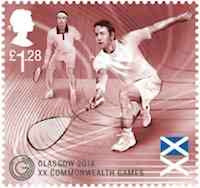 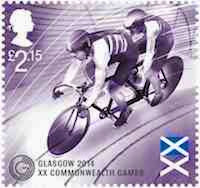 They are worthy commemorations of this major Commonwealth event and like the rest of the issues featured above are attractive additions to my collection. How wonderful it is to write all of the above  and to have had no real reason to complain except to wish that one or two face values might have been a little lower than they are. As I said above, new issue collecting can still be very pleasurable.