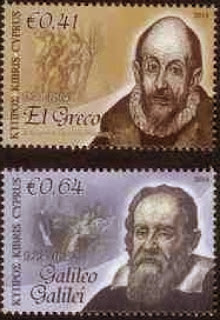 The Republic Of Cyprus issued 4 stamps on 30 June 2014 on the subject of "Intellectual Pioneers" and the featured notable men (no women are included in the set) were El Greco, Galileo Galilei, Michelangelo and Henri de Toulouse Lautrec. The stamps commemorate various anniversaries of these notables but I am personally a little disappointed not to find William Shakespeare included in the set on the occasion of the 450th anniversary of his birth especially as Cyprus features in Othello (admittedly Cyprus did commemorate his quatercentenary back in 1964):- 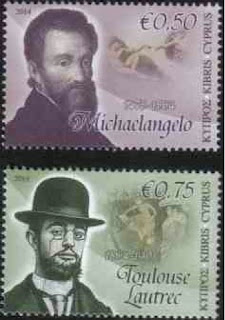 Cyprus then issued a single stamp on 9 July 2014 as part of the Euromed omnibus in which 12 countries and territories are participating (see Blog 434):- 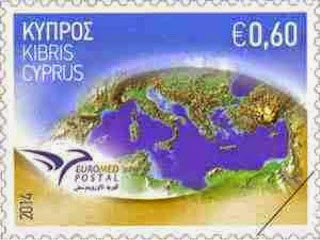 On 27 June 2014 St. Helena issued an important set of stamps with an accompanying miniature sheet on the subject of the project to build an airport on the island to improve St. Helena's communications with rest of the world. This is the first part of a series which marks this enormously important advance for the island:- 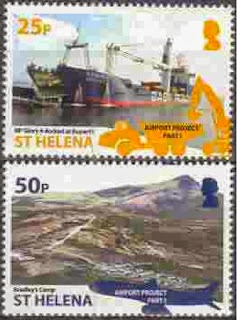 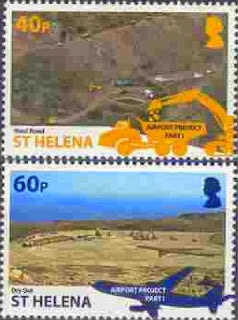 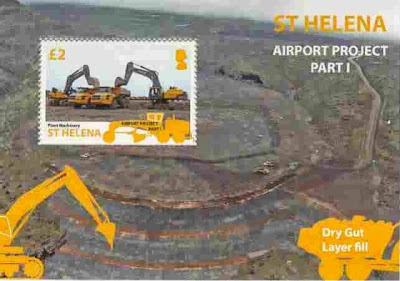 Meanwhile Malaysia issued 4 stamps and 1 miniature sheet on 24 June 2014 to commemorate Kuala Lumpur International Airport Terminal 2. The stamps were designed by Malaysia Airports and lithographed by Southern Colour Print. I wonder how the completed St. Helena Airport will look in comparison to Kuala Lumpur's magnificent construction:- 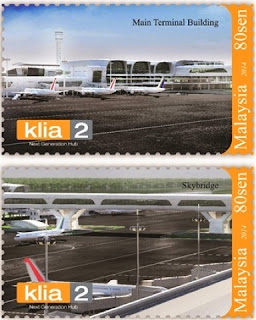 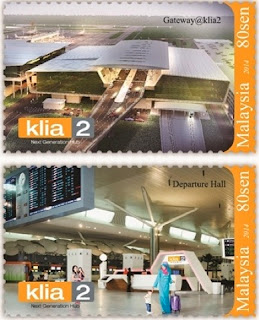 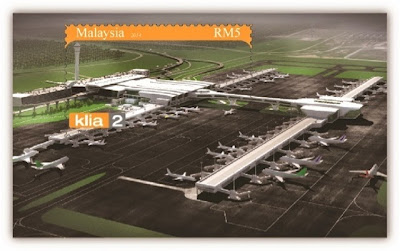 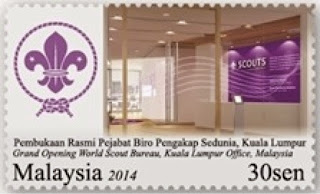 As part of its "Butterflies part 4" issue which was released on 13 April 2014, Brunei Darussalam again also issued an accompanying booklet with a very colourful cover. It is estimated that there are 464 species of butterflies in Brunei so with 12 species featured so far in the first 4 parts of this ongoing series, there are only another 452 species to go (at a rate of 3 species per set that means just another 152 sets outstanding!). They are very attractive and modestly priced stamps and so I really do not mind if the Brunei Post Office does issue another 152 sets except that at a rate of 2 sets per year I know that I won't be around in 76 years time to see the series completed. Pity. 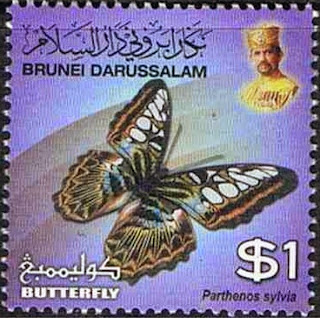