The latest Stamperija products on behalf of Mozambique are reminiscent of the 1960's 'B' movie, "One Million Years BC" wherein prehistoric man meets the dinosaurs even though their existences were actually separated by more than 60 million years. The Lithuania-based philatelic agency has announced that on 25 September 2013 it issued another 15 sheetlets, each containing 4 different "stamps" and 15 miniature sheets for Mozambique including the priceless issue "Prehistoric man and dinosaurs" - all one needs to complete the production is a "stamp" which depicts Raquel Welch standing in front of a rampaging herd of dinosaurs. And Stamperija are just the people to produce such an item. Indeed the margins of the miniature sheet do show early men fighting a tyrannosaurus with spears which may be a scene from that very movie! 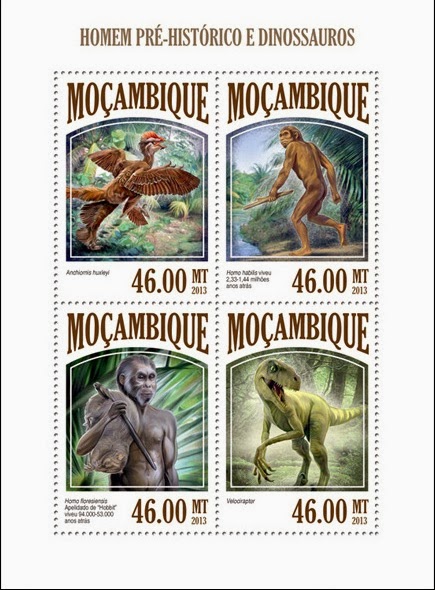 This tacky product (the stamp issue not the movie) has a total face value of 363 MT  (£7.16p) which means that the complete "issue" has a face value of £111.03p. Producing stamps is like having a licence to print money and there appears to be a lot of people around who wish to buy this stuff. Interesting, isn't it? 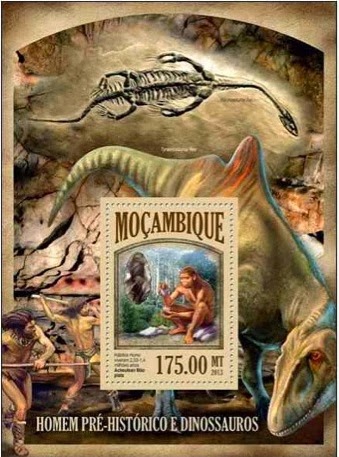 For the record the other 14 sub-issues are:-
The Birth of Prince George of Cambridge:- 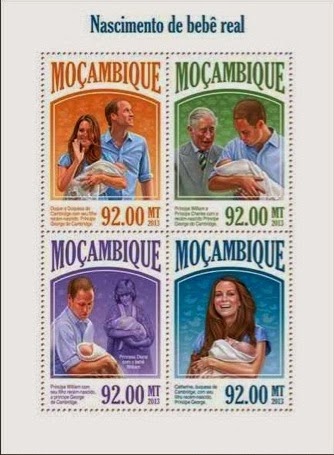 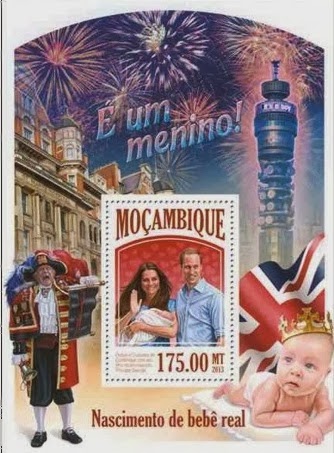 The miniature sheet is truly appalling with the outrageous picture of a baby in the lower right margin with a crown balanced on its head presumably purporting to be the infant prince himself. Likewise the portrait of The Prince Of Wales in the second stamp of the sheetlet is insulting in its rendition of the heir to the throne of The United Kingdom and of other Commonwealth Realms and Territories. Despite the awful quality of the designs of the Prince George set, for some reason the face value of the 4 sheetlet stamps is double that of the stamps found in the other 14 sheetlets - presumably Stamperija expect that potential buyers of the items will be more prepared to pay a higher price for their souvenirs of the royal baby than collectors of the other themes are prepared to pay;
150th Birth anniversary of Pierre de Courbetin;
40th anniversary of the death of Pablo Picasso;
Elvis Presley;
400th anniversary of the Russian Romanov royal dynasty:- 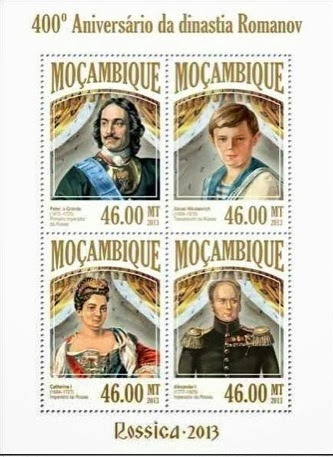 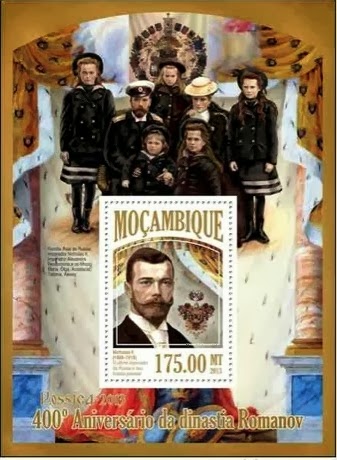 120th anniversary of the birth of Joan Miro, painter
World War I:- 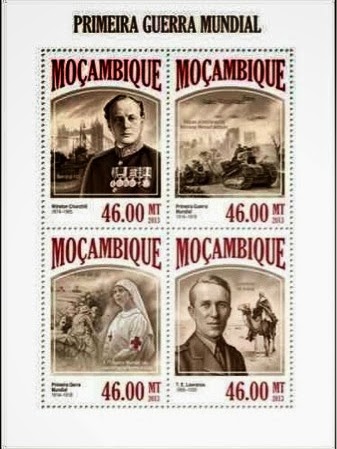 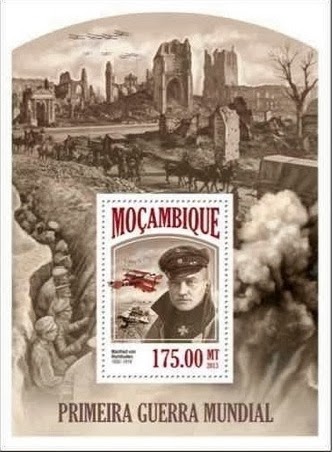 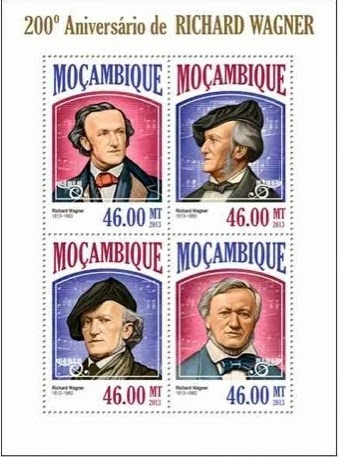 It isn't unreasonable to conclude that none of the above items have any direct relevance in subject matter to Mozambique and I am not tempted in any way to spend my money on them though I have to admit to finding the prehistoric man meets dinosaurs issue to be hilarious.
So far, Stamperija has announced the production of 478 stamps and 106 miniature sheets (a total of 584 items) during 2013 up until the end of September and no doubt that is not the end of it.