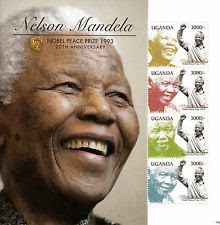 New stamp issues from Uganda are very complicated, not in the way that British Machin definitives are complicated, but because the country's Post Office allows various philatelic agents to produce and issue philatelic items on its behalf - there are at least 3 sources - Stamperija, a Lithuania-based producer of philatelic products and a large New York-based philatelic agency (items produced by both of these agencies are sold at the philatelic counter in Kampala's main post office) and the printer Oriental Press of Bahrain which seems to be responsible for the stamps which are actually sold in ordinary post offices to the public for use on any mail they may wish to send.
In Blog 337, I mentioned the 2 sheetlets produced by the agency in New York which commemorated the South African statesman Nelson Mandela but there appears to have been another Ugandan Mandela issue from 2013 which commemorates the 20th anniversary of the award to him of the Nobel Peace Prize. This looks like another New York produced issue, separate from the issues which were released to commemorate Mandela's death. 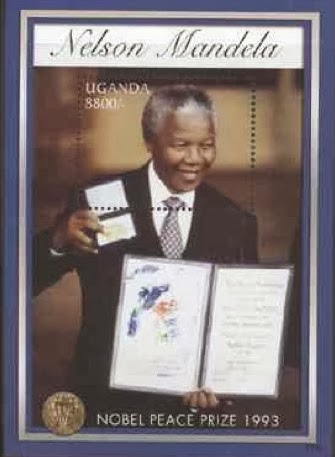 I include illustrations of the Mandela memorial sheetlets below:- 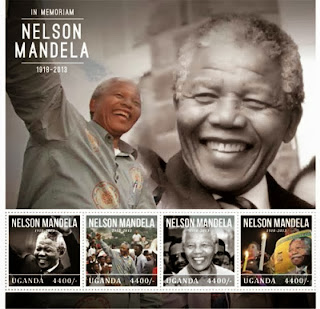 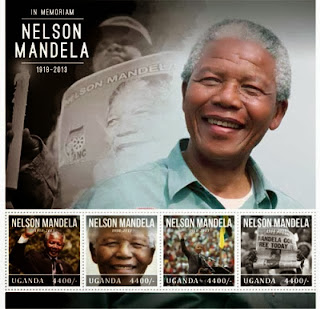 Another set which I have previously mentioned is the issue of 27 December 2012 which was donated to Maldives by The People's Republic Of China to commemorate the 40th anniversary of diplomatic relations between the two countries and I now depict a better illustration of the stamps:- 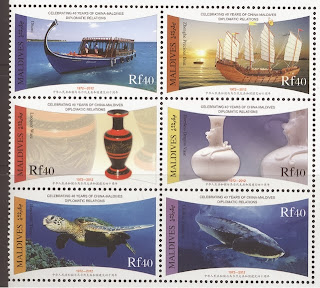 From Grenada an issue which seems to have no relevance to the island is a sheetlet of 4 different stamps and 1 miniature sheet which commemorates the 10th anniversary of the final flight of Concorde:- 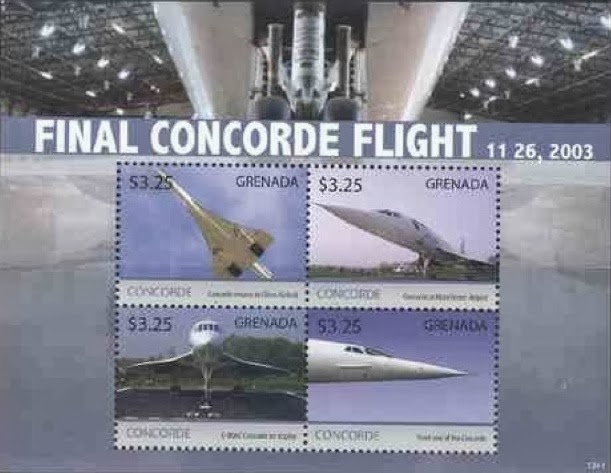 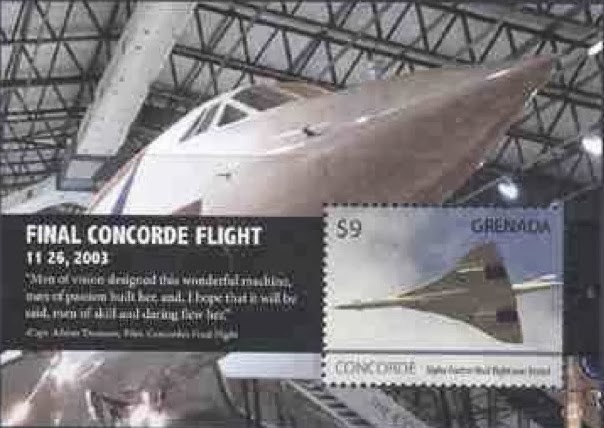 Four Christmas stamps were also issued by Grenada with the additional inscription of "Grenada Carriacou and Petite Martinique". I do not yet know the date of issue of the above philatelic products. 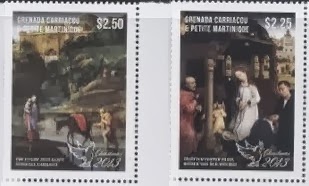 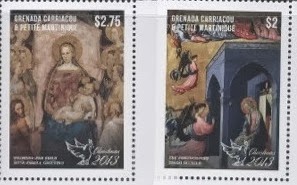 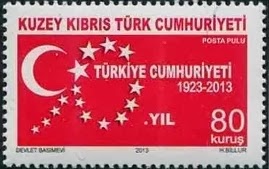 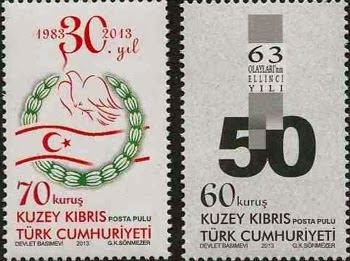 On 30 January 2014, Ireland issued 2 rather strange greetings stamp which feature friendly, odd-coloured robots and space aliens. It's very hard to see any merit in the subject matter of these designs - they seem to be the Irish equivalent of Royal Mail's recent "Peppa Pig" stamp. The stamps are self-adhesive and were designed by Phil Elliot and printed in lithography by Irish Security Printers in booklets of 10:-