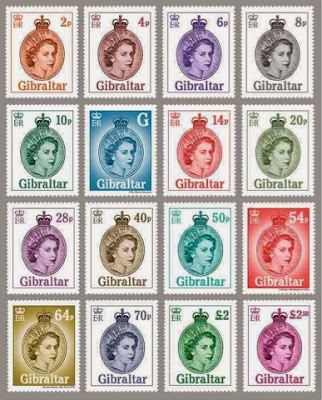 Gibraltar issued a new definitive set on 31 January 2014 which was designed by Stephen Perera and lithographed by Cartor. It consists of 16 stamps with values ranging from 2p to £2 and £2.50p but not including a £1 value. I suspect that there will be higher values to follow. The designs feature the portrait of Queen Elzabeth II which was used on the 1953 definitive set although I think I would have preferred it if the Gibraltar Post Office had recognised that The Queen is now quite an elderly lady and had taken the opportunity to use an up-to-date portrait of her rather than going back 60 years and using a portrait that is very familiar to stamp collectors. I also feel the same about the tiresome British Machin portrait definitives; how wonderful it would be to see the introduction of a dignified portrait that shows us The Queen as she is now.
Royal Mail's website now depicts the first set of  "Post And Go" stamps to feature British flora which will be issued on 19 February 2014 and they certainly make an appealing and attractive set. Although they are described as spring blooms the unusually mild if rainy winter in Britain will probably mean that these plants will bloom early this year and indeed I noticed that the snowdrops in my garden were in bloom on 1st February and crocuses are in flower today (8 February).
As mentioned in a previous blog, these stamps will be available in digitally printed form from post offices with Wincor Nixdorf machines and from the new Hytech machines which will only be available for a short period at the Spring Stampex exhibition which means that this second format has only limited availability and is not directly available for postal use on ordinary mail and so are really exhibition souvenirs rather than true postage stamps. Hence I shall obtain the Wincor Nixdorf-printed stamps but ignore the exhibition souvenirs as I collect proper postage stamps rather than "collectables".
The stamps will also be issued in packs of 6 stamps as shown below. The stamps from the packs are lithograph printed. These are only available to the general public from the Philatelic Bureau in Edinburgh so it is arguable whether these are true postage stamps or merely collectables since members of the public who want to buy stamps for use on their post are hardly likely to go to the trouble of sending to Edinburgh for their stamps when other stamps of some description can be obtained from their local post office or other local retail outlet. I will buy one of these packs because they are very attractive and interesting even though I know that these lithograph-printed stamps are really just collectors' items rather than true postage stamps intended for use on mail - I'm not always consistent in what I collect. 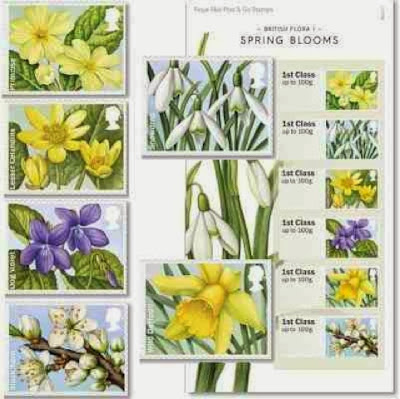 The first stamp issue from India of 2014 was released on 14 January and commemorated the 50th anniversary of the Food Corporation of India. The single stamp was printed by the Security Printing Press of Hyderabad:- 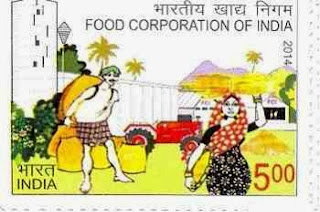 I have previously mentioned the 2 stamps and 1 miniature sheet issued by Sri Lanka on 12 January 2014 to commemorate the Thai Pongal Farmers' Festival and now include a depiction of the miniature sheet below:- 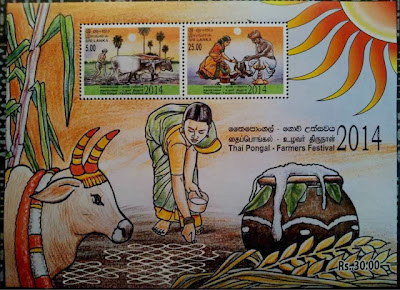 It isn't easy to understand the relevance of the Sochi Winter Olympic Games to Mozambique - skiing and ice hockey aren't really sports which one associates with the country - nevertheless its philatelic agents, Stamperija, have produced a sheetlet of 4 philatelic items as well as 1 miniature sheet with Mozambique's name printed on them to commemorate the Games. Only three African territories have sent teams to the Sochi Winter Olympics - Morocco, Togo and Zimbabwe. This issue is said to have been released with 29 other sheetlets and 29 other miniature sheets on miscellaneous subjects on 25 June 2013:- 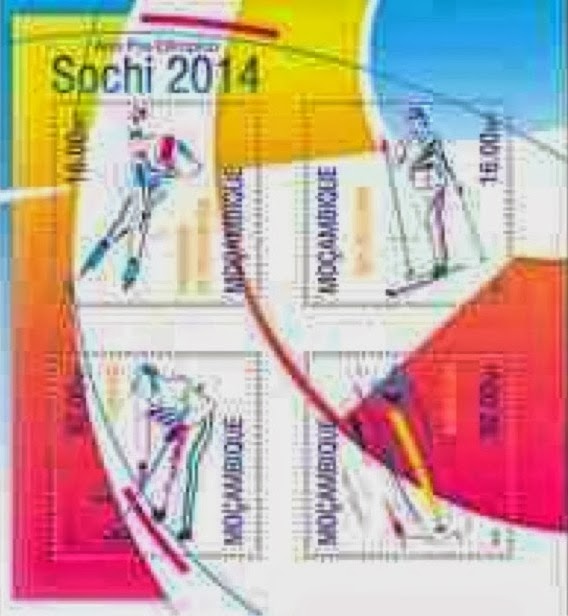 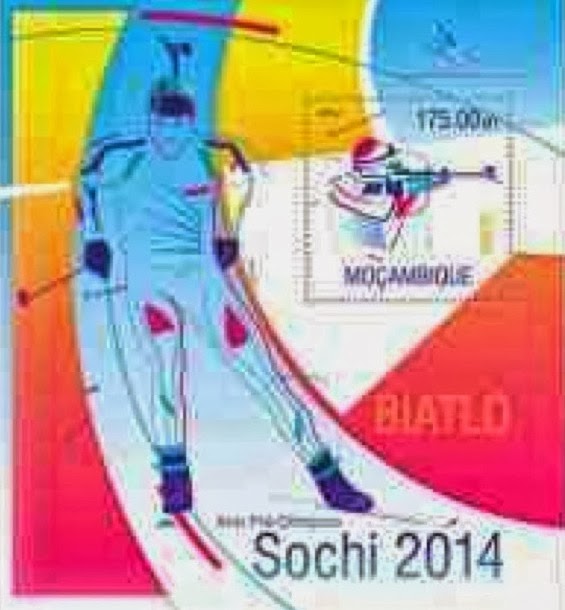 Perhaps the issue will enthuse Mozambiqueans to go and dig out their toboggans or ice skates. Or perhaps not.