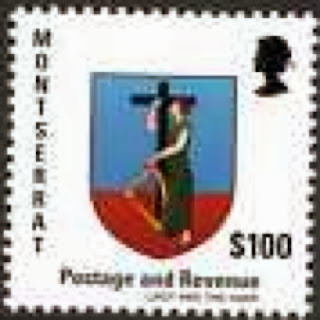 Montserrat has issued 2 new definitive stamps of very high face value - $50 and $100 - which are said to be the first high face value stamps issued by the British Overseas Territory since 1983. The $100 value features the flag badge of the territory (the allegorical female figure, Erin, who is holding a cross and a harp) and the $50 depicts the island's original war memorial which was sadly destroyed by the volcanic eruption of 1998. This latter design seems very appropriate as this year marks the centenary of the outbreak of the First World War. Both stamps received official royal approval and were designed by the territory's New York-based philatelic agents and printed in lithography by Beijing Security Printers. Both stamps are inscribed "Postage and Revenue" and will presumably receive more fiscal usage than postal. The total face value of the pair is equal to £33.32p and I note that one British dealer is selling the pair for £73.90 which is a 220% of the face value so any collector wishing to buy these 2 stamps would be wise to shop around for them to limit expenditure. 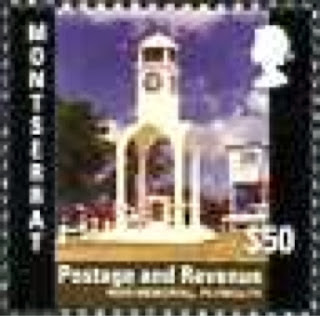 I have now seen some pictures of some of the 100 stamps issued in December 2013 by Kenya to commemorate the country's 50th anniversary of independence. I rather expected the issue to be similar to that issued in 2010 which depicted insects - 4 sheetlets each of 25 different stamps - but surprisingly this latest issue seems to consist of a number of themed miniature sheets; thus we have a sheetlet of 6 different stamps on the history of mail delivery in Kenya, a sheetlet of 4 stamps which has the subject of coins and Banknotes, 1910 to 1966 and a sheetlet of 4 stamps which is on the theme of the former and present Presidents of Kenya:- 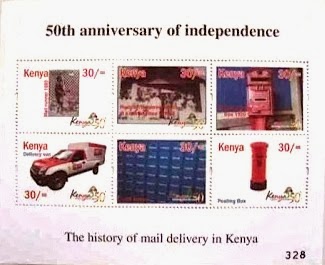 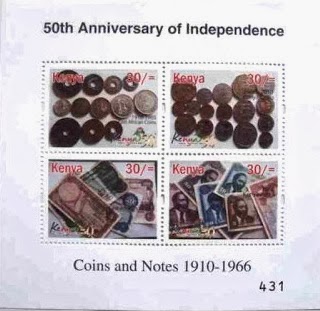 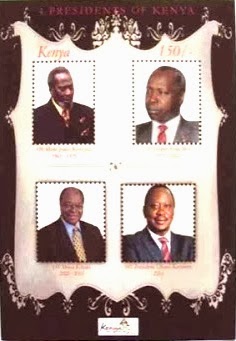 South Africa's new issue programme for 2014 starts with a dignified commemoration of the late Nelson Mandela, the first President of democratic South Africa. The single miniature sheet was issued on 11 February 2014 and designed by Thea Clemens who used a photograph supplied by the Nelson Mandela Foundation as the basis of her design. The sheet was lithographed by Enschede. 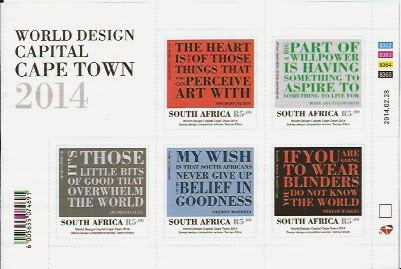 Other issues to come are:-
9 May - "The Big Five" animals (a theme featured a number of times on previous issues by South Africa - perhaps next time the South African Post Office could give us something different - what about  "The Little Five" for a change?
30 May - "Ukuthunga (To Sew) I
11 June - Critically endangered Douth African birds
26 June - Hamilton Naki
3 July - South African popular musicians I
28 July - Centenary of the outbreak of the First World War. Two stamps commemorate the campaigns in which South Africans were heavily involved - those in what was then German South West Africa (now Namibia) and what was then German East Africa (now Tanganyyika):-

20 August - South African lighthouses
17 September - South African national parks I
9 October - World Post Day - Post Office People
13 November - South African ceramic vessels
5 December UNI World Congress.
I frequently complain about the excessive issues from Jersey Post but I must say that I like very much the set of 4 stamps which will be issued on 25 March 2014 which commemorate local music festivals. The 2 higher values of the set are Jersey's issue as part of the annual EUROPA omnibus series which has taken the theme of national musical instruments for 2014. The truly excellent designs are by Mark Wilkinson and printing is by Cartor using lithography. The set is completely locally relevant and is modestly priced and very attractive. For once, Well Done Jersey! 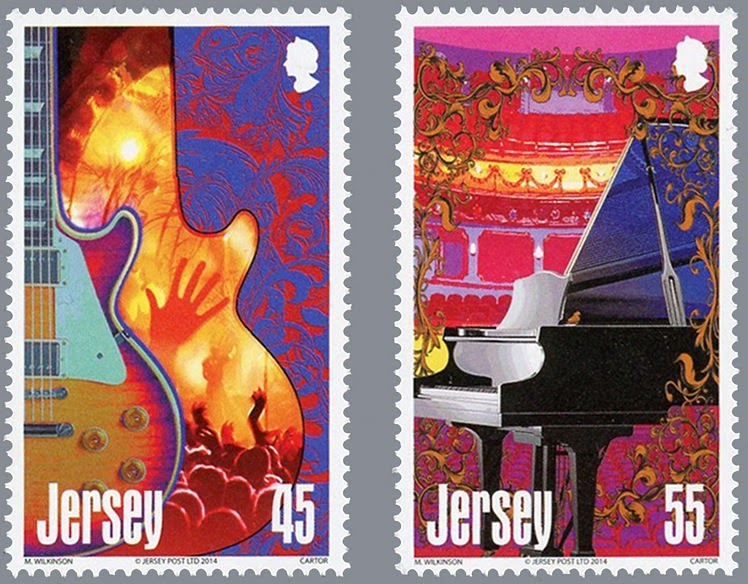 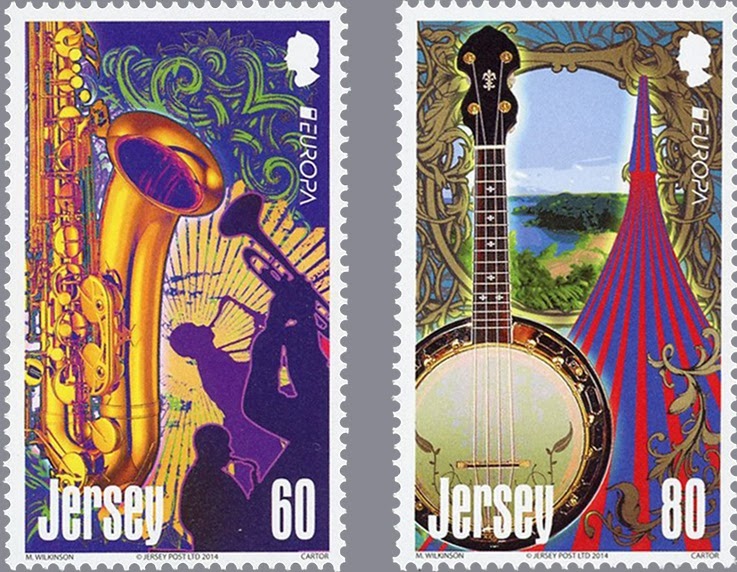 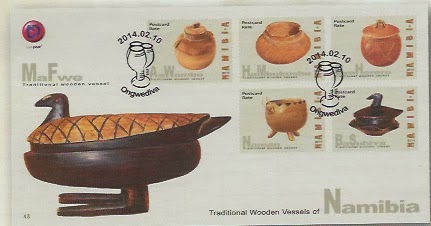 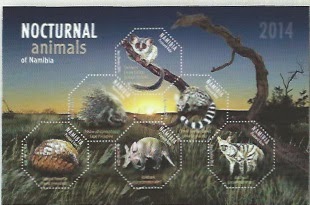 I particularly like the nocturnal animals sheetlet which reminds me of the first joint SAPOA issue of 2004 because of its format with octagonal stamps. The issue is beautifully designed and is interesting and attractive and it will be a pleasure to it add to my collection as is the case with the Jersey music issue.