Currently being offered for sale on E-Bay are 2 new sets of stamps recently issued by Zim Post, the Zimbabwe mail service. Both sets consist of 4 stamps and the first, issued on 24 July 2012, is a new addition to the on-going series of "Heroes of Zimbawe" whilst the 2nd issue to appear was released on 28 August 2012 and centred on the subject of road safety.

Elsewhere, Australia Post has started a feeding frenzy of stamp issuing with numerous items being released in a remarkably short time period. On 28 August 2012, seven gummed stamps and 6 self-adhesive stamps and a miniature sheet were issued on the theme of Australian zoos. The stamps depict nothing original - tiger, orang-utan, giraffe, rhinceros, giant panda and so on, all featured on countless stamps from elsewhere before. 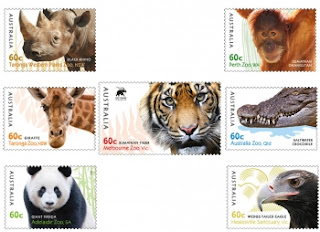 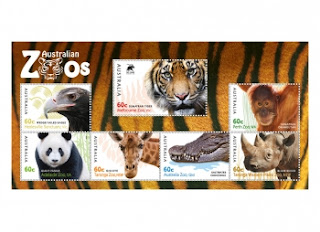 Three gummed and 2 self-adhesive stamps were issued on 25 September 2012 in relatively high values on the subject of the "Australian wilderness". Little effort had been put into the designs - just some photographs with some writing laid across them:- 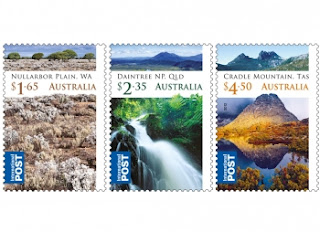 At least the set of 5 gummed stamps, 5 self-adhesive stamps and the inevitable miniature sheet which were released on 18 September 2012 depicted original art although the theme of the set, "Road trip Australia", seems astonishingly inconsequential. 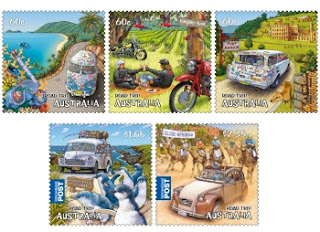 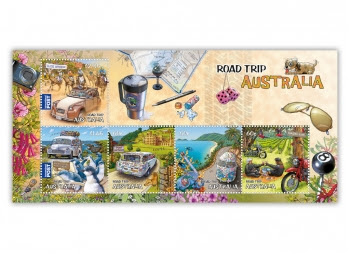 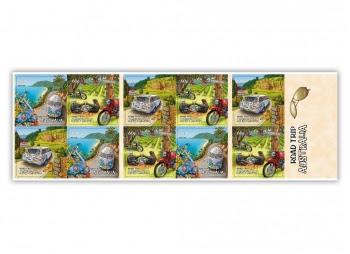 And, as if the "Road Trip" was not enough, on 2 October 2012, Australia Post issued 4 gummed and 4 self-adhesive stamps as well yet another miniature sheet, which featured more vehicles to commemorate the 50th anniversary of car racing at Bathurst:- 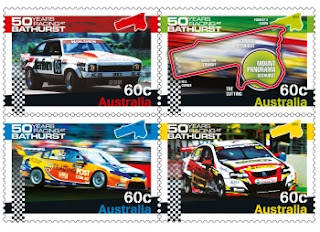 Unsatisfied with the above, Australia Post also issued a set of 4 stamps and, yes, a miniature sheet to commemorate the centenary of the Australian Antarctic Expedition:- 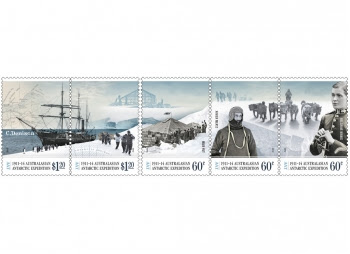 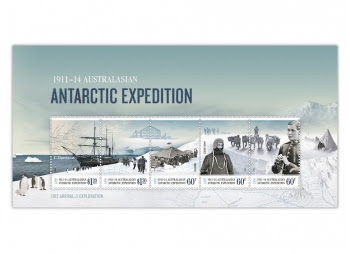 as well as a sheetlet of "marine life" stamps for The Cocos (Keeling) Islands and, in the immediate future, plans to release 2 gummed and 2 self-adhesive stamps on the subject of ballet on 16 October 2012 as well as a "Sporting Legend" issue. Soon after that there will be Christmas stamps. This spate of issues is so greedy that I should think that Stamperija have been advising Australia Post on its new issue programme but then again Australia has been issuing far too many stamps for the past few years. Perhaps this flood of issues is an attempt to make up for the poor return Australia Post must have experienced when it had so few Olympic gold medal winners stamps to issue because of the humiliatingly poor performance of the Australian Olympians. Finally, after its issue of a set of 88 stamps on 10 August 2012 to commemorate the 70th anniversary of Operation Pedestal, Malta returns to a degree of moderation with a set of just 4 stamps on 26 September 2012 which depict historic Maltese gateways which is actually more interesting than it sounds:- 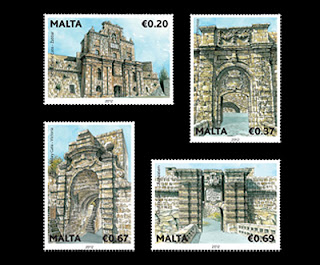