🇫🇯 Fiji Post issued a set of 4 stamps on 13 July 2018 on the subject of Endemic Fiji Herpetofauna which isn't the catchiest title for a set of stamps that I've ever come across but which I interpret to mean 'Local reptiles'. It's an attractive set, not as expensive as some recent issues from Fiji Post, and I like it. Rating:- ****. 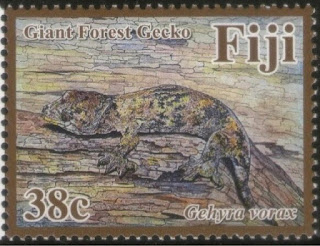 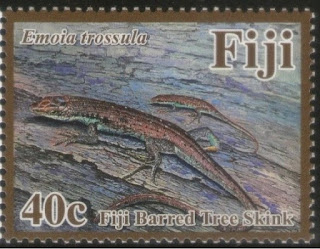 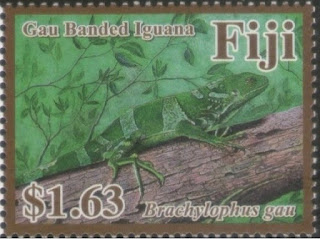 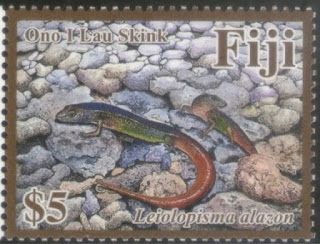 🇮🇳 India Post issued 2 stamps and 1 miniature sheet on 30 August 2018 as a joint issue with the Armenian postal service. The designs feature the subject of Dance which has appeared on several previous issues released jointly with the postal services of other countries. I do not know what is so special about the relationship of India with Armenia that it warrants a special postage stamp issue to draw attention to it but India Post is currently prolific in releasing joint issues with other territories and at least the face values are pretty low. Rating:- ***. 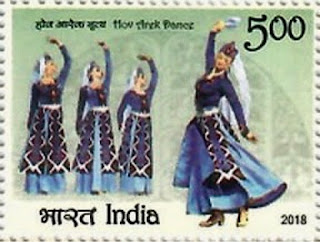 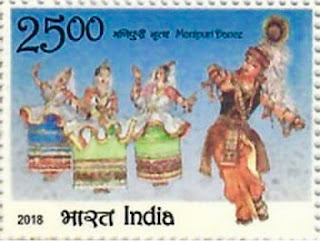 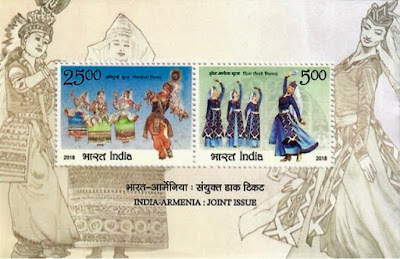 🇮🇴 The postal service of British Indian Ocean Territory will issue 4 stamps and a miniature sheet on 4 September 2018 to commemorate the International Year of the Reef. The designs are based on artwork by the winners of an international children's art competition. It seems unsatisfactory that each stamp has a face value of £2 and wouldn't it have been nice if the Foreign and Commonwealth Office which is responsible for the government of the territory though a Commissioner based in Britain had decided to get the children of the Chagossians, the former inhabitants of the BIOT whom the British had expelled from their homes in the territory in the 1970s, to submit artwork for use on the stamps of their homeland from which they had been banished? Rating:- **. 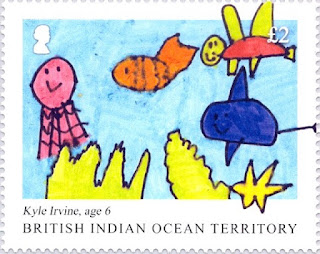 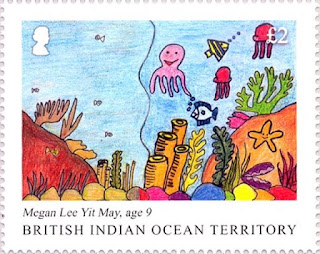 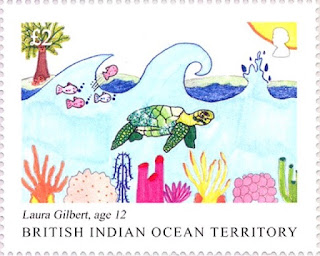 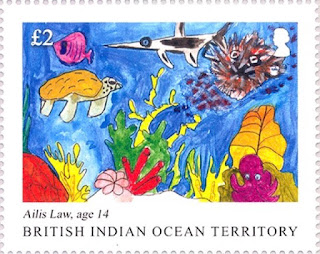