🇦🇺 Australia Post issued a single gummed stamp from sheetlets of 10 and a single self-adhesive stamp from booklets of 10 to commemorate the record-breaking 26th consecutive race win by the Australian mare Winx which outdoes a horse featured on a previous Australia Post issue, Black Caviar. The race took place on the day on which the stamp is stated to have been issued. Collectors can also buy a 'Cheque book' containing 200 stamps for the price of $200 if they are so inclined. Rating:- ***. 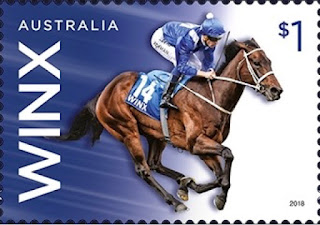 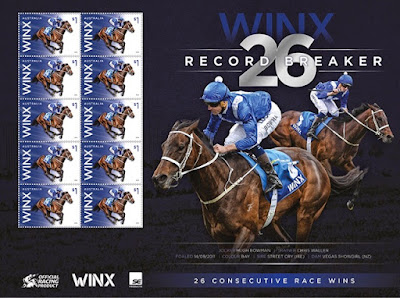 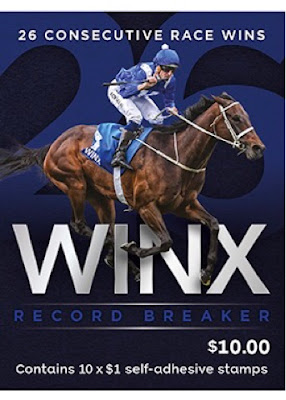 🇬🇩 In Blog 1285 I mentioned an issue from IGPC which is inscribed 'Grenada' on the subject of The nutmeg, a subject of relevance to the island. It appears that there is another item also inscribed 'Grenada' on the subject the Cocoa plant. This issue takes the form of 2 different stamps printed in a sheetlet of six (3 x 2 different stamps) and a single stamp miniature sheet. Again, an issue of relevance to Grenada. Rating:- **. 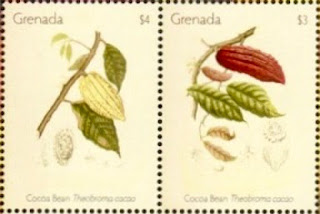 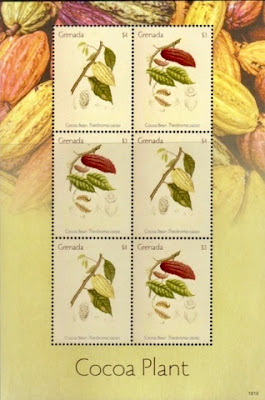 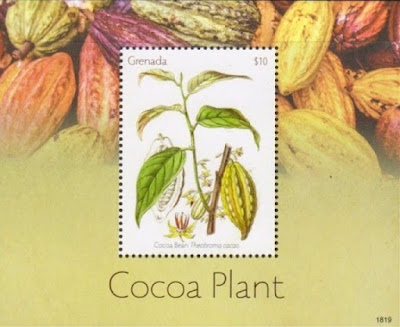 🇧🇹 Bhutan has had a chequered philatelic history since its first postage stamps were released in 1962 (fiscal stamps first issued in 1954 had been used as postage stamps for internal mail previously) and for many years after it became a fully independent state - that is - its peculiar treaty relationship with India and previously, United Kingdom, was terminated and it joined The United Nations, its postal service released countless items depicting subjects of little or no relevance to Bhutan - a situation made worse by it allowing the notorious IGPC to control its stamp issuing programme.

Around 2010 a change of agency lead to a much more satisfactory new issue policy being adopted. While it is true that the result was that Bhutan continued to issue rather more stamps than perhaps it should have done, the issues were relatively inexpensive, extremely attractive and interesting in the main and always featured subjects of relevance to Bhutan and its place in the world. I have been collecting these stamps in recent years with a great deal of pleasure.
However I was recently plunged into a very temporary state of despair when I spotted an item on sale on an internet auction site which at first made me think that Bhutan Post was returning to the bad old days. The item is a miniature sheet containing 4 different stamps produced by what looks like micro lenticular printing. The issue features a satellite and is clearly centred around a Space theme which clearly has nothing to do with Bhutan. Wrong! Further reading reassured me that the issue does indeed have a lot to do with this Himalayan kingdom - it appears that the little country has just launched its first satellite, Bhutan -1, and that it has made its way to the International Space Station aboard a SpaceX Falcon 9 rocket and will be operational from mid-August. The Bhutan government has built an earth station at the Ministry of Information and Communications in Thimphu. 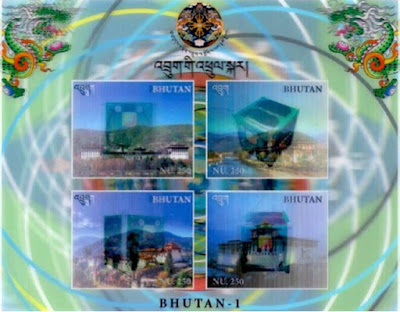