1272. 🇹🇷🇲🇾 Reptiles From Northern Cyprus And Blowpipes From Malaysia.

🇹🇷 The postal service of the Turkish Republic Of Northern Cyprus issued a se-tenant pair of stamps and a sheetlet containing 2 each of the stamps on 31 July 2018 on the subject of Local wildlife. The issue depicts 2 species of reptiles and was designed by GK Sonmezer. This is a pleasant pair of stamps featuring charming local creatures. Rating:- ****. 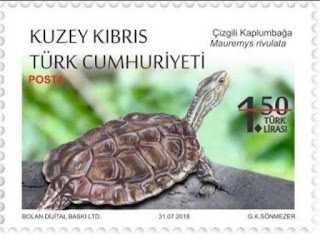 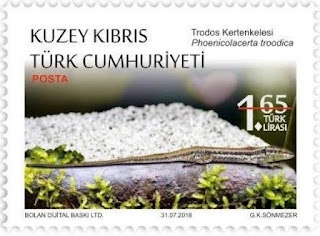 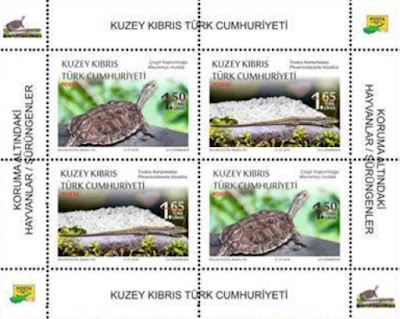 🇲🇾 Pos Malaysia will issue a fascinating set of 3 stamps and 1 miniature sheet on the subject of Blowpipes on 14 July 2018. Rating:- ****. 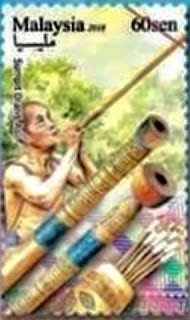 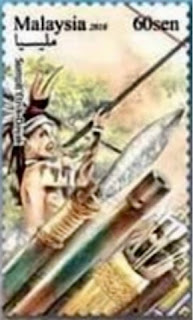 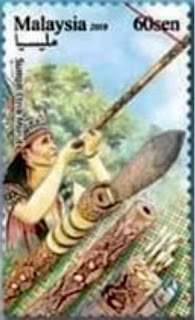 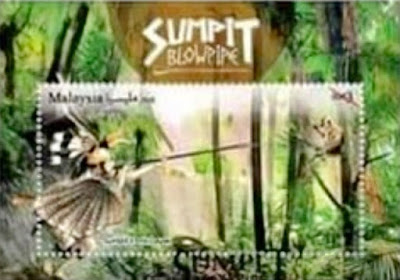 Blowpipes have been featured on a number of stamps from the Malaysian area in the past some of which are depicted below. Most notable is the depiction of men using blowpipes on the 50c value of the beautifully recess-printed definitive series of the Malayan States first released in 1957. Some were reissued in states where the ruler of the state was changed during the lifetime of the stamp issue. There were issues from Johore (1960), Kedah (1957 - Sultan Tengkhu Badlishah and 1959 - Sultan Tengku Abdul), Kelantan, Malacca (1957 - Queen Elizabeth II and 1960 - Badge of Malacca), Negri Sembilan, Pahang, Penang, Perak, Perlis, Selangor and Trengganu.
The use of blowpipes was also featured on stamps from North Borneo - the first such issue was the 12c value of the magnificent 1939 definitive series which was reissued in 1947 with overprints applied when the status of the territory was changed from that of a Protectorate to that of a Crown Colony. The next stamp to feature the subject was the $2 value of the photogravure-printed definitive set of 1950 which depicted a portrait of King George VI which was reissued with a portrait of Queen Elizabeth II in 1954. A man with a blowpipe was then depicted on the 30c value of the recess-printed 1961 definitive series which was reissued in 1964 with an overprint applied after the name of the territory was changed to Sabah. 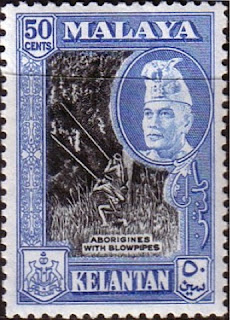 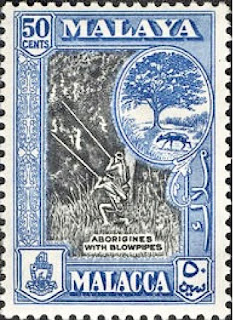 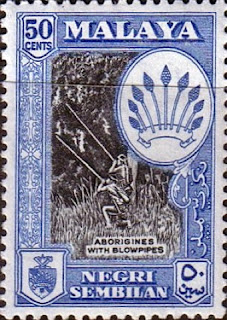 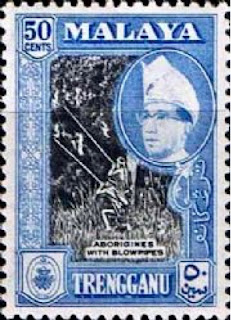 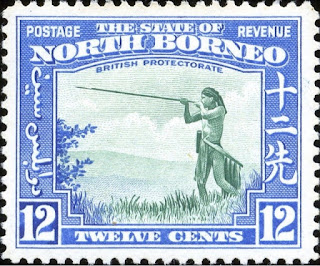 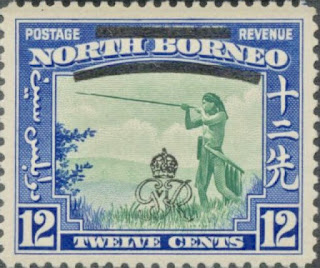 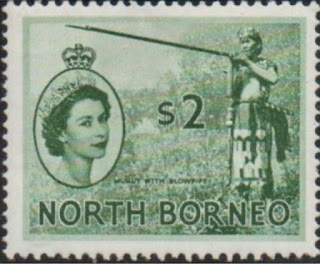 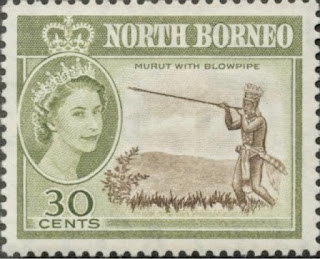 🇧🇹 Bhutan Post issued 2 miniature sheets, 1 containing 4 stamps and the other containing a single stamp, to commemorate the 25th anniversary of the GEF Small Grants Programme, an important international programme which has allowed many people across the world, including in Bhutan, to establish small businesses and to help local communities by doing so. This is a worthy issue of relevance to Bhutan. Rating:- ****. 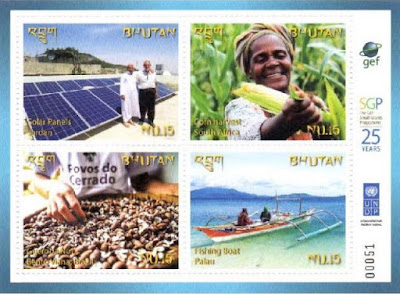 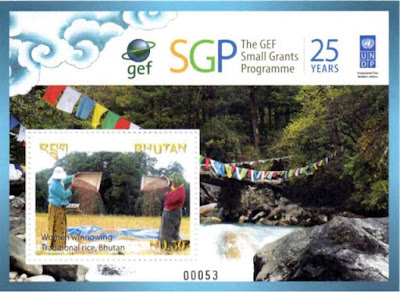