🇮🇳 India Post issued a stamp on 28 July 2018 to commemorate the National Viral Hepatitis Control Programme. It's not every day you see a liver on a stamp. Rating:- ***. 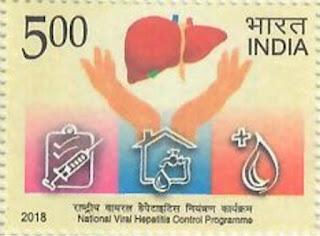 🇬🇧 The final issue of Royal Mail's series to commemorate the Centenary of the First World War can now be seen on the Internet. The set is again made up of 6 stamps and there is also an accompanying Prestige booklet. The issue will be released on 13 September 2018 and ofcourse marks the centenary of the end of the war. The designs again include a stamp depicting a poppy, a line of poetry, 'What passing bells for these who die as cattle? Only the monstrous anger of the guns' from 'Anthem for Doomed Youth' by Wilfred Owen, a work of art and a photograph of The Tomb of The Unknown Warrior in Westminster Abbey. A dignified and appropriate conclusion to this series. Rating:- *****. 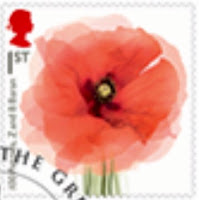 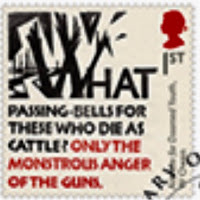 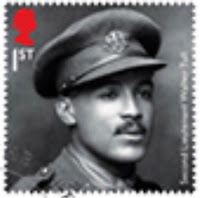 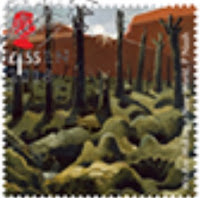 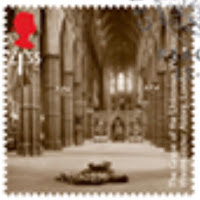 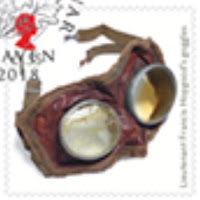 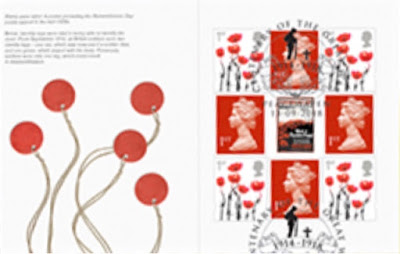 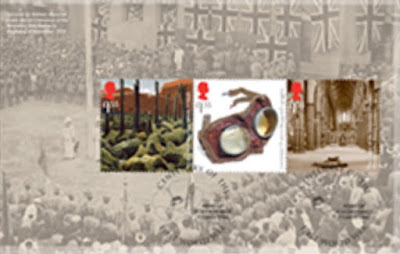 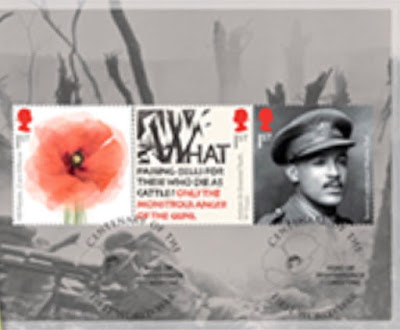 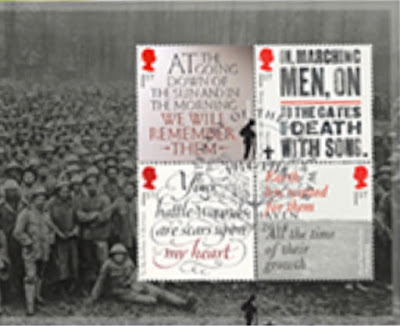 🇹🇹 The Facebook page of the Trinidad And Tobago postal service included an illustration of 2 new stamps on cover which I presume was released on the day the publicity was posted on line. The stamps and cover commemorate the Centenary of the Child Welfare League. The illustration of the stamps themselves is rather poor and I can not read the date of the postmark. Rating:- ***.
Addendum - Kennethsequera via Stampboards has kindly pointed out to me that the 2 stamps were first released in 2006 - something I completely overlooked - and it is only the cover that is new and not the stamps. Thanks for contacting me about this.

🇱🇰 I have come across the proposed new issue programme of Sri Lanka Post for 2018 and it reveals that there should be a lot more issues to come before the end of the year with the next issue likely to be released on 18 August 2018 on the subject 'Daha Ata Saniya' which rather alarmingly is made up of 18 stamps. Wikipedia informs me that Daha Ata Saniya is a 'traditional Sinhalese exorcism ritual' which is made up of 18 masked dances, each representing a 'particular illness or ailment affecting humans' which explains, I suppose, why a set of 18 stamps might be justified. 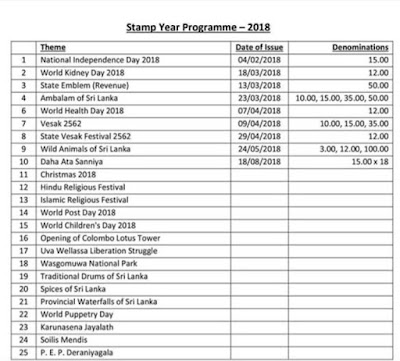