🇿🇼 It has been a historic year for Zimbabwe. In October 2017, the former tyrant Robert Mugabe was deposed by the military and replaced by one of his henchmen, Emerson Mnangagwa who was known by the sinister nickname, 'The Crocodile'.
There was a general welcome for Mugabe's deposition and the new president promised that free and fair elections would be held and these were scheduled to take place on 30 July 2018. On 18 July 2018, Zimbabwe's national postal service, ZimPost, issued a set of 4 stamps and one miniature sheet which presumably was meant to celebrate the removal of Mugabe and the bolstering of democracy in the country and to emphasise internally and to the outside world that Zimbabwe was 'Open For Business'. Featured prominently on all the designs was one of the candidates for the presidential election- The Crocodile himself, Mr Mnangagwa.
The designs feature Mnangagwa in various situations which place him in a favourable statesman-like light including shaking hands with the leaders of China, South Africa and International Monetary Fund. No other candidate in the Presidential election is featured on any of the stamps.
This set was released about 2 weeks prior to the election and the issuing of it at such a crucial time is very questionable given that only one candidate is featured. Was this a government trick to promote Mnangagwa to the Zimbabwean voting public by the means of making the postal service issue stamps which favour his cause?
In previous blogs I have mentioned that the tyrannous Mugabe never did appear on a Zimbabwean postage stamp. Mnangagwa on the other hand has got off to a roaring philatelic start. Interesting isn't it? This set underlines that the postage stamp can still be used to send an important message to a large proportion of a country's population. Highly collectable, Rating:- *****. 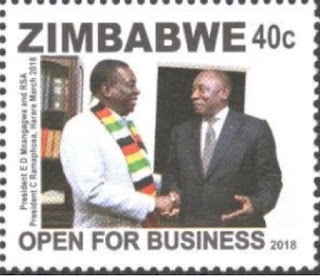 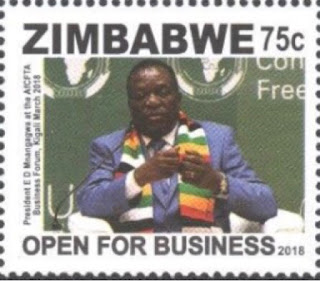 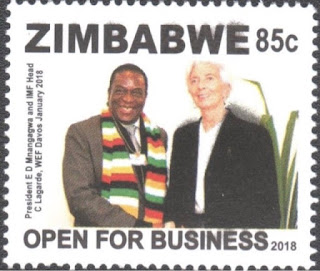 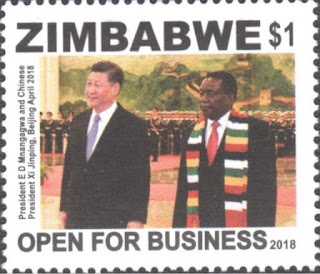 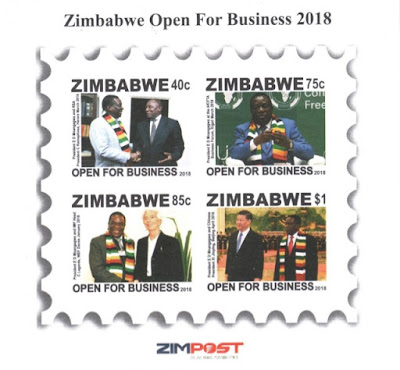 🇻🇬 The postal service of the British Virgin Islands will commemorate the Wedding of The Duke and Duchess Of Sussex with a set of 4 stamps and 1 miniature sheet to be released on 13 September 2018. The attractive issue was designed by Bee Design and lithographed by Cartor and perforated 13.5. Rating:- *****.
Thanks to Juliet Warner of Pobjoy stamps for information about this issue. 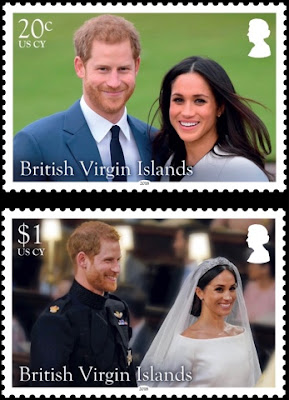 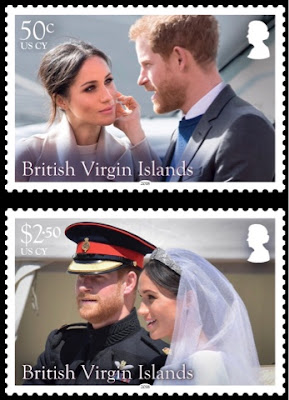 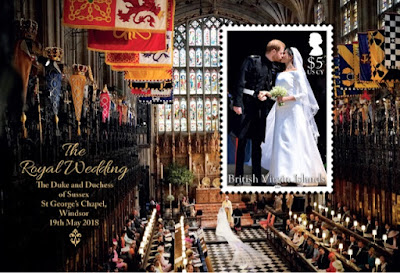 🇲🇾 In Blog 1272 I mentioned the set of 3 stamps and 1 miniature sheet issued by Pos Malaysia on 14 July 2018 on the subject of Blowpipes and now include better illustrations below than were included in Blog 1272:- 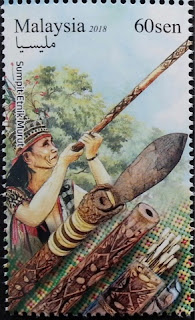 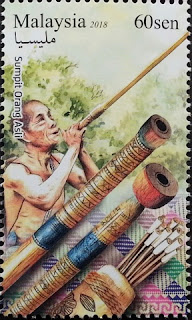 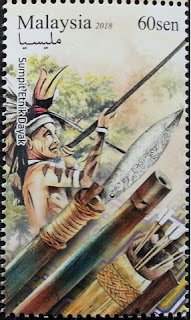 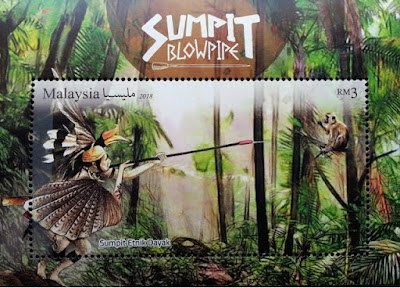