🇸🇬 Singapore Post issued a set of 6 stamps and 1 miniature sheet on 3 August 2018 on the subject of 'Evening in Singapore'. This colourful and excellent ser was designed by DNA Life Pte Ltd and lithographed by Secura and perforated 13. Rating:- *****. 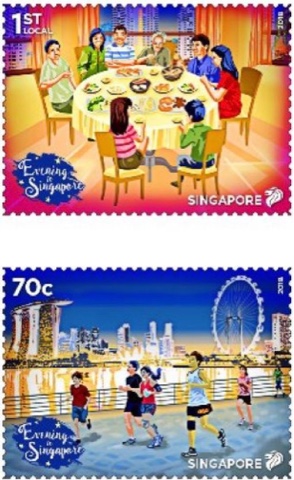 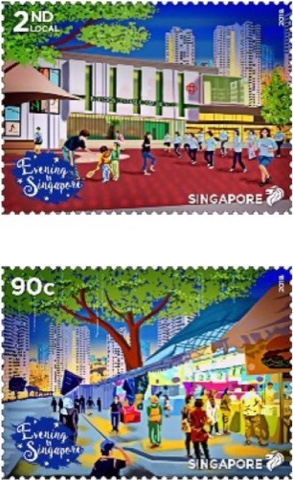 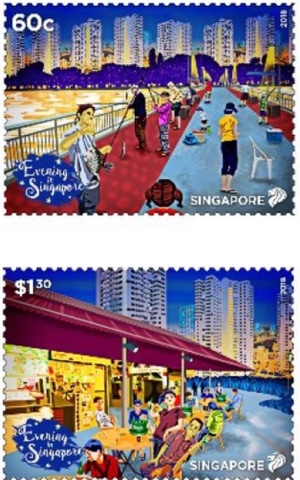 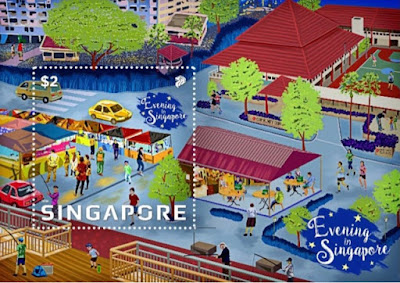 🇮🇲 Upcoming issues from Isle Of Man Stamps and Coins include an issue to be released on 12 September 2018 which features lighthouses to commemorate the Bicentenary of the Point of Ayre and Calf of Man lighthouses (no other details yet).
Then a set of 6 stamps will be issued on 26 September 2018 in partnership with the Royal Society of Portrait Painters to commemorate the 70th Birthday of The Prince Of Wales. The issue will depict portraits of the Prince produced through the course of his life. It's an attractive and interesting issue and may be considered to be one of those issues which are forerunners of the stamps which will be issued during his reign, which is bound to be considerably shorter than that of the present monarch (and therefore far fewer stamps will be issued during it) and will be part of a mini-omnibus issue to appear from various British Overseas Territories and other Commonwealth countries during the course of the coming autumn. Rating:- *****.

🇬🇬 Guernsey Post will dispense its Guernsey Flag Post and Go stamps from kiosk GG01 situated at the Autumn Stampex 2018 philatelic exhibition in London from 12 to 15 September 2018 with an additional inscription which reads, '100 Years/Royal Air Force'. The Guernsey Flowers strip of 6 different stamps will also be dispensed there but without any additional inscription. The RAF strips will then be sold by the Guernsey Philatelic Bureau with the new code GG04. Rating:- 0.
Posted by White Knight at 02:22