🇸🇭 The postal service of Tristan Da Cunha will issue a set of 4 stamps on 3 September 2018 on the subject of the wreck of the Mabel Clark in 1878. The ship was an American sail-rigged ship which had been built in Maine and was sailing from Liverpool to Hong Kong when it ran into a rock off Tristan in hazy weather and began to break up. As a storm raged the islanders attempted to rescue the crew and were successful in saving the lives of 18 out of a total of 24 crew members. Eventually the survivors were evacuated from Tristan by the Cambrian Monarch and taken to Singapore. Two crew members remained on Tristan, one of whom was Marcus Johnson who married Peter Green's granddaughter, Mary Anne Green. The US authorities decided to reward the Tristan islanders for their efforts to save the crew and Peter Green received a gold chronometer and chain and a binocular glass and £40 in gold was awarded to be made at the discretion of the next British ship captain which was to visit the island.

This excellent and interesting issue was designed by Andrew Robinson and lithographed by Cartor and perforated 13.5. Another marvellous issue from the Creative Direction stables. Rating:- *****.

Many thanks to Juliet Warner of Pobjoy Stamps for information about this issue. 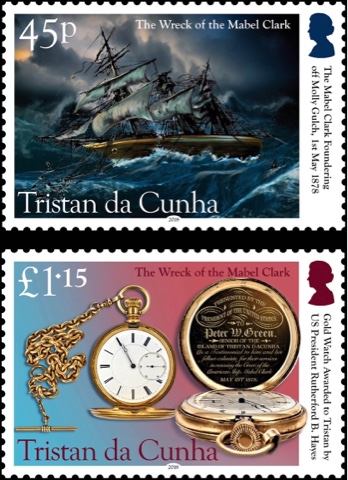 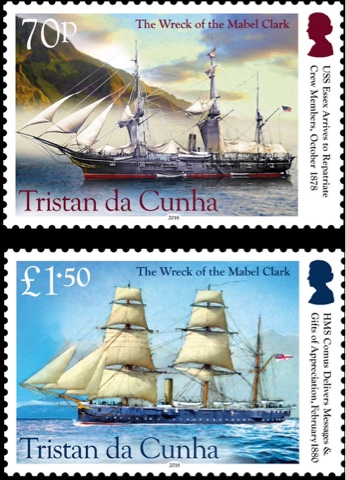 🇬🇬 Guernsey Post will issue a set of 6 stamps on 8 November 2018 to commemorate the 70th Birthday of The Prince Of Wales. The designs use pleasing intimate photographs of the prince at various stages of his life. Rating:- ****.

🇲🇹 MaltaPost issued a sheetlet of 10 different stamps on 14 August 2018 as the second part of its ongoing Festa series. The colourful issue was designed by Mark Micallef Perconte and lithographed by Printex and perforated 14. Rating:- ****. 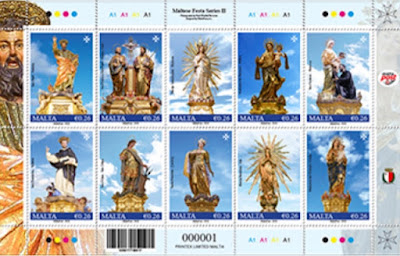 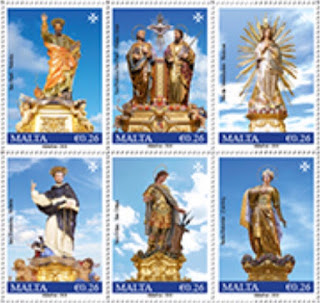 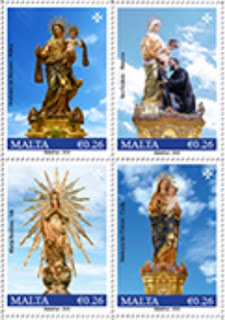