🇲🇺 Mauritius Post issued 2 stamps on 18 August 2018 to commemorate the country's diplomatic relationship with India and the 11th World Hindi Conference. The two designs are excruciatingly unimaginative featuring, as they do, nothing more than a pair of crossed flags on the Rs8 value and the Conference emblem on the Rs20 value. Given the strong cultural links between the people of Mauritius and the people of India much more interesting designs could have been produced. Rating:- **. 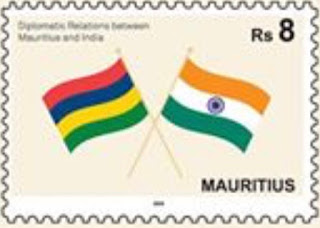 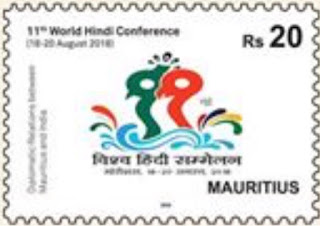 🇲🇼 Recently on sale on an internet auction site have been 6 miniature sheets issued during 2018 by Malawi Post on the subject of Malawi Mushrooms. These single-stamp sheets are similar to the recently issued items featuring Indigenous Birds (see Blog 1242) as well as similar issues released during 2016 and I presume there is also an additional miniature sheet containing several different stamps released with this issue. Rating:- ***. 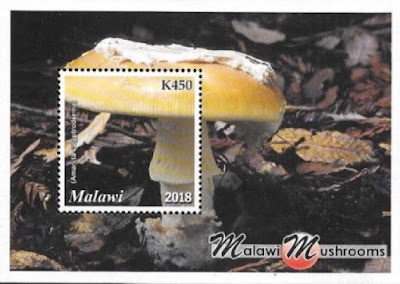 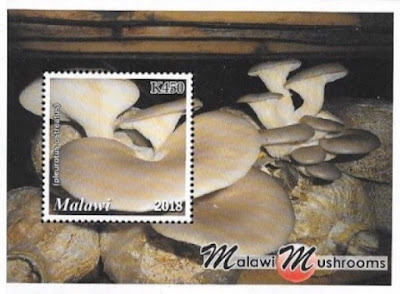 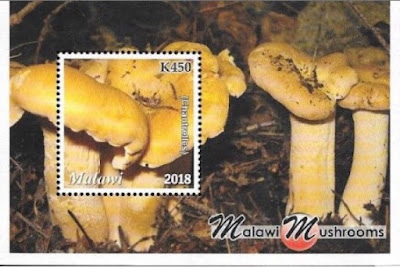 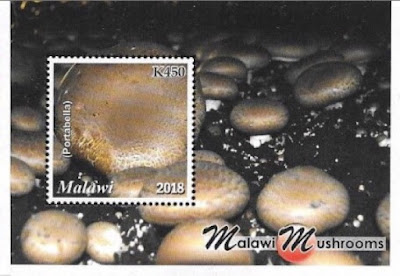 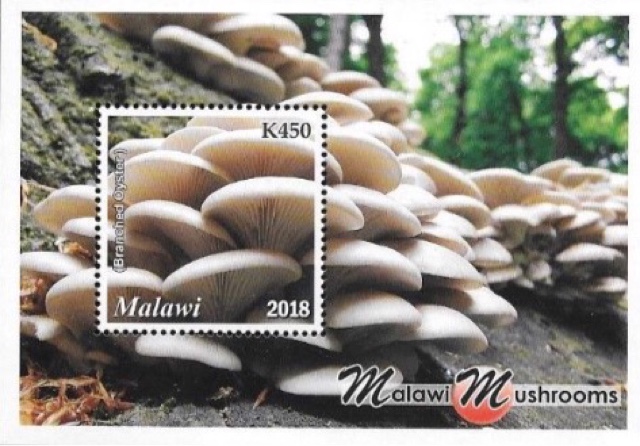 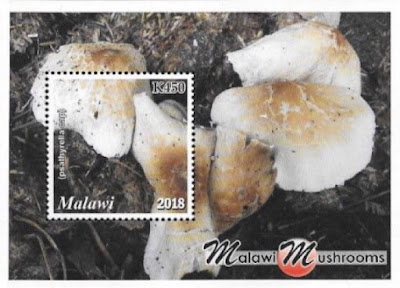 🇲🇾 Pos Malaysia will issue a pair of stamps and 1 miniature sheet on 31 August 2018 to commemorate the country's National Day. The designs are fairly uninteresting. Rating:- **. 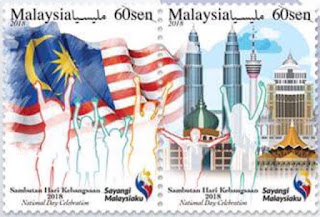 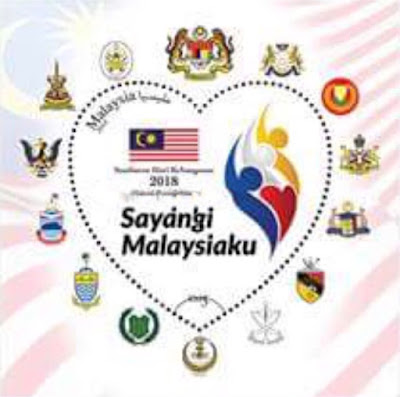 🇸🇿 Swaziland was granted independence from The United Kingdom on 6 September 1968 which means that we are very close to the country's 50th anniversary of Independence. I have not yet seen any stamps mentioned anywhere which will celebrate the anniversary. Of particular interest will be the inscription on the issue with the country's name on it. As we know, earlier this year the King of Swaziland, Mswati III, changed the country's name to The Kingdom Of e Swatini but I am not aware of any stamps (definitives or commemoratives) which have been issued so far with the new name of the country inscribed on them. The United Nations now includes the country in its list of member states as Eswatini (the Kingdom of) which I suspect will not be the way that the country's name is presented on its postage stamps. For now, unless its postage stamps suggest it is hopelessly wrong, the country will be referred to in this Blog as Eswatini. My extreme nerdiness makes this an extremely interesting subject to me for the present!
Presumably we may soon look forward to a set of stamps commemorating the Independence anniversary and possibly another marking the 50th anniversary of Eswatini's admission to The United Nations (24 September), a definitive series with the new name inscribed on it and we will discover what the stamps reported to have been presented to King Mswati by the government of Taiwan when he was on a state visit there actually look like (see Blog 1241).
🇬🇬 Guernsey Stamps 'tweeted' on 18 August 2018 that its Post and Go kiosk, GG03, was dispensing for that day only its Flowers stamps with an additional inscription to commemorate the return of the cruise ship Royal Princess. Whether or not the inscription applied is the same on this latest visit as for previous visits of this ship remains to be seen.