🇲🇺 Mauritius Post issued 2 interesting stamps on 23 July 2018 to commemorate 2 anniversaries of local interest. Under the subject of 'Art and Science', one of the stamps commemorates the Centenary of the death of Nicolas Pike who was one-time US Consul in Mauritius and made numerous paintings and drawings of Mauritian natural history and wrote the book, Sub Tropical Rambles in the Land of the Aphanapteryx (the red rail) while the second stamp commemorates Joseph Nicéphore Niepcé who is generally acknowledged as the inventor of photography. The design of the Rs2 value depicts the oldest surviving camera photograph, View from the Window at Le Gras, created by Niepcé in 1826 or 1827 at Saint-Loup-de-Varennes in France. I have not worked out the link between Niepcé and Mauritius other than the fact that tourists in Mauritius like to take photographs of the island but with a face value of just Rs2 who can complain?

The stamps were designed by Mauritius Post Ltd and lithographed by Southern Colour Print and perforated 14. The designs are simple but neat and I like them. Rating:- *****. 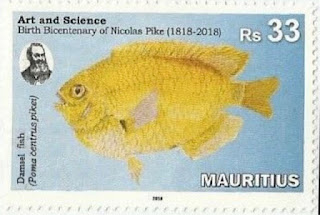 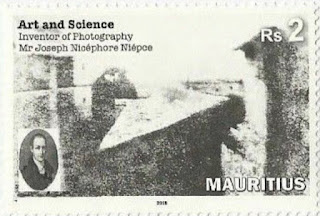 🇹🇰 The postal service of Tokelau will issue a set of 4 stamps and 1 miniature sheet on 5 September 2018 on the subject of 'Tokelau from the sky'. The issue was designed by Saint Andrew Matautia and lithographed by Southern Colour Print and perforated 13.5. Rating:- ***. 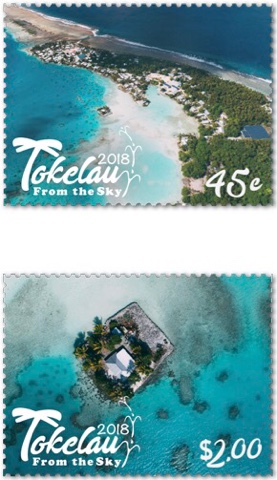 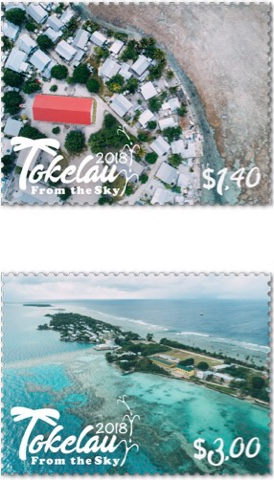 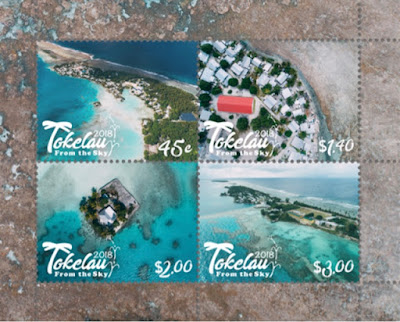 🇳🇺 The postal service of Niue will issue a set of 4 stamps in a se-tenant block and a miniature sheet on 5 September 2008 on the subject of 'The Island of Niue' which depict nothing more than a rather simplistic map of the island. The issue was designed by Hannah Fortune and lithographed by Collectables and Solutions Centre in Whanganui and perforated 13.5. Rating:- **. 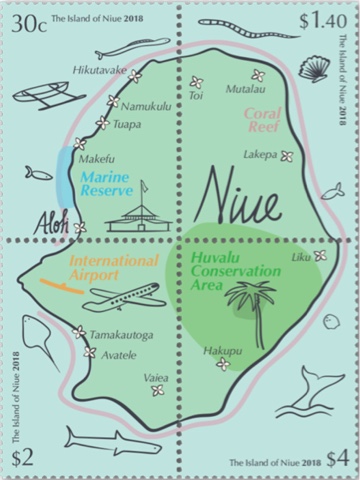 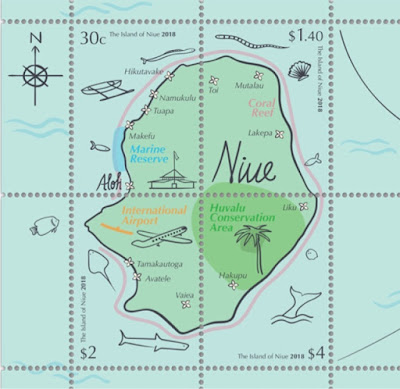 The first issue commemorates the 125th anniversary of female suffrage in New Zealand and takes the form of a se-tenant pair and a miniature sheet containing the same two stamps. The issue was designed by Helcia Berryman of Grange Park Design of Pararaparaumu and lithographed by Southern Colour Print and perforated 15. Rating:- ***. 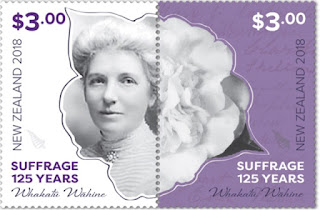 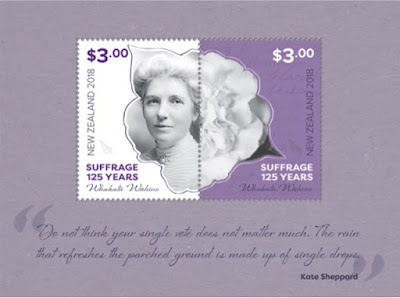 A sheetlet of 12 different stamps celebrates 'Kiwi innovation and ingenuity' and is titled 'Thinking outside the square'. This cartoon-style issue is pleasant enough but it's quite difficult to know just what precisely is the featured invention or innovation. The issue was designed by EightyOne of Wellington and lithographed by Southern Colour Print and perforated 14.5. Rating:- **. 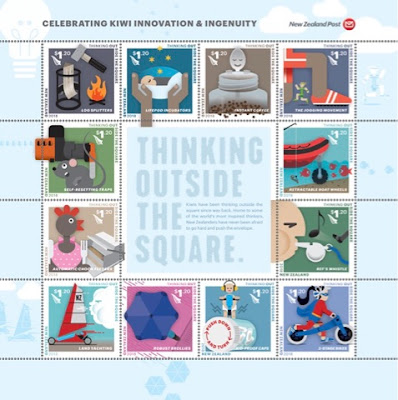 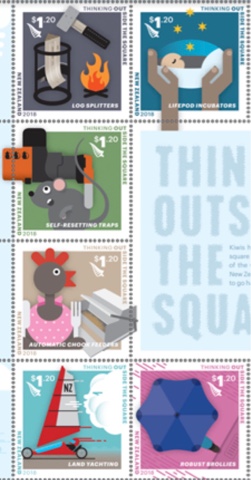 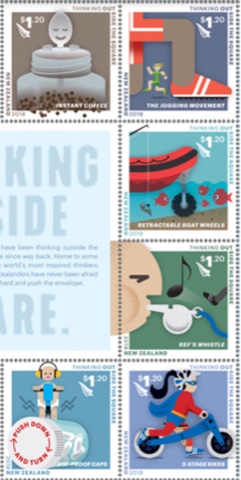 🇬🇧 It'a great relief that Royal Mail has cut back enormously on the number of Post and Go issues it intends to release during 2018 when compared with previous years. The designs of the next set of six can now be seen on the internet on covers being produced by Buckingham Covers. The designs, titled 'Mail by Bike', are delightful, recalling as they do, less hectic days when postmen travelled around the country on their bicycles calmly delivering the mail. A fine set. Rating:- *****. 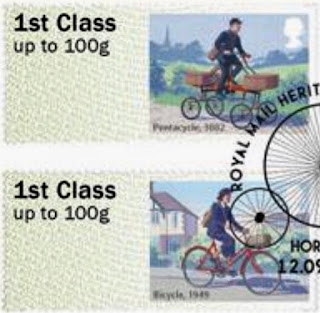 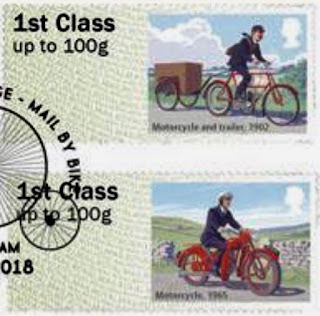 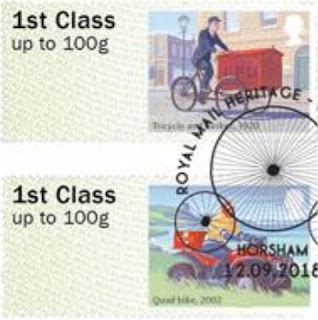 🇬🇬 Guernsey Stamps tweeted on 6 August 2018 that on that day it had released from Post and Go kiosk GG03 situated in the Guernsey Information Centre in St Peter Port a strip of its 6 Flowers stamps with an additional inscription applied which welcomed passengers into port who were on board the cruise ships Royal Princess and Brilliance of the Seas.

🇯🇪 Jersey Post will burden collectors with more Post and Go stamps soon. Kiosk JE01 will dispense the new 'Nautical Knots' stamps at Autumn Stampex 2018 from 12 to 15 September 2018 along with the 6 Jersey Flags stamps with an additional inscription - '100 Years Royal Air Force'. The Nautical Knots stamps will also be sold from Kiosk JE02 in Broad Street post office in St Helier and the Flags stamps will be sold from the Philatelic Bureau having been produced by kiosk BB02.
Kiosk JE02 will dispense from 12 September to 10 October 2018 the 6 Jersey Arms labels with the additional inscription 'Super League Triathlon 2018' to commemorate the holding of the event in the island.
Posted by White Knight at 01:58