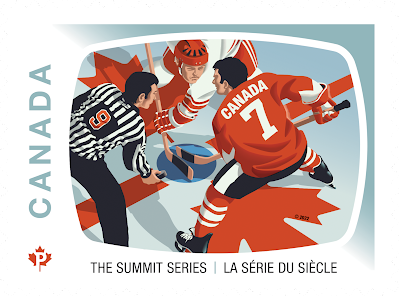 ‘The Summit Series’, 50th anniversary of the Canada Ice Hockey team’s defeat of the Soviet Union’s team  - 1 self-adhesive stamp issued in booklets of 10. Designed by Jim Ryce from an illustration by Gary Alphonso and lithographed by Lowe Martin. Rating:- *****.

Something else to make Putin fume! 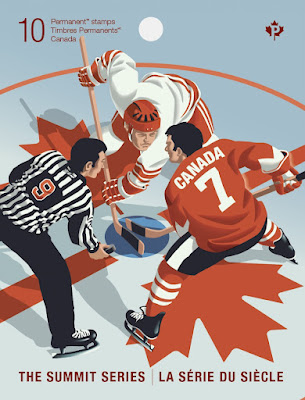 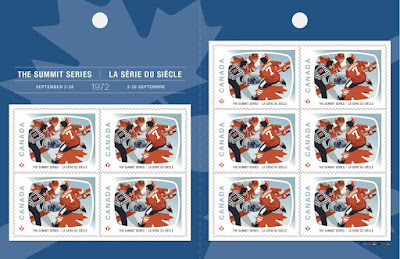 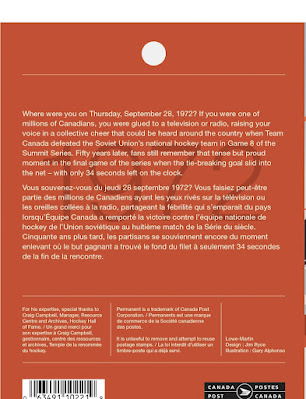 29 September 2022 - The Royal Marines. See Blog 2158. I mention this issue again merely to point out that, as far as I can see, it is the first stamp issue since 1840 ever to be released by ‘Great Britain’ which does not have some form of the reigning monarch’s portrait included in the designs. True, stamps with the previous monarch’s portrait on them have been sold across the counter for some months after the succession of a new monarch but never has a new stamp issue been released without the portrait of the reigning monarch on the new stamps.

Thus a precedent is set. It is pleasing however that the vile Transformers stamps will not be the very last stamps to include a portrait of Queen Elizabeth II, a great monarch whose final stamp issue should have some dignity about it. 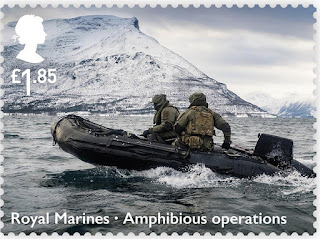