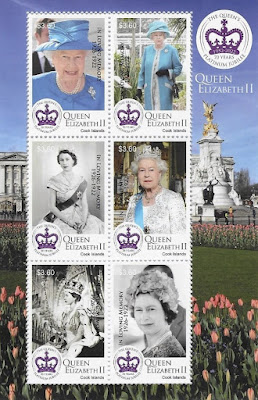 The United States-based ‘boutique philatelic agency’ (as it likes to call itself) has announced that it will release products to commemorate the late Queen Elizabeth II. The ‘boutique agency’ has a contract with the postal services of Tonga and Cook Islands to release philatelic products  on their behalf,

All of the products are recently issued items - sheetlets, each containing 6 stamps, which commemorate the Platinum Jubilee of the late Queen - with the overprint in black on each stamp, the inscription being, “IN LOVING MEMORY/1926 - 1922” (sic). Elizabeth II was Queen of Cook Islands and had a link with Tonga as Head of The Commonwealth and issues in memory of Her Late Majesty are therefore to be expected.

Of course there are not just issues with the country name inscriptions on them but also additional products with the names of islands which are integral parts of the two territories; there are therefore five sheetlets in all, inscribed Cook Islands, Aitutaki Cook Islands, Penrhyn Cook Islands, Kingdom of Tonga and Niuafo’ou.

Illustrations of all the products show them with the ‘wrong year of death’ overprint - hopefully these illustrations show mock-ups rather than the real overprinted stamps or else one can see a second release of another five miniature sheets with the corrected inscription being on the cards.

No specific date of issue has been stated for these products. 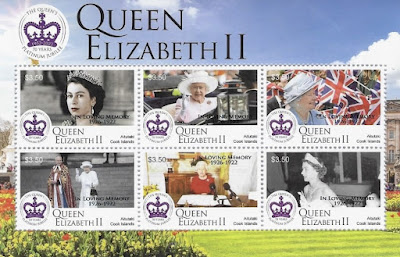 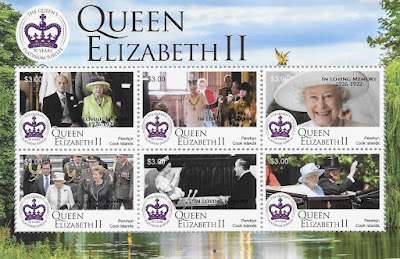 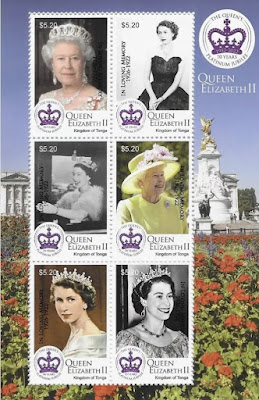 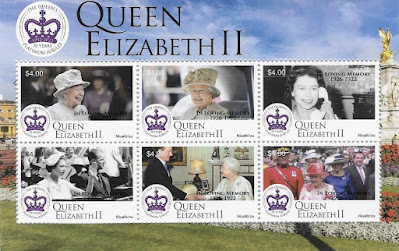