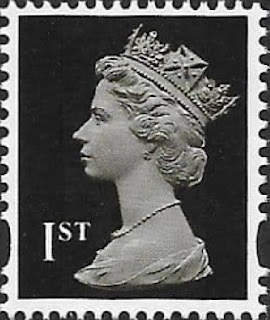 The news has been released that HM Queen Elizabeth II, monarch of the United Kingdom, Canada, Australia, New Zealand, Jamaica, Papua New Guinea, Bahamas, Saint Lucia, St Vincent And The Grenadines, St Kitts Nevis, Grenada, Antigua And Barbuda, Belize, Solomon Islands and Tuvalu, has died at the age of 96 having been Queen of the first four mentioned countries for over 70 years and having recently celebrated her Platinum Jubilee. Among her other titles were Head of The Commonwealth and Defender of the Faith. She is succeeded by her eldest son, Charles Prince of Wales who becomes King Charles III.

Elizabeth II ascended to the throne on 6 February 1952 following the death of her father, King George VI. When the King’s death was announced she was on a visit to Kenya with her late husband The Duke of Edinburgh. The Queen’s coronation took place on 2 June 1953. During her reign she has had fifteen prime ministers in the United Kingdom; she appointed the newest, Liz Truss, only two days ago when the new prime minister flew to Scotland to see The Queen. The Queen’s first prime minister was Sir Winston Churchill; The Queen’s reign has been so long that Churchill was born 101 years before Truss was born. The Queen’s was the world’s second longest confirmed reign of a sovereign state in history, Louis XIV of France being the only monarch to have reigned longer. 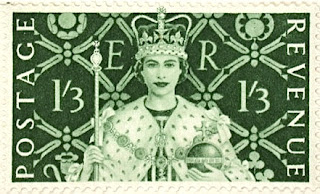 Stamps depicting the late Queen were released throughout her reign and the British definitive series depicting Arnold Machin’s sculpture of the Queen’s head was first introduced in 1967 and has continued  in use right up until today (with variations) making it the stamp design with the longest continuous usage in the world.

Queen Elizabeth has always been much loved and her death, though at an advanced age, is a great shock and cause of sorrow. 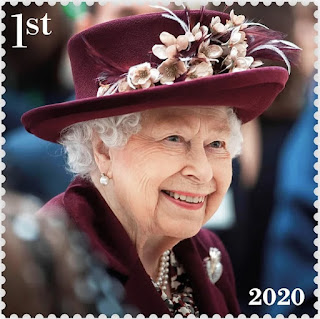 And so we come to the end of the second great Elizabethan age. The world will sorely miss Her Majesty.