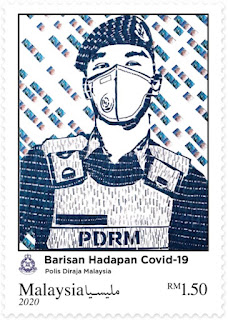 🇲🇾 Pos Malaysia issued a set of 4 stamps on 9 September 2021 to commemorate the heroes of the fight against the COVID-19 pandemic. The designs by the young female artist Red Hong Yi are pictures in the form of miniature mosaics made from Malaysian stamps. These are very successful and original designs. An excellent and worthy issue. Rating:-*****. 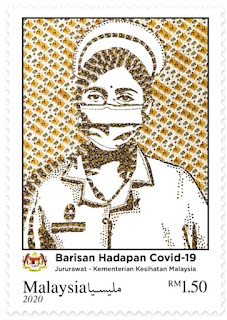 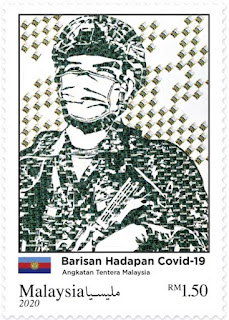 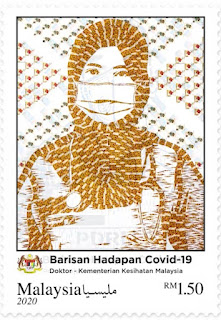 🇧🇩 There have been a number of new single stamp issues released by the postal service of Bangladesh recent:- 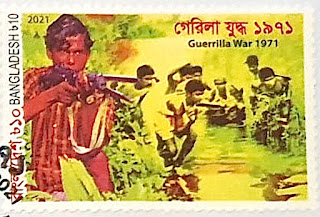 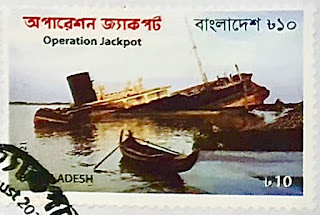 5 September 2021 - 48th anniversary of the admission of Bangladesh to membership of the International Telecommunications Union - 1 stamp. Rating:- ****. 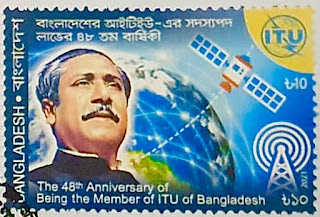 🇲🇺  Mauritius Post will release its first issue of 2021 - a single stamp - on 10 September 2021to commemorate the 50th anniversary of the Ferney Hydroelectric Plant. A colourful stamp. Rating:- ****. 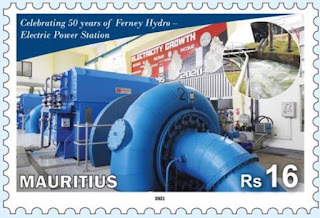 🇯🇪 Jersey Post is planning to release two new Post And Go issues. The first, to be dispensed from 9 to 13 September only (just 5 days) from kiosk JE02 post office in Broad Street, commemorates the 20th visit to Jersey of SV Tenacious and takes the form of the strip of the 6 Nautical knot stamps with the added inscription ‘SV Tenacious/Jersey 2021’.
The second stamp issue takes the form of the 6 Lighthouses Post and Go stamps with the added inscription ‘Jersey Corn Riots/250th anniversary’ which was an historical event of local significance but deemed only worthy to be commemorated on some Post and Go stamps. These items will also be dispensed from kiosk JE02 in Broad Street and for the very short time period of 28 September to 2 October. Mock-ups of two of the stamps are depicted below:-