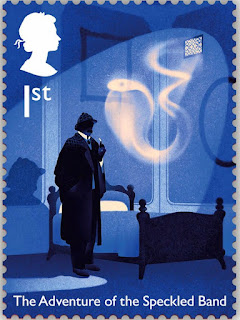 🇬🇧 Royal Mail has revealed the designs of its set of 6 stamps and other items due for release on 18 August 2020 to commemorate the what I would have thought was the wholly insignificant 10th anniversary of the BBC television series Sherlock which is a modern reworking of Arthur Conan Doyle’s stories about the fictional Victorian era detective, Sherlock Holmes.
The issue is made up of 6 stamps (total face value £7.72p) issued in se-tenant pairs which have secret inscriptions on them when the stamps are viewed under ultraviolet light and which feature scenes and characters from the programme, a miniature sheet containing 4 different stamps (total face value £4.88p) depicting scenes from the original novels, a retail booklet (cost £4.56) containing self-adhesive versions of 4 x 1st Machin Head stamps and 2 of the stamps from the miniature sheet and a Collectors sheet containing 10 stamps plus 10 attached labels costing £11.95p.
This is a well-designed set by So Design Consultants and NB Studio (miniature sheet) and was lithographed by International Security Printers and is perforated 14.5. This is just another money spinning issue commemorating no particular event or anniversary of significance released against a background of excessive issuing by Royal Mail and so, even though I like the stamps, rating is *.
By the way it seems a shame that Mrs Hudson, played by the fabulous Una Stubbs, and Inpector Lestrade, played by Rupert Graves, are not featured in the set. 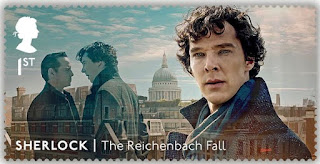 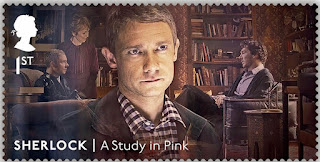 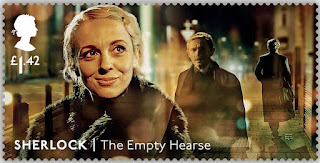 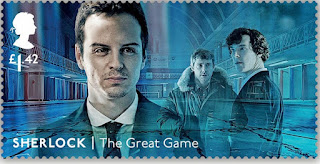 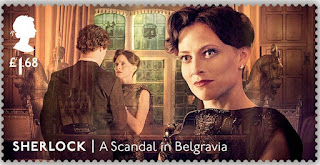 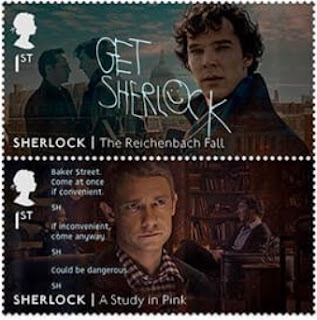 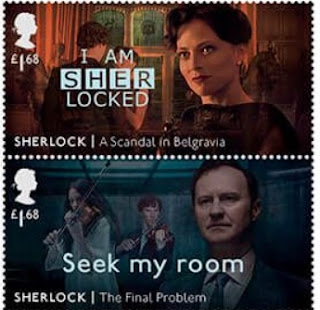 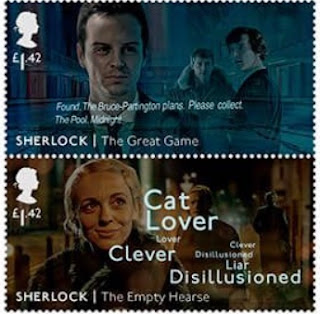 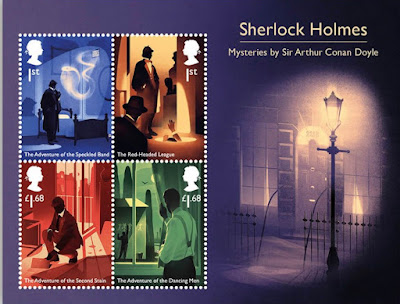 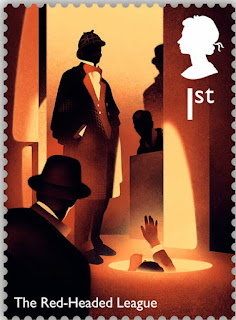 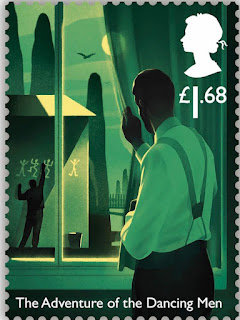 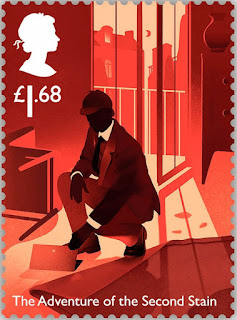 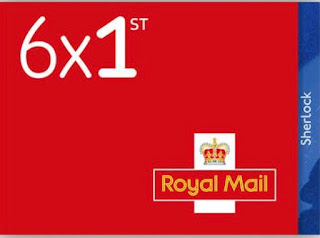 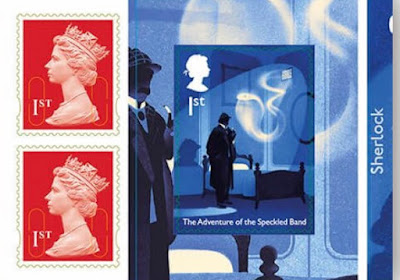 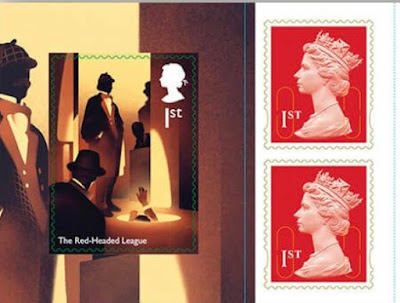 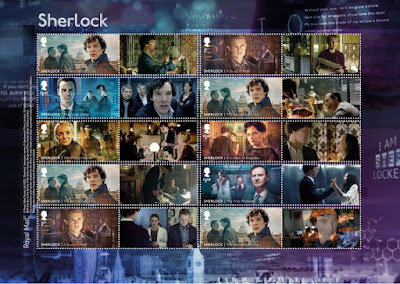 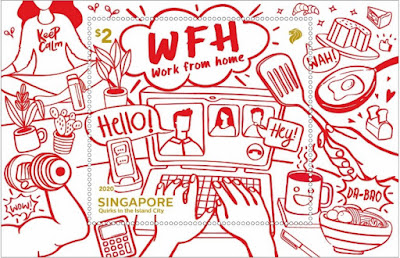 🇸🇬 Sing Post, the postal service of Singapore, will issue a set of 5 stamps and 1 miniature sheet on 7 August 2020 on the subject of ‘Quirks in the island state’. The issue commemorates Singapore’s 55th anniversary of independence and is centred on what is seen to be uniquely Singaporean traits such as the use of the phrase “Kopi-o-kosong” when ordering coffee and what is viewed as Singapore's national pastime - queueing. Also featured is another modern-day obsession - the need to photograph oneself which in Singapore is called the ‘wefie’. The issue also reflects the way Singaporeans have adapted their ways of life to deal with the present COVID-19 pandemic featuring social distancing and face mask-wearing. The miniature sheet features a visual summary of the present Singaporean lifestyle as it copes with the day-to-day COVID-19 situation.
This is a witty little issue which could be of immense interest to future social historians studying life in Singapore in the early 2020s. The issue was designed by Toby Tan Xun Pinch Design Pte Ltd and lithographed with gold hot stamping (miniature sheet) by Secura Singapore Pte Ltd and perforated 13. Rating:- ****. 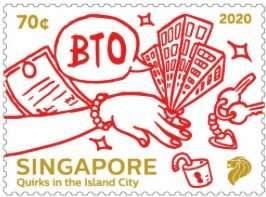 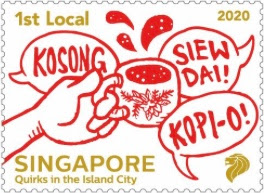 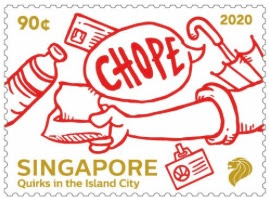 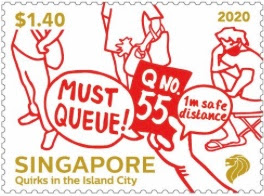 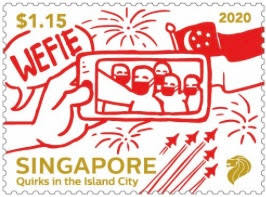