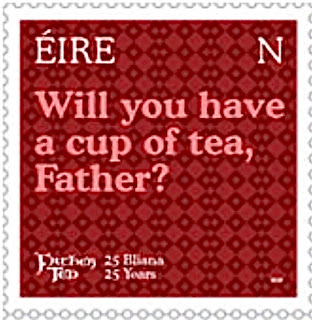 🇮🇪 An Post, the postal service of the Republic Of Ireland, issued a booklet containing 5 different stamps and 1 miniature sheet containing the 4 ‘N’ value stamps on 27 August 2020. The issue commemorates the 25th anniversary of the highly popular, well-loved and successful comedy television series, Father Ted, set on a lonely island off the Irish Coast where problematical Irish Catholic priests seem to end up. The issue, featuring memorable catchphrases of some of the most popular characters, was designed by Detail.
The series is very memorable and I think the stamp issue itself might also have been more fun if some of the hilariously surreal scenes from the series had been featured on the stamps together with the quotations rather than dull lettering alone. A missed opportunity. Rating:- **. 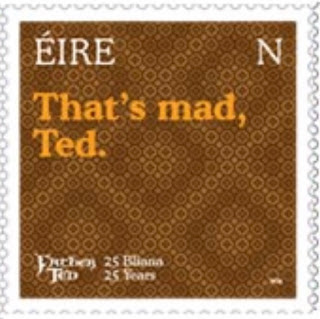 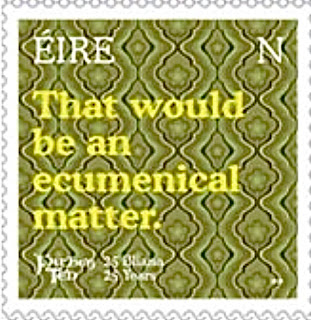 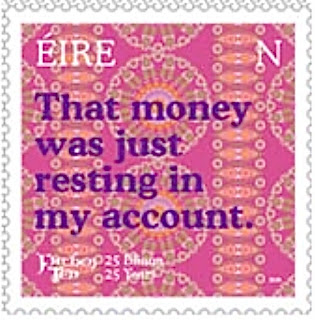 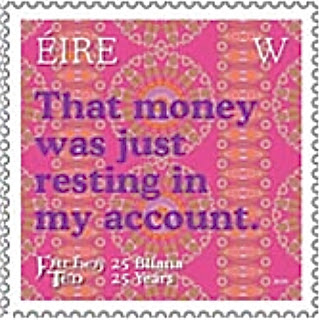 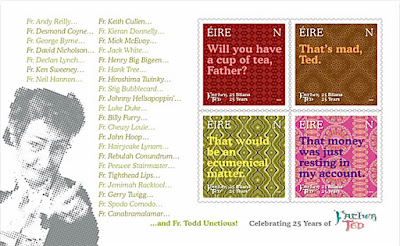 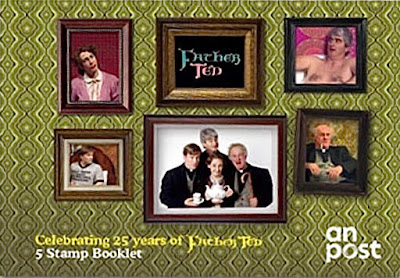 🇲🇲 The postal service of Myanmar will issue a single stamp as the third in its immensely pleasing ongoing Craftsman series on 28 August 2020 featuring, so it would appear, a bell- maker. The stamp was designed by Shwe Yoe Yar and Thiha Lwin and lithographed by the Security Printer Myanmar,and perforated 14. Rating:- *****. 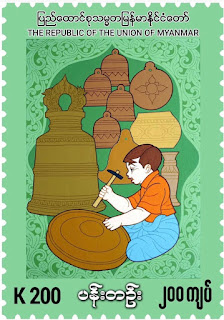 🇬🇮 The Royal Gibraltar Post Office will issue a set of 5 stamps and 1 miniature sheet containing 2 different stamps on 25 September 2020 on the subject of Owls of Gibraltar. Further details are awaited but one of the values in the set is £4 which seems rather excessive. There appears to be no particular reason as to why the Gibraltar postal service should issue such a set at this particular time given that its new issue programme is once more a very busy one. The artwork is lovely but this is an excessive issue. Rating:- **. Illustrations of the remaining designs will be added when available. 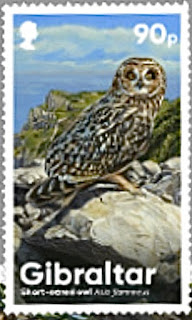 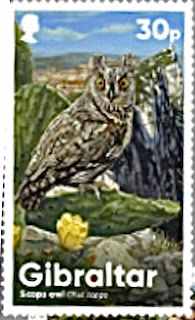 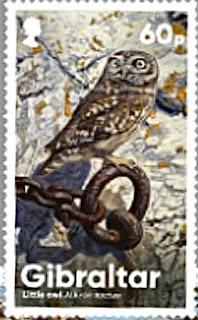 🇲🇸 IGPC has now revealed the design of the miniature sheet containing 3 different stamps on the subject of Orchids which it states that it released on 31 December 2019. The issue has the name of Montserrat printed on it. Rating:- 0. 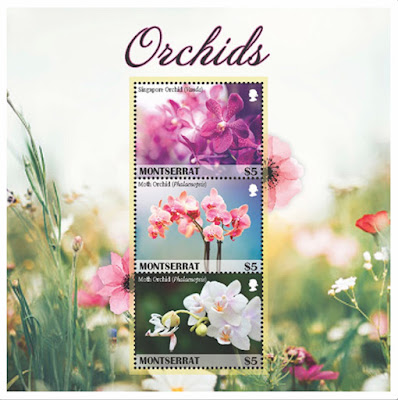