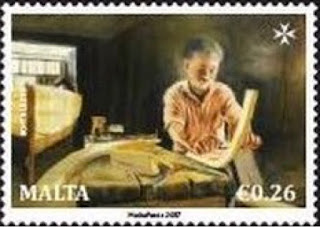 🇲🇹 MaltaPost issued a set of 4 stamps on 28 June 2017 on the subject of "Traditional Handicrafts". One of the stamps (59c) is MaltaPost's contribution to the 2017 SEPAC series. This interesting issue was designed by Tony Calleja from ordinal photography by Miranda Publishers and lithographed by Printex and perforated 14. Rating:- ****. 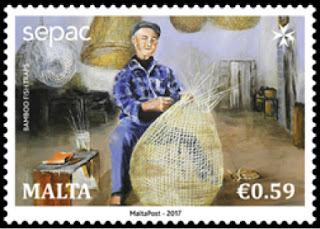 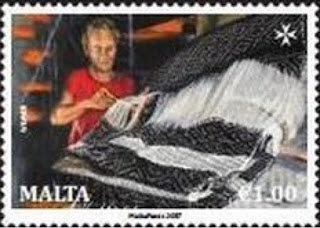 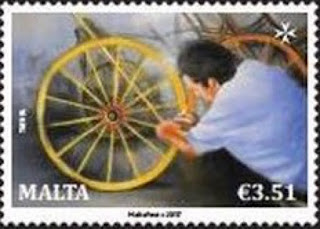 🇫🇯 News of another new issue from Fiji Post - a set of 4 stamps which were issued on 14 June 2017 to commemorate the Fiji Women's Expo. The stamps are interesting but entirely depict women doing things that are expected of women - handicrafts, basket making, floral displays, rug making - designs fixed in the middle of the 20th century not towards the end of the 2nd decade of the 21st century. Rating:- **. 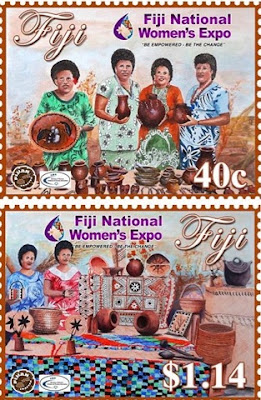 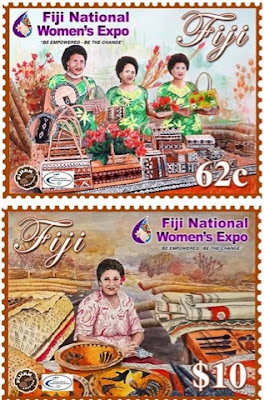 🇬🇬 A "tweet" from Guernsey Post Philatelic Bureau reports that on Friday 30 June 2017 the Post and Go kiosk GG01 situated in Smith Street post office was dispensing "Lighthouses" stamps with an added inscription which welcomed passengers from the cruise ship Oriana into port.

I find this list of suggestions to be extremely depressing - so many events and anniversaries which have been featured on Guernsey stamps before (some more than once), an incredible obsession with commemorating various somewhat insignificant Royal anniversaries (why commemorate the 7th Birthday of Prince George for instance?) What's so special about a 120th anniversary that it requires a stamp issue (I refer to the proposed Sinking of the SS Stella issue, an event which has been commemorated in the not too distant past)? What is the connection between Guernsey and the first manned lunar landing? Yet another Battle of Britain anniversary issue, really? What's the relevance of Concorde's first flight and Guernsey? I could go on.
I like the idea of the Cruise ships stamps as the issue would tie in with Guernsey Post's Post and Go Smith Street post office stamps which have additional inscriptions to welcome visitors from individual cruise ships. But most of the rest of the ideas are unoriginal, tiresome, exploitational and should be forgotten. If Guernsey Post can not find ideas for new original and interesting stamps to sell to collectors then it would be best to issue no stamps at all. Try harder.

🇮🇳 India Post issued a se-tenant pair of stamps on  28 June 2017 on the subject of Banaras Hindu University, the foundations of the main campus of which being laid in February 2016. Rating:- **. 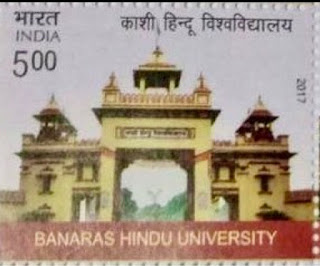 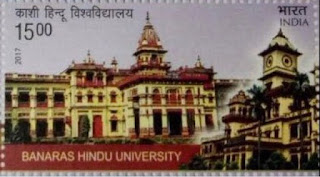 The following day, 29 June 2017, India Post issued a single stamp to commemorate the 150th anniversary of the birth of Shrimad Rajchandraji (1867-1901) who was a Jain poet, philosopher, scholar and reformer. Rating:- **. 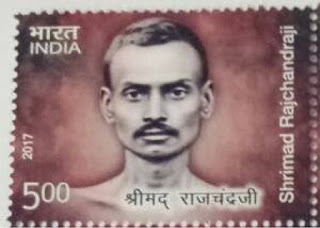