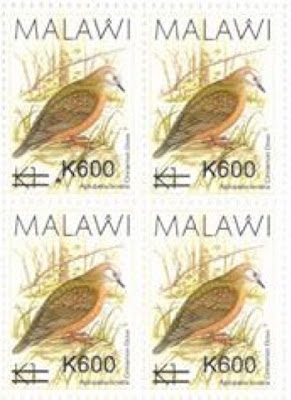 🇲🇼 In addition to the 3 new surcharges reported in Blog 1048 the Malawi Philatelic Bureau has revealed that there is a fourth surcharge now on sale - another 600K but this time on the K1 value of the 1988 Bird definitive series. The date of issue of all the stamps is said to have been 1 July 2017. Rating:- ****. 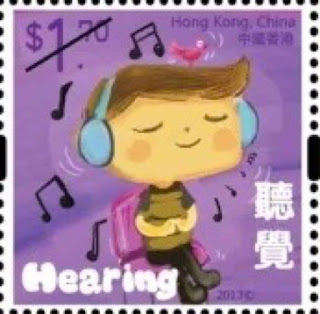 🇭🇰 Hong Kong Post issued a set of 5 stamps and 1 miniature sheet on 18 July 2017 on the subject of "Children - The Five Senses". The issue uses different printing effects "to depict the five senses ... This will not only give children a deeper understanding of the five senses but also enlighten curious young minds." I've seen better excuses for a stamp issue. The issue was designed by Peter Ng Seung-ho and lithographed by Cartor and perforated 14 with the miniature sheet being perforated 14.5 x 14. Additional printing techniques employed are:- $1.70c (thermography) and $5 ("heat inflating ink)". Rating:- **.
The stamps were also issued in sheetlets of 15 which contain 3 x 5 different stamps se-tenant (3 se-tenant sets). 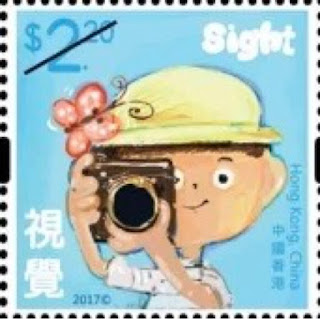 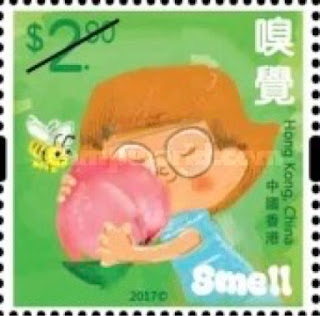 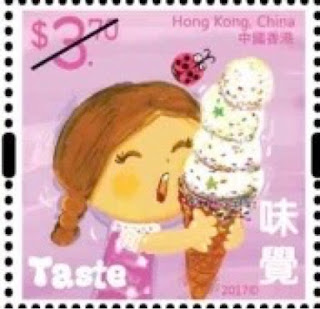 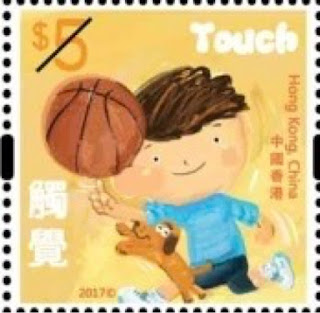 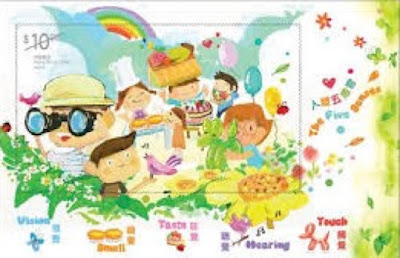 🇬🇧 Following on from the Nostalgic Children's Toys issue mentioned in Blog 1023 Royal Mail will then go on to release a set of 8 stamps on the subject of Nostalgic Children's Books - notably the long running series of Ladybird books. The issue, due to appear on 14 September 2017 to coincide with Autumn Stampex 2017, is centred on various book covers in the Ladybird series (an old trick of Royal Mail which over the years has depicted James Bond book covers, Harry Potter book covers, record album covers - interminably - and so on).
Doubtless Royal Mail has identified that only people "of a certain age" collect stamps now and that they are drawn to buy new issues which take them back to their childhood (those were simpler and happier times for many of them) and so featuring the toys they played with, the books they read and the now aged pop groups whose music they used to listen to (and might still do so) seems to be a guarantee of sales to those seeking to relive their younger years. My advice to Royal Mail is that there is such a thing as overkill and Royal Mail is pretty close to reaching it especially with the release of 2 such issues in a row.
Having said all that, there's no denying that the Ladybird books are well deserving subjects to feature on British stamps. The stamps feature different groups of "Ladybirds" - historical, fairy tales, occupations and wildlife among others. The books were illustrated with magnificent paintings of the subjects they featured and for each illustration there was a page of text. I still have a number of the Ladybooks I was given more than 50 years ago and still think them to be little gems. They were very important in forming my interests in history and wildlife and the same is true, I'm sure, for millions of other British people who grew up with the books. The internet and the likes of Google are invaluable of course but there's nothing like holding a beautifully crafted little book, full of wonderful illustrations, in your hand.
The key point about the excellence of the books is the wonderful illustrations contained in the books - one full page of picture to each page of text. Some of the art was magnificent and I fear the designer of the stamps has rather reduced the impact of the art used in the Ladybird books by squeezing 3 cover designs on to each stamp. I would have preferred to see a single cover per stamp and it would have been easier to appreciate just how excellent some of the Ladybird art really was.
Rating:- ***. 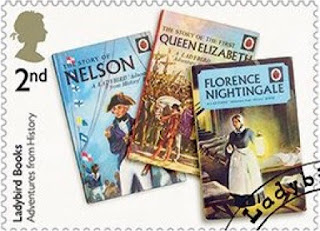 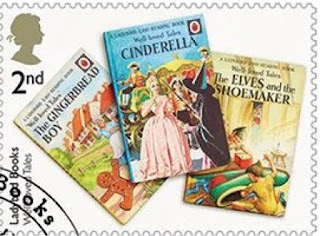 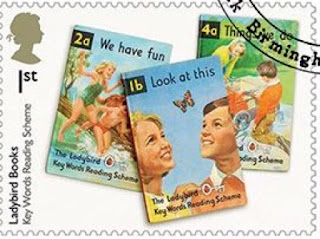 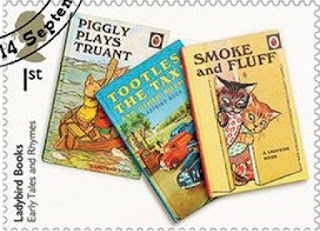 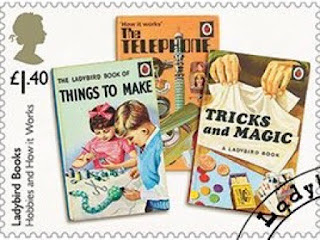 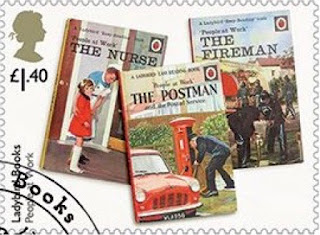 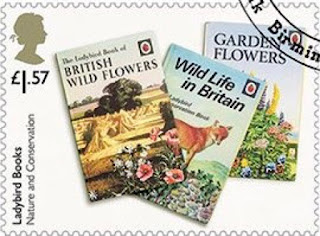 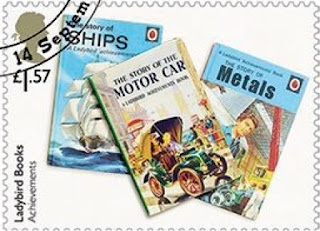 Royal Mail will release  6 new design Post and Go stamps on 13 September 2017 on the subject of "Mail By Air". The issue will coincide with Autumn Stampex and therefore be available in various formats - IAR from the Stampex kiosks and the Enquiry offices and NCR from ordinary post offices as well as with additional inscriptions from the Postal Museum. The issue will of course also be sold in packs of 6 x 1st Class values from the Philatelic Bureau.. The designs tell the history of British airmail services from their earliest days and illustrate just how attractive and collectible Post and Go issues can be when they have new designs printed on them. Rating:- ****.
One design, that featuring "International Airmail 1933", is one of those rare British stamps which depict a foreign country - in this case Egypt, showing as it does, a biplane flying over the Pyramids. 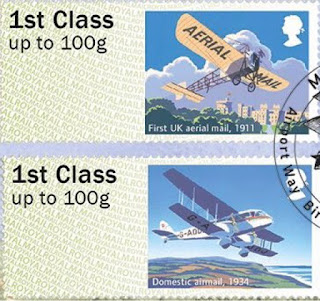 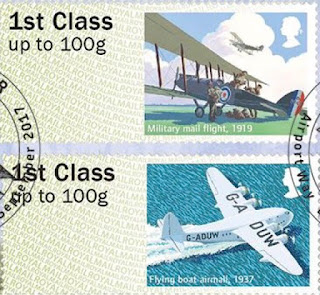 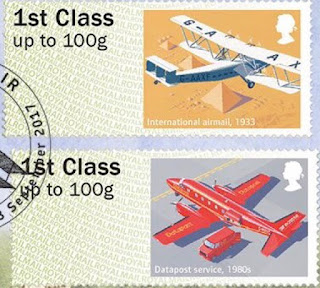 In Blog 1030 I detailed the numerous Post and Go stamps which were to be dispensed by kiosk A001 for the opening of The Postal Museum in London. The various types are now depicted below. The Postal Museum is selling a pack of the various Collectors strips for £55 and a first day cover of a single example of each type for £8. We may console ourselves I suppose that profits go to support the Museum and thus support our hobby. Rating:- ***.