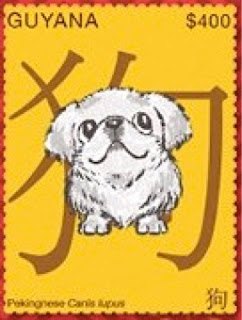 🇬🇾🇬🇩 The entity which once described itself, with not a hint of irony, as the "World's Most Respected Philatelic Agency" - and otherwise known as IGPC - has sent out information about upcoming philatelic products it intends to unleash on an unsuspecting world.
First of all we have items related to the Chinese New Year. Not the Year of The Rooster which we are now about five months into, but the next part of the cycle - the Year of the Dog which runs from 16 February 2018 to 4 February 2019. The British Post Office used to have a slogan, "Post early for Christmas" so I'm guessing that IGPC has rejigged that to "Post early for Chinese New Year".
Of course most of these issues are aimed at the philatelic market in China with new issue buying falling off so much in the countries of the West but issuing stamps for a festival which is 6 or 7 months in the future is either just plain daft or perhaps desperate to garner revenue in the face of a failing new issue market. I suspect the latter. I am very suspicious that new issue sales are generally now very poor and the only chance to stay afloat and perhaps to make good profits is to keep pouring out stuff for the Chinese market while collectors there are still prepared to spend their money on such products.
For most countries whose names appear on these products there is little or no relevance of the subjects which are depicted on them. Unless perhaps there are wild National Chinese New Year celebrations in Guyana or Petite Martinique. I suspect not.
The designs are painful to look at - twee cartoon dogs or a rather monstrous depiction of what looks like a zombie giant panda on the Carriacou and Petite Martinique item. No doubt the citizens of Guyana and Grenada Grenadines will be proud to stick this sort of stuff on to their mail and promote their country's image to the outside world with them. 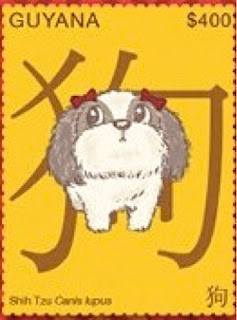 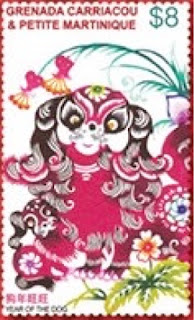 🇦🇬🇬🇭🇬🇩🇬🇾 Another great idea to be promoted by IGPC is an upcoming series of National Geograhic photographs on stamps under the umbrella title "Animals Of The World" in which countries which have very interesting wildlife of their own issue stamps which depict animals from other countries or even other continents. Thus the South American republic of Guyana features a giraffe on one of its stamps and the hot sunny Caribbean island of Antigua And Barbuda has a Snowy owl from the icy Arctic depicted on one of its stamps. Oh, and of course there's the ubiquitous Giant Panda which turns up on a stamp from whereelse but Ghana. Daft or desperate? - you decide. 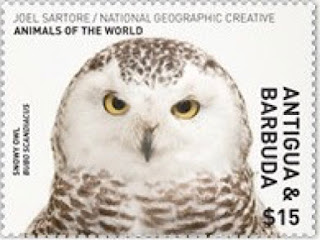 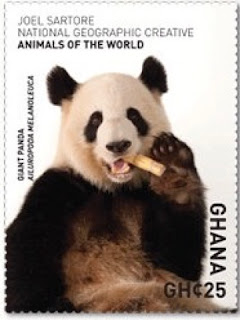 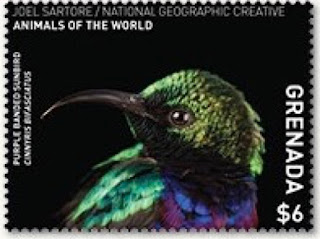 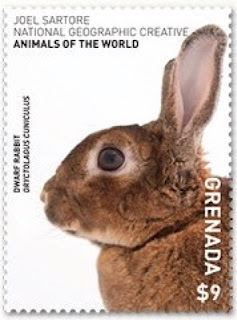 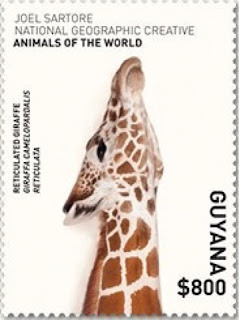