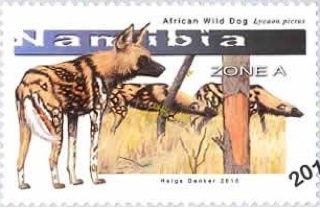 Nampost, the postal service of Namibia, issued a set of 3 stamps on 30 September 2016 on the subject of Large canines of Namibia. The excellent set, designed by Helge Denker, depicts the African wild dog, the Spotted hyena and the Brown hyena. Rating:- *****. 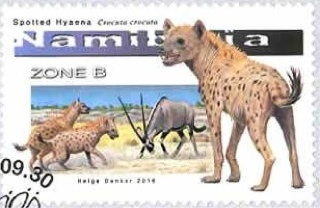 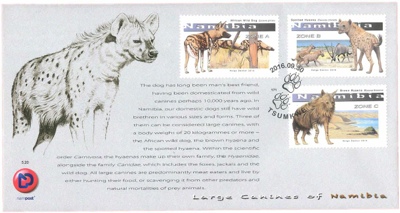 Singapore Post issued a miniature sheet containing 3 different stamps on 10 August 2016 to  commemorate the Thailand 2016 International Philatelic Exhibition which was held from 10 to 15 August. Rating:- ****. 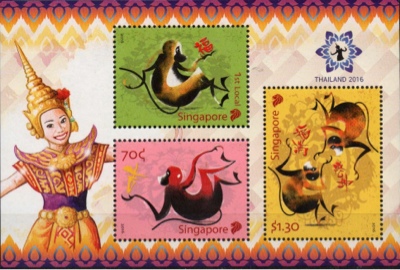 India Post issued a miniature sheet containing 2 different stamps on 2 Octber 2016 on the subject of Swachh Bharat which is the national Clean India campaign. 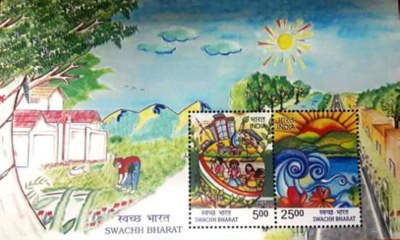 Pakistan Post issued 2 stamps on 27 September 2016 on the subject of national parks as part of a joint issue with Belpost, the postal service of Belarus. A national park in each country is depicted on one or the other stamp. The stamps were designed by Yelena Medved and Adil Salahuddin and lithographed by Pakistan Security Printing in Karachi. Rating:- ***. 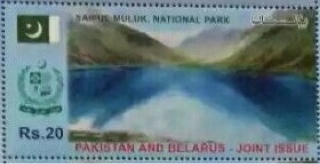 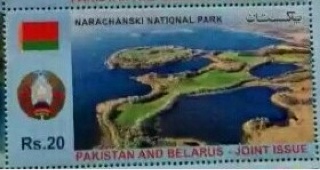 A surprise item arrived in the post yesterday - a cover with a second class "Machin Head" definitive stamp attached to it. Not surprising at all you might think. However, it took some time to realise that this cover was rather different - the stamp was not adhered to it but printed on it along with the pre-printed "postmark".
So, not only are adhesive commemorative stamps not being used on mail now, even the humble second class definitive is being replaced by imprinted postal stationery. If postage stamps are not being used on mail then they have ceased to be postage stamps and therefore have no place in my collection of postage stamps. The telling of the story of the development of mail delivery moves on from collecting pictures on sticky paper to collecting covers which have actually travelled through the post with mail inside them - this cover is altogether cheaper (well, free actually) than a set of 10 "Mr. Men" stamps but yet a thousand times more significant. 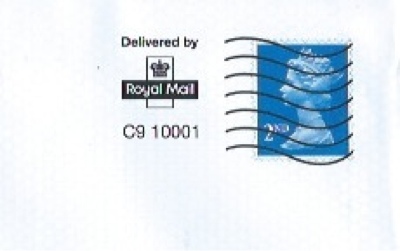