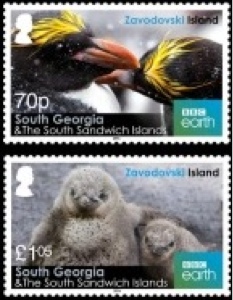 The postal service of South Georgia And The South Sandwich Islands will issue a set of 4 stamps on 28 November 2016 to mark the filming of some of the wildlife of Zavodovski Island by those producing the second series of the BBC's "Planet Earth". The stamps depict four superb photographs, all featuring penguins, which were extremely well-chosen by Creative Direction as usual. The stamps were designed by Bee Design from photographs by Elizabeth White and BBC Natural History Unit and lithographed by Cartor and perforated 13.5. Yet another beautiful issue from the Creative Direction/Pobjoy Stamps stable. Rating:- ***** (of course). 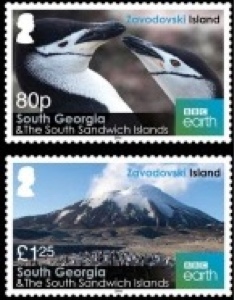 Creative Direction is also responsible for the production of yet more excellent stamps - a set of four from the Tristan Da Cunha postal service which commemorates the 180th anniversary of the arrival of Peter Green on the island and the wreck of the American schooner Emily of Stonnington on which he had been travelling. William Peter Green was born Pieter Willem Groen in Netherlands and he was ine of three men who decided to settle on Tristan after the shipwreck. He married Mary Jacobs in December 1836 and they had 8 children and eventually, in 1857, Peter became the Headman of the island's community. He held that position until 1902 when he died at the age of 93.
The stamps were designed by Andrew Robinson, the 35p featuring a painting of Katwijk in Netherlands, where Green was born, by Emil Neumann, and lithographed by Cartor and perforated 13.5. The issue will be released on 10 November 2016. Rating:- *****. 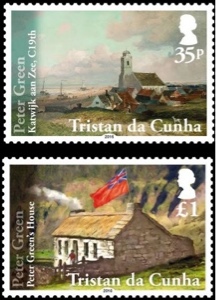 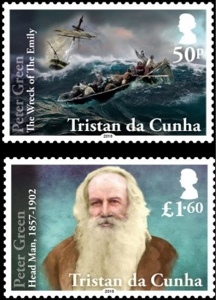