Blog 836 highlighted the presence of Post and Go kiosk M007 (Licensed to Dispense) at the Royal Mail stand at the Conservative Party Conference recently held in Birmingham between 2 and 5 October 2016. The products dispensed by  the machine were important because they had additional site locating inscriptions - "Birmingham/2016". This was the first time, as far as I know, that such items had been produced at a British party political conference though Royal Mail certainly had a kiosk on its stand at the 2015 Conservative Party Conference and I wondered if similar site-specific Post and Go stamps had been dispensed from a kiosk at the previous Labour Party Conference in Liverpool (25 - 28 September 2016) and whether such items would also emerge from the Scottish National Conference which has just been held in Glasgow (13 - 15 October).
And indeed such items have been produced. Post and Go stamps with additional site-specific inscriptions have now appeared for sale from at least 2 dealers on E Bay. Both the "Machin Head" stamps and "Heritage transport" stamps are on sale with inscriptions reading "Liverpool/2016" and "Glasgow/2016". Apparently, the Liverpool items are the rarest - as rare, it seems, as Labour MPs in Scotland (well, not quite that rare).
Kiosk M007 is the source of all of these stamps which are of historic interest and have served a practical postal purpose and I would think are an important addition to any collection of "British" stamps in general and "Post and Go" stamps in particular. The Scottish items in particular may be of future interest with the mutterings from the Scottish Nationalists that they wish to hold another referendum on Scottish independence leading, possibly, to Scotland becoming an independent state and issuer of its own postage  stamps. Rating:- *****.
The remaining question I have is - were site-specific stamps also produced at the Liberal Democrat Conference held in Preston from  17 - 20 September? I haven't seen anyone offering such items for sale but if such stamps do exist then I'm sure they must be very rare. Does anyone know? 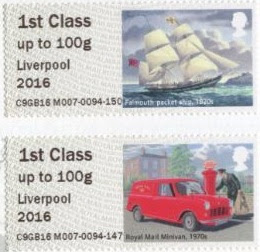 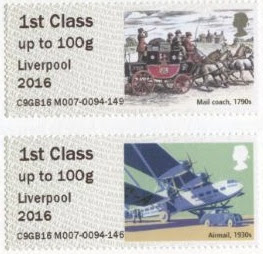 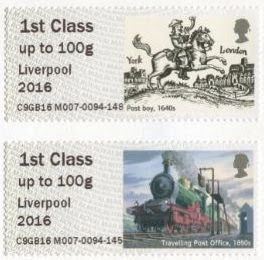 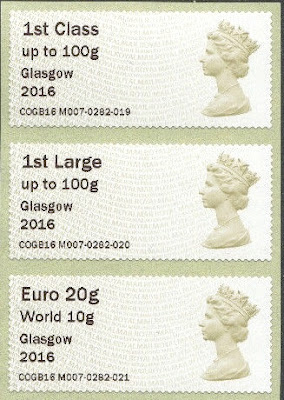 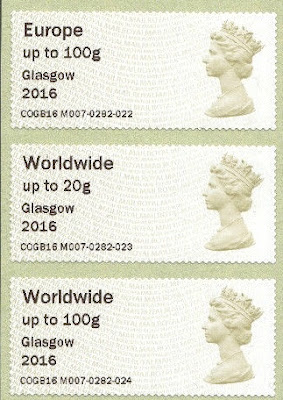 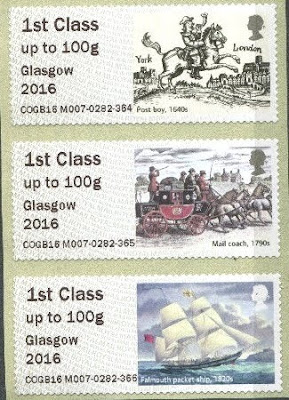 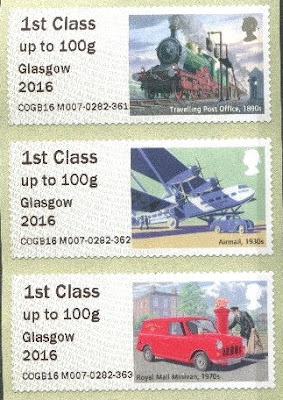 Mentioned in Blog 840, I now depict all 6 values of the Jersey Post "Post and Go" strip which commemorates the 950th anniversary of the Battle of Hastings, dispensed from the Broad Street post office kiosk from 4 October 2016:-

In Blog 836 I depicted 2 of the 3 stamps which make up the An Post Christmas set for 2016 and I now show the remaining 72c value which is to be issued in booklets of 26 and was designed by Work Group and lithographed by Cartor and perforated 13. The SOAR stamps were Printed in HP indigo high resolution digital print and perforated 11 x 11.5. Rating:- ***.