Jersey Post will issue 1 stamp and 1 miniature sheet on 5 January 2016 to commemorate the lunar new year which will be the Year of The Monkey. There seems no reason at all for Jersey to release this issue but at least anyone who feels incapable of resisting the urge to buy these products will find that the pair of items is reasonably cheap at £1.47p. The items were designed by Wang Huming of Beijing. Rating:- 0. 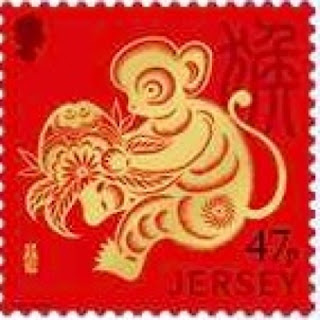 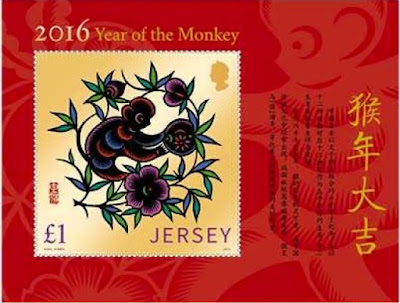 Mauritius Post issued a single stamp on 7 December 2015 to commemorate the Bicentenary of the island's National Archives. Rating:-**. 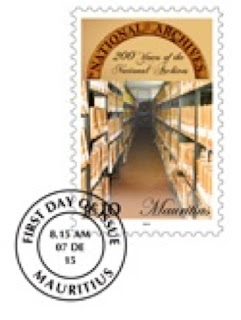 The set of 4 stamps mentioned in Blog 662 which was released by the postal service of Nigeria on 23 October 2015 to commemorate the 55th anniversary of the University of Nigeria and its hosting of the West African University Games has been issued in 2 formats - with and without holograms (the hologram-less stamps are depicted below). There is also a miniature sheet, as described in Blog 662, which contains all 4 stamps without holograms in imperforate format.

Australia Post found it necessary to squeeze yet another issue into its enormous list of new issues of 2015 by releasing 4 stamps on the subject of Wild flowers on 14 December. Of course these stamps come in numerous formats - thus there are 4 gummed stamps (total face value $5), 3 self-adhesive values from coils (total $3) and 3 different self-adhesive stamps from 2 different booklets (10 x $1 and 20 x $1 - total cost of booklets being $30). The total cost of this issue therefore amounts to $48. Merry Christmas to Australia Post! At least the collapse in the value of the Australian dollar means that these items are less expensive for anyone living outside Australia. Rating:- *. 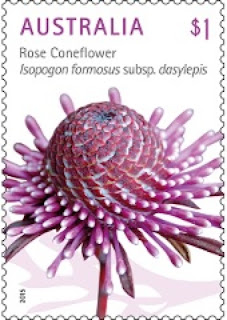 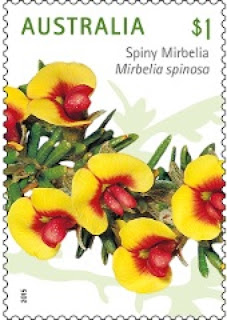 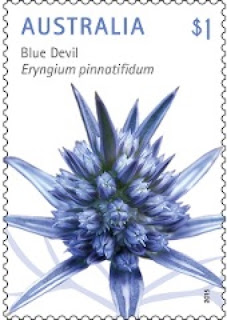 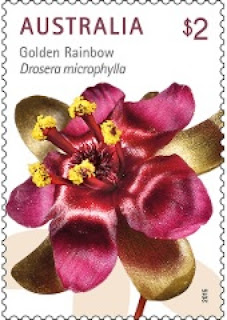 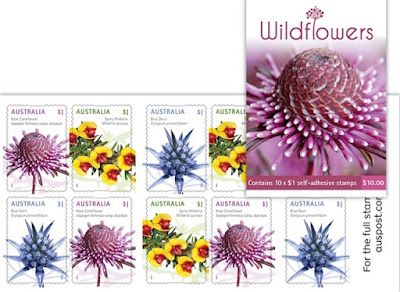 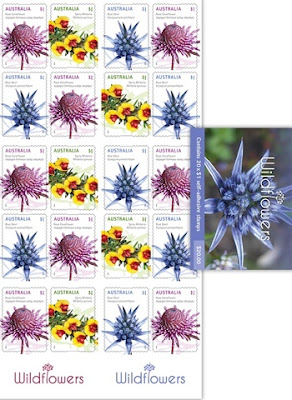 Singapore Post issued a set of 4 stamps on 16 November to commemorate the Indian Heritage Centre managed by the Singapore National Heritage Board with the support of the local Indian community. Rating:- **. 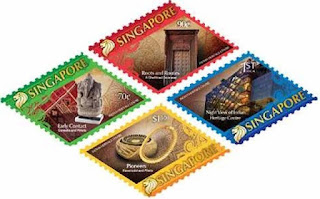 India Post has released 2 new stamps in its 11th definitive series, "Makers of India". The designs feature Swami Vivekananda and Dr. Rajenda Prasad. The stamps were printed by the India Security Press, Nashik Road. I am not sure of the dates of issue at present. Rating:-* 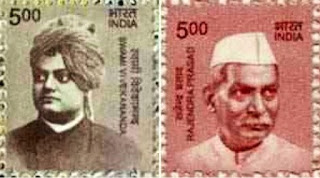 In Blog 669 I included illustrations of the Royal Mail Post And Go label Collectors' strips with new inscriptions and logos which are now being dispensed from the kiosks situated at the Fleet Air Arm Museum and the Royal Navy Submarine Museum. Below here I also illustrate, for completeness, an example of one of the labels from each of the Collectors' strips dispensed at the Royal Marines Museum and the Royal Navy Museum. Rating:- 0.